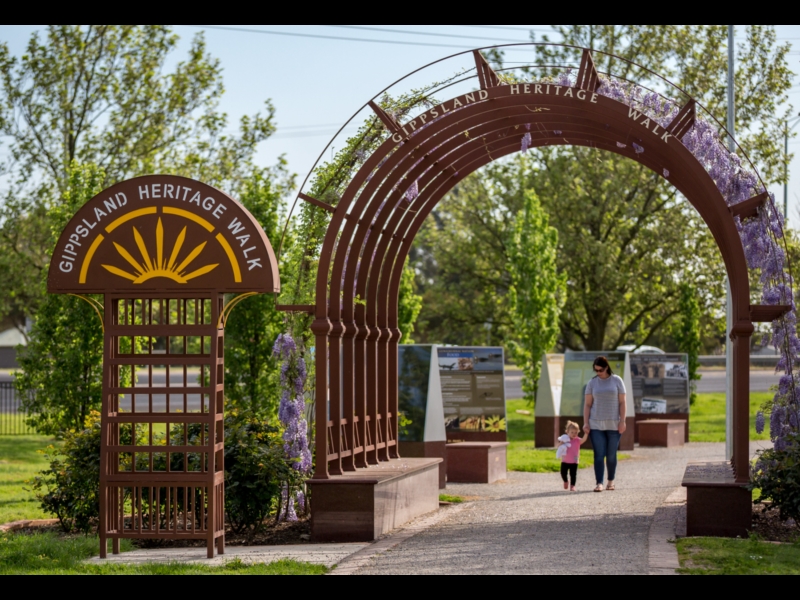 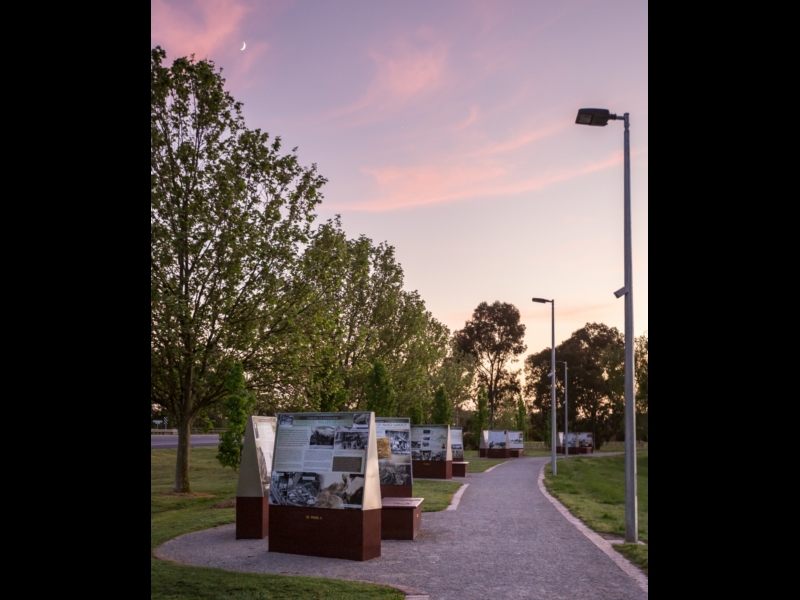 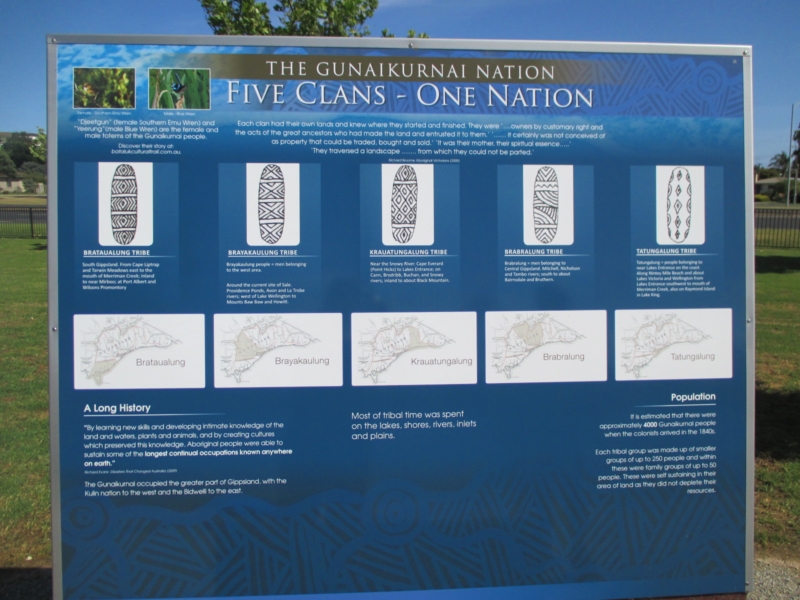 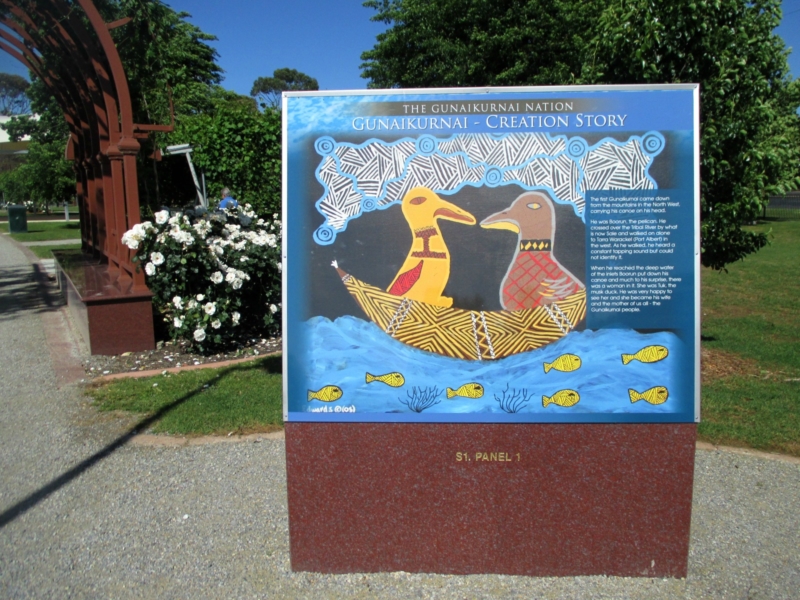 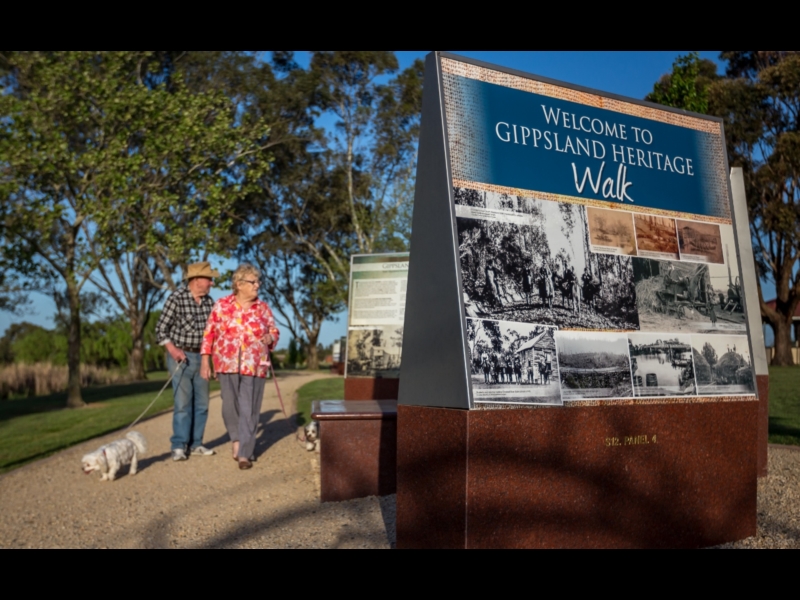 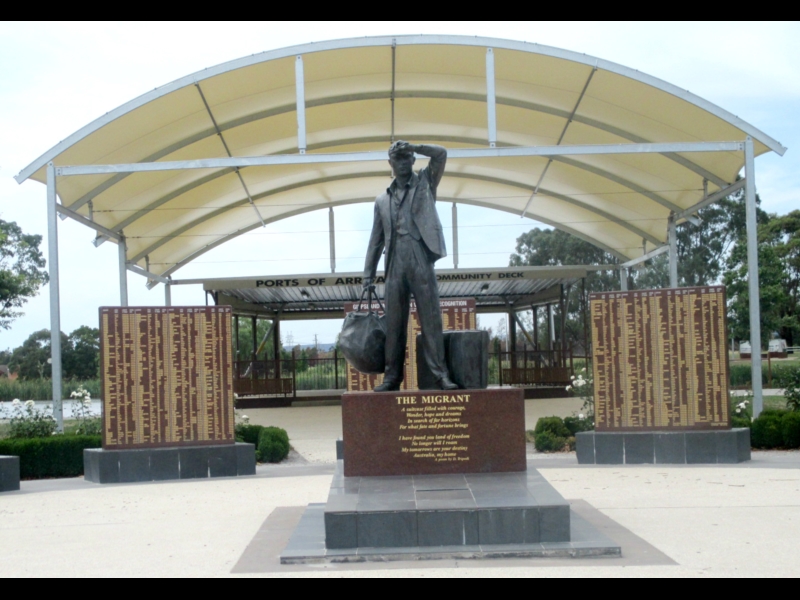 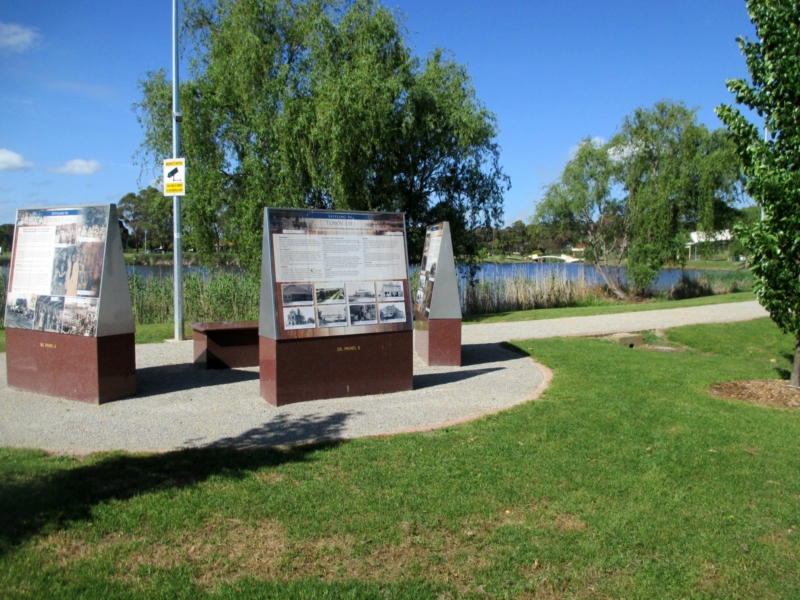 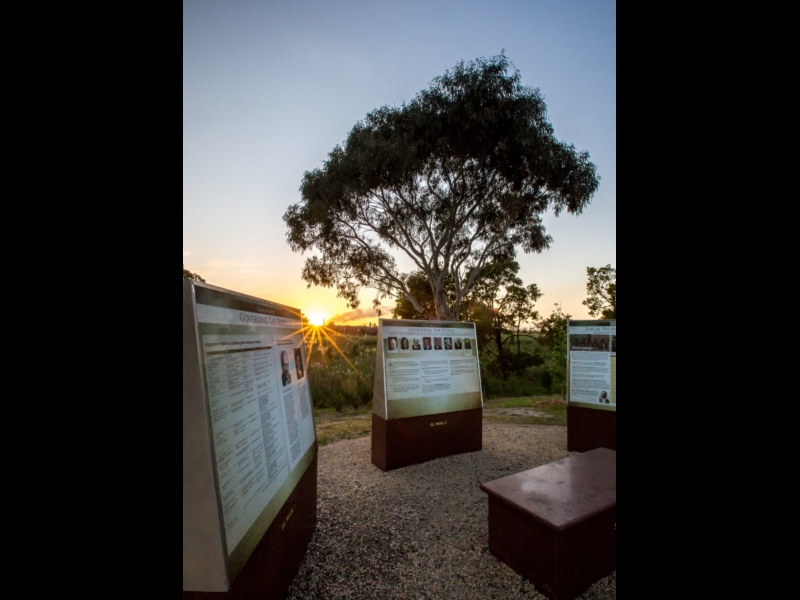 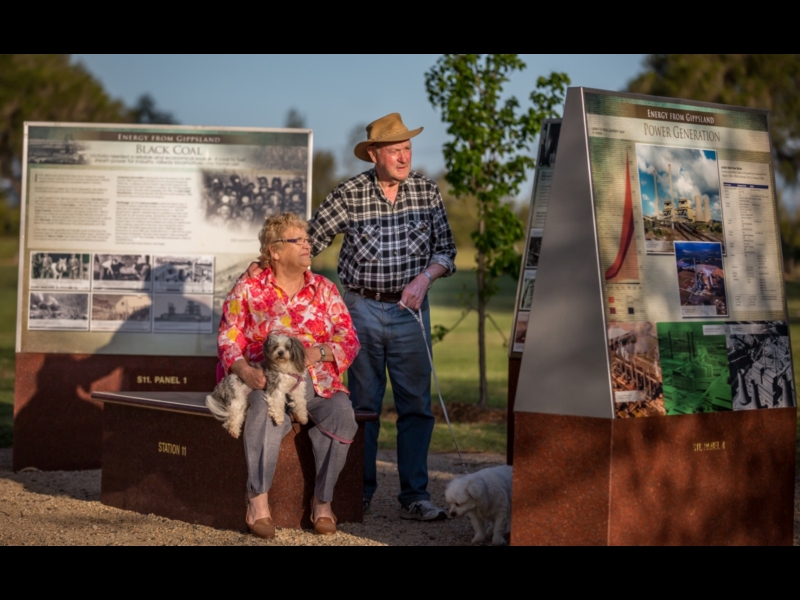 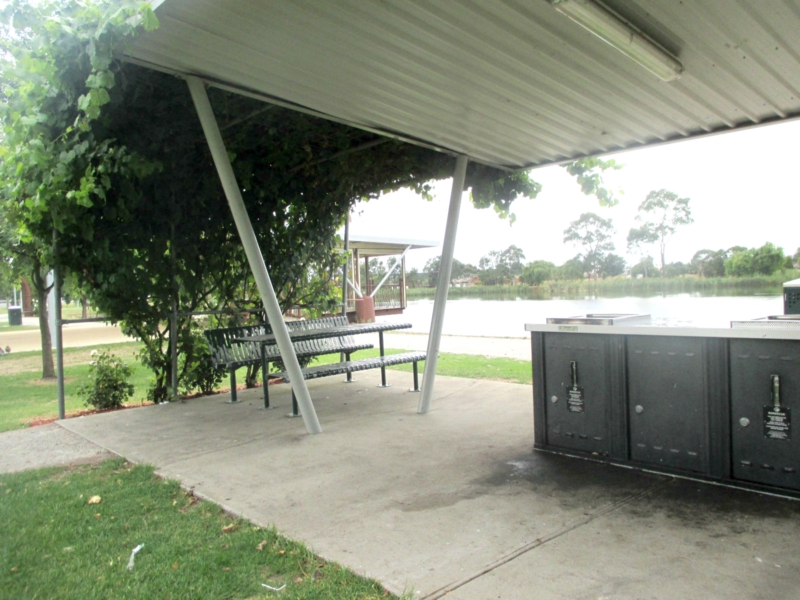 One of the most exceptional presentations of history you’ll find on a walk anywhere in Australia, this is a beautiful textual and pictorial narrative of Gippsland’s development.

The 600-metre Heritage Walk, contained within the Gippsland Immigration Park, is situated around the Kernot Lake on the Princes Way in Morwell (exiting north from the Princes Hwy at Monash Way C456). Starting at the Welcome Archway, the Walk has extensive landscaping, including an avenue of trees that reflect the changes in season. The numerous ducks and geese on Kernot Lake are also a popular attraction, with an occasional flurry of fishing when the trout appear.

The Heritage Walk is the product of detailed research over four years and is an initiative of Gippsland Immigration Park Inc, a group of volunteers who worked extensively with historical societies, academics and community groups to provide this rich tapestry of history. Photographs, timelines and stories are showcased at twelve stations, depicting the development of Gippsland from its Gunaikurnai origins through to European exploration and settlement, including the successes and hardships of the various industrial and social achievements across the decades. Each station features six panels and a bench on which you can rest as you read.

Stations 1 & 2 provide an overview of the original occupants of the region, the Gunaikurnai nation. (If you’d like to learn more, take a walk along the adjacent Aboriginal Waterhole Creek Cultural Heritage Trail with its series of exquisite murals at the northern end of the Heritage Walk.).

Ten further stations follow the path around the Lake, each with a themed display such as the tales of the early squatters and selectors, the timber workers, farmers and goldminers along with the establishment of the fishing industry. Learn about the development of the coal and power industries. Find out how the area was governed, the artistic and sporting achievements and how emergency and medical services have been provided or simply study the list at the start of the walk to select what most interests you and head for that station.

The Gippsland Immigration Wall of Recognition stands in a semi-circle adjacent to the Heritage Walk. The Migrant statue stands in the centre of seven walls of granite, four themed: Departing/Arriving; Settling; Working; and Achieving. The remaining three have inscribed 2,500 names of Gippsland’s various ethnic families, one explaining the immigration history.

Next to the Immigration Wall, the Port of Arrival Community Deck built over the edge of the lake symbolises the long journey a multitude of migrants made to reach Gippsland. It’s a popular function space for weddings, musical events and formal presentations, drawing people in to enhance their knowledge and understanding of Gippsland. There is a well-maintained and sheltered BBQ area along with a children’s playground.

A beautifully constructed archway welcomes walkers to this brilliant overview of Gippsland’s history.

The path around Kernot Lake is user-friendly to all ages and abilities, and is populated by numerous information boards.

Gippsland’s original inhabitants, living in this region for thousands of years, are the Gunaikurnai nation with its five clans sharing the land.

This plinth tells the creation story of Boorun, the male pelican, and his wife Tuk, the female musk duck.

5. A rich fabric of history

Settlement stories are told through both photos and text, starting with the prospective squatters who came south over the Victorian Alps to settle in the central Gippsland Plains and beyond.

Created by sculptor William Eicholtz, this central figure stands in the centre of the Gippsland Immigration Wall of Recognition.

Learn about how the various townships were established across the region over the years.

Whatever time of day you take this walk, you will be treated to an extraordinary diversity of historical facts about Gippsland.

Take some time to absorb the information and contemplate the photographs which, as the saying goes, prove that a picture can paint a thousand words.

An excellent venue for family and community gatherings, there are two covered areas with electric barbeques as well as a children’s playground.