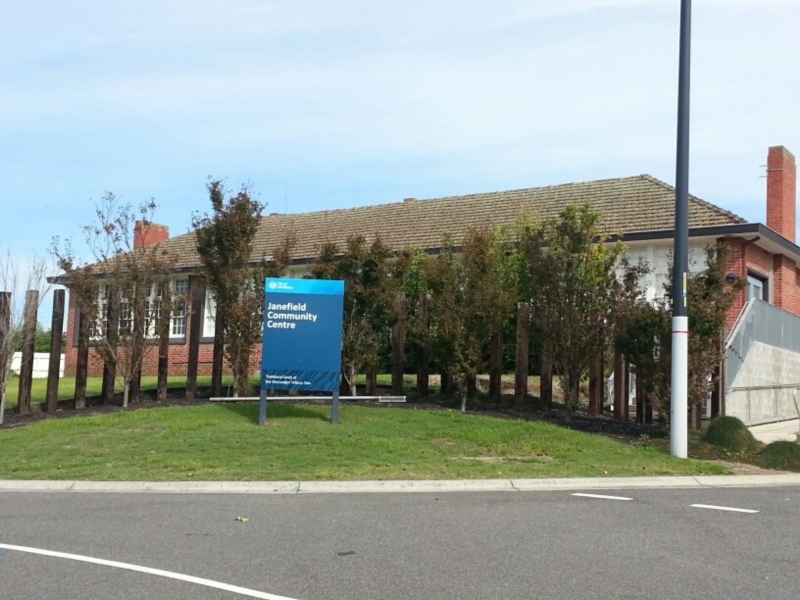 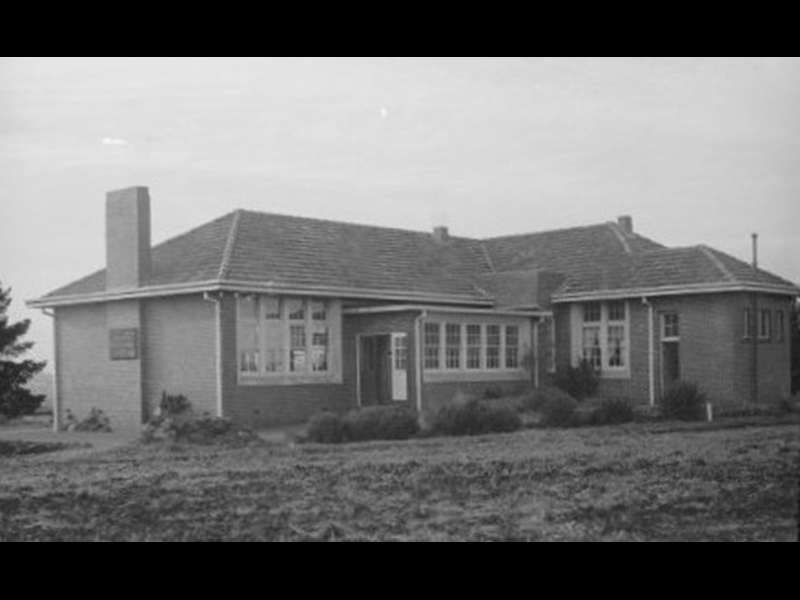 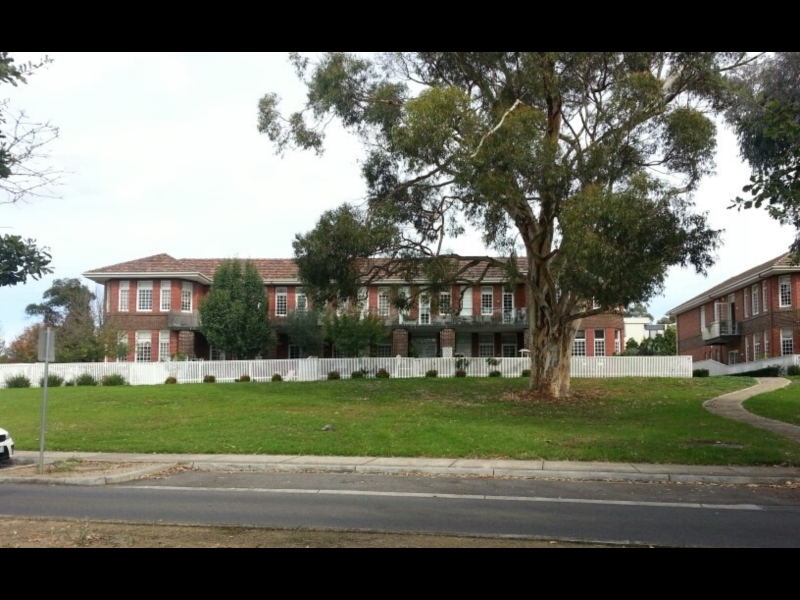 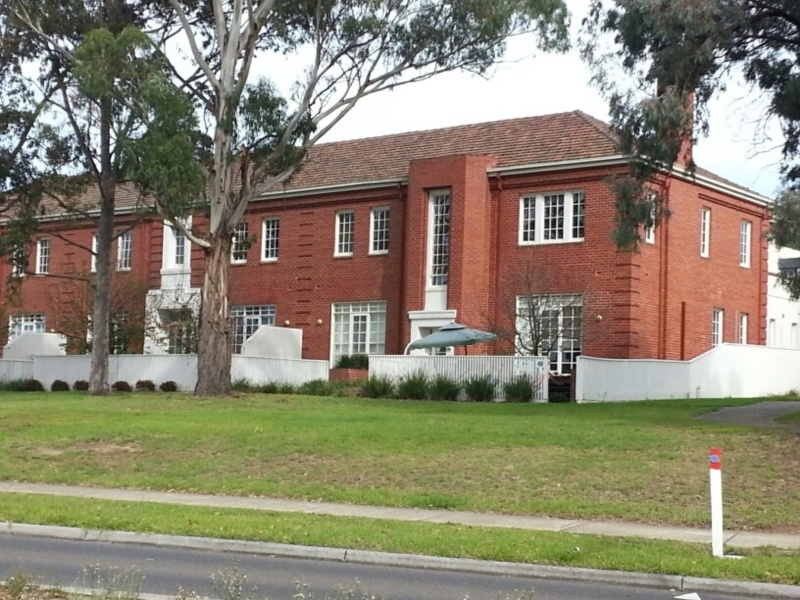 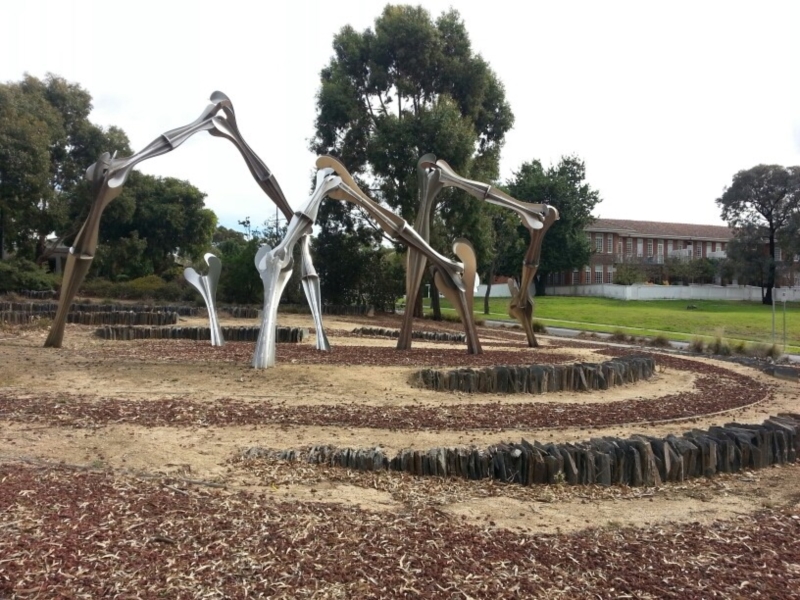 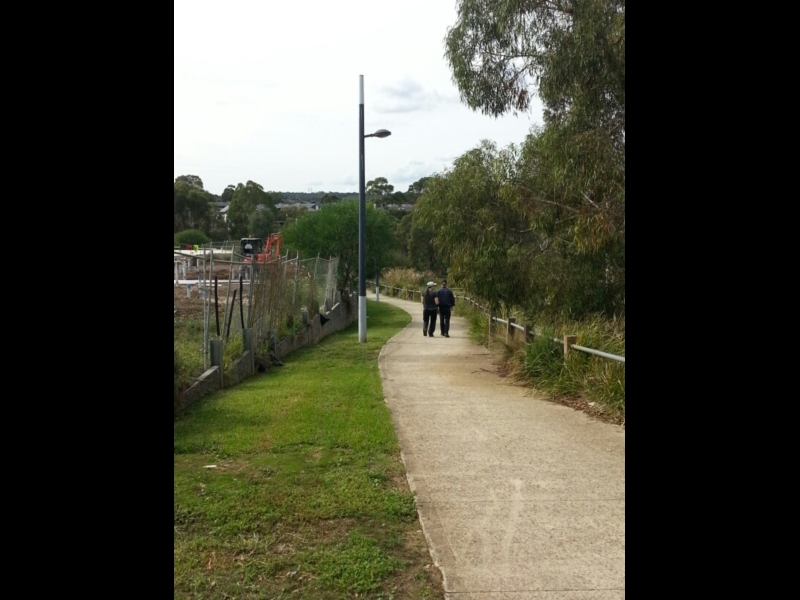 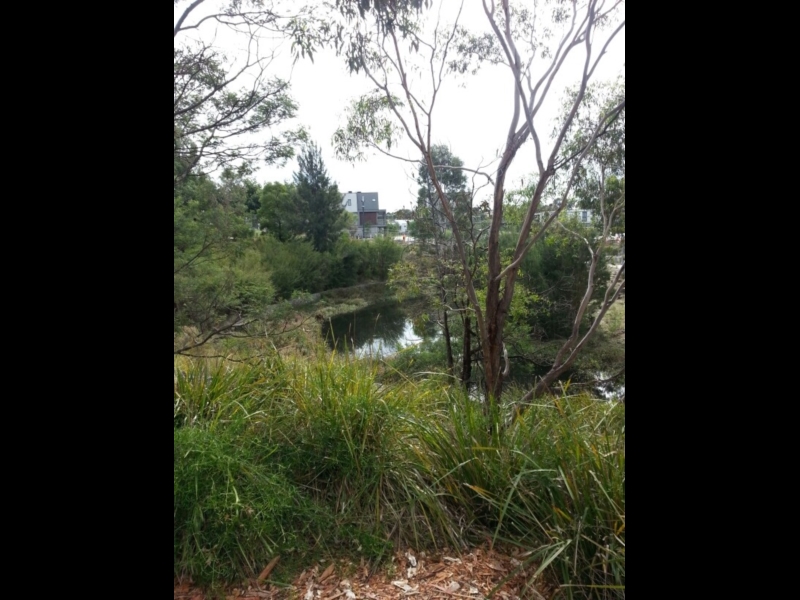 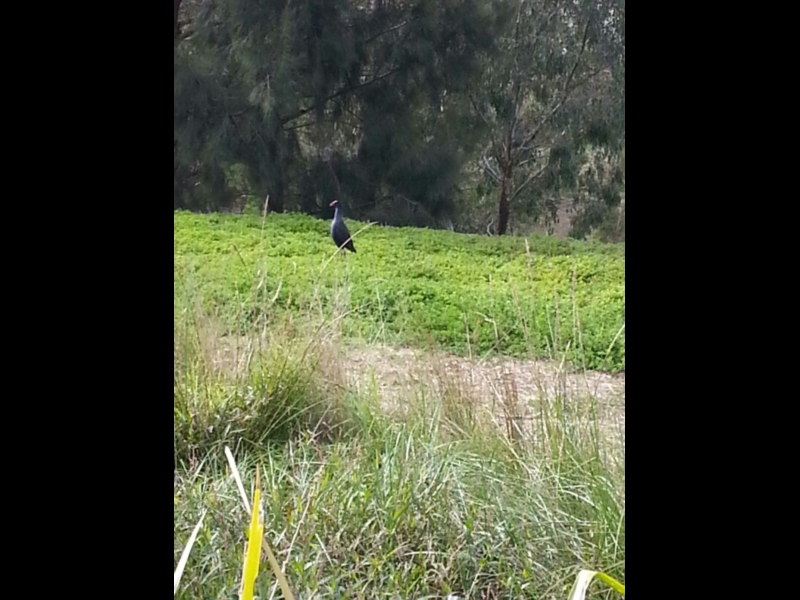 Janefield was originally farmland with a TB Hospital for returned soldiers after WW1. From 1939 it became the Janefield Training Centre for young girls with intellectual development issues.

Janefield was originally farmland with a TB Hospital for returned soldiers after WW1. From 1939 it became the Janefield Training Centre for young girls with intellectual development issues.

The walk commences at the Janefield Community Centre. This building was used from 1944 as a school for the Janefield Training Centre, teaching primary and secondary classes and with special classes for children who were deaf. The young ones lived on site in wards, three of which still stand on Linacre Drive. A large Administration building and Nurses Home can be seen between these wards. Apartments have been developed in these refurbished buildings. About 60 other buildings originally existed on the 700 acres of farmland. 200 acres east of the Plenty Gorge also formed part of the Janefield land. The original bluestone farm house was utilised until it was demolished in 1967.

Girls were educated at the school and also taught domestic skills, and when boys started to be housed and trained here, they drove tractors and rode horses to help with the farm work. By 1958 there were 293 children at Janefield, and ten years later there were 497 boys and girls in care. Some were helped to develop fully independent lives. Local schools, scouts, girl guides and the Girls Friendly Society helped the Auxiliary raise extra funds and put on entertainment for the Janefield children.

Fruit, vegetables and tobacco were cultivated, and hay and wood harvested from the farm and paddocks by the farm workers. Poultry, pigs, dairy cows and sheep were raised and provided valuable produce for the Victorian Mental Health Hospitals.

Originally in 1920 the site had been used as a Tuberculosis Sanatorium where military veterans from WWI could be housed to recuperate and learn farm skills. This function was discontinued in 1933 as TB patients were cared for now at the Macleod Sanatorium near Mont Park.

Back in the 1850s there was a race course on this site and before that the Wurundjeri Indigenous people roamed the Plenty Gorge area. Here they had always enjoyed an abundant natural food supply and clean flowing water. A corridor of native vegetation still exists along Plenty Gorge to the east of University Hill.

This red brick building was constructed in the 1940s and contained classrooms and a hall for use of girls who had intellectual development issues and were cared for at the Janefield Training Centre.

Cross over to Linacre Drive and wander down the hill noting the new houses and apartments. On your left the houses face onto the parklands leading into Plenty Gorge.

Wards for the girls who lived on site were built from 1939 to 1952. By 1947 a babies nursery operated as well. Some of these girls with the careful training at Janefield achieved adult independence.

The building with the big white door featured in the centre was an administration building and Nurses Home. This is opposite one end of Edinburgh Circuit. It is used as apartments now.

5. Female Ward F4 and 'Os' Park on the corner of Mammalia Drive

Mammalia Drive corner has a park with a huge stainless steel sculpture called 'Os' which captures the light at different angles all through the day. Artist Alexander Knox produced this unique work.

Retracing your steps back up Linacre Drive, you can take off to the right down the walking path into the lovely parklands away from the houses.

7. Lake in the parkland

Some lakes are visible in the bushy surrounds along the pathways, and these walking paths are popular as they can be explored for a long way.

8. Back to Linacre Drive

Watch for water birds in the greenery as you head back towards the road and the University Hill houses and shops. The area has really evolved since being a TB hospital for returned veterans of WWI.

9. Back towards the Janefield Community Centre

We have now seen the 5 buildings remaining of the original 60 structures - the Janefield boys' wards, staff houses, engineering works, occupational therapy areas and chapel etc are all gone.