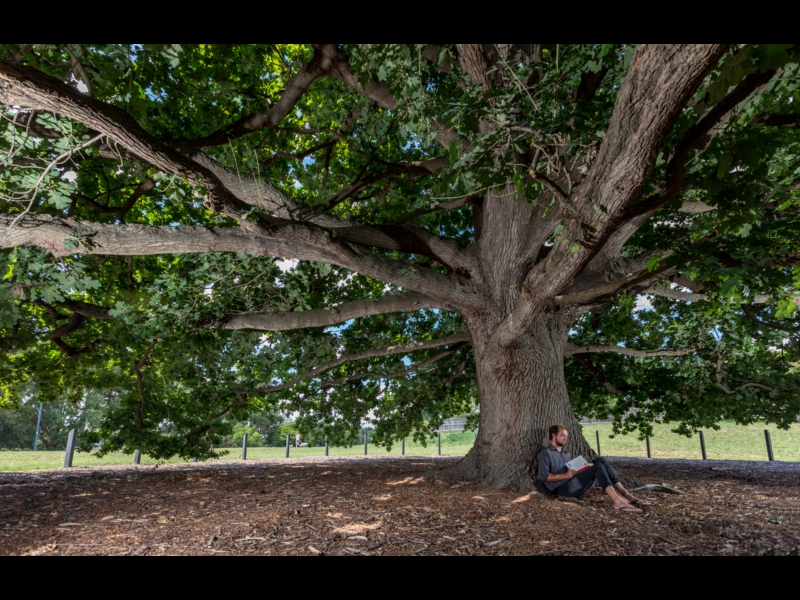 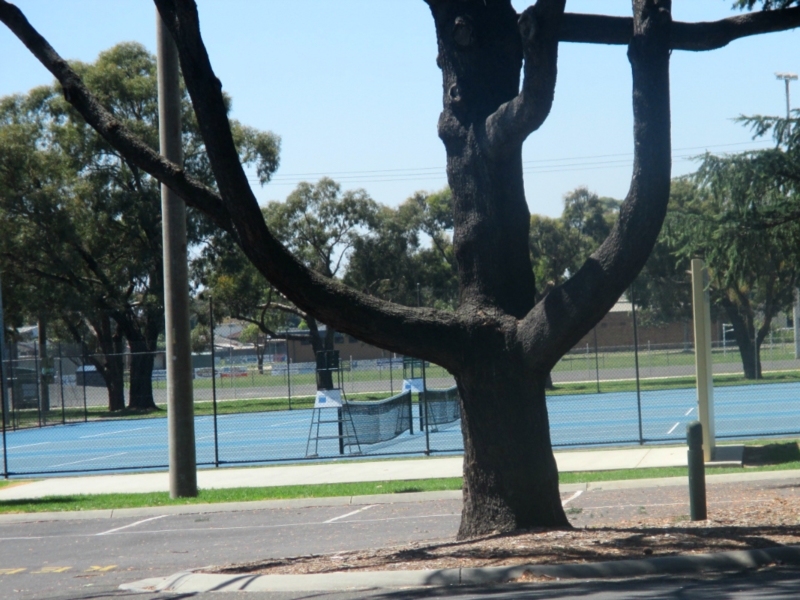 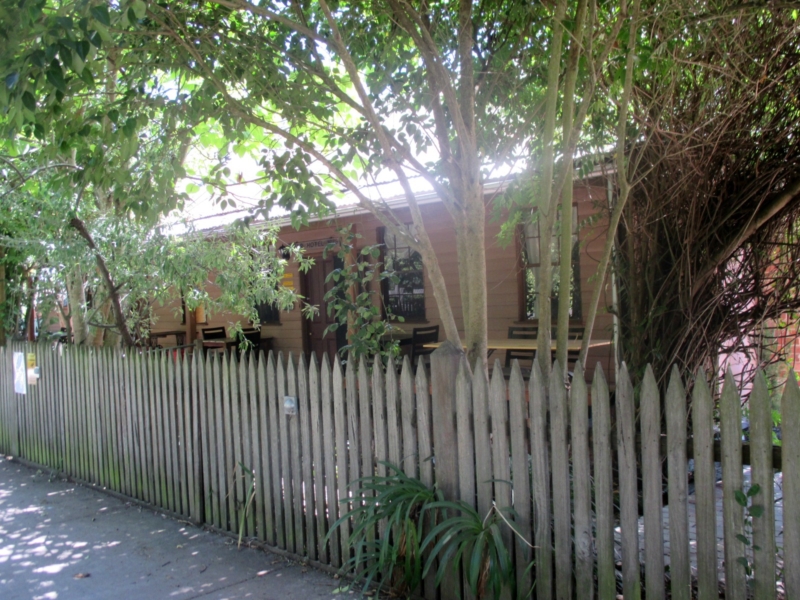 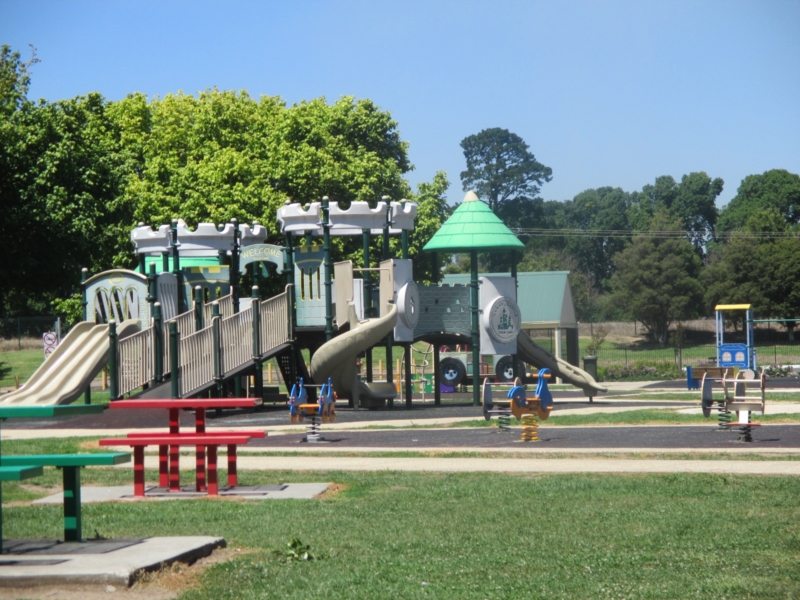 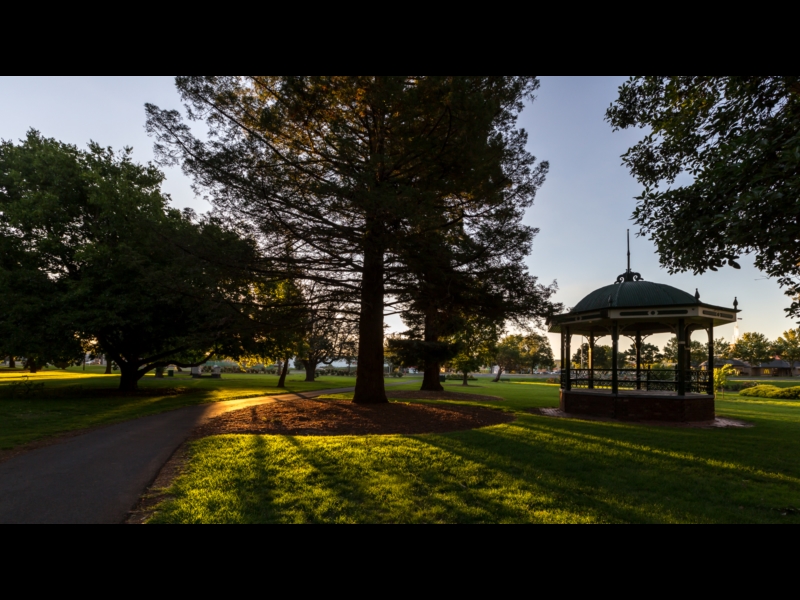 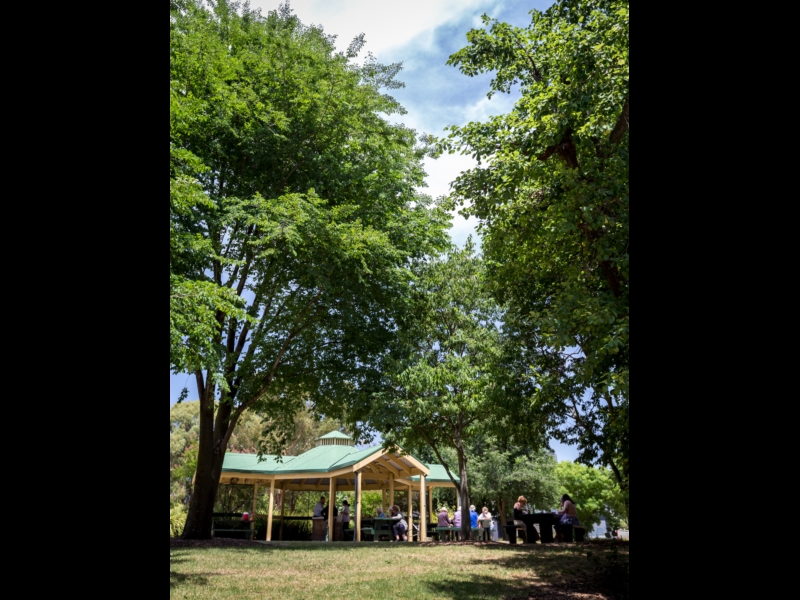 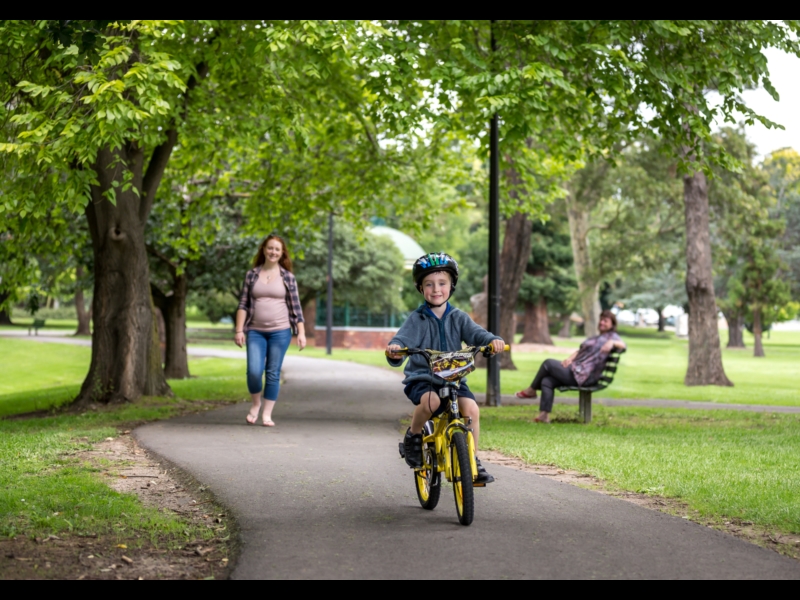 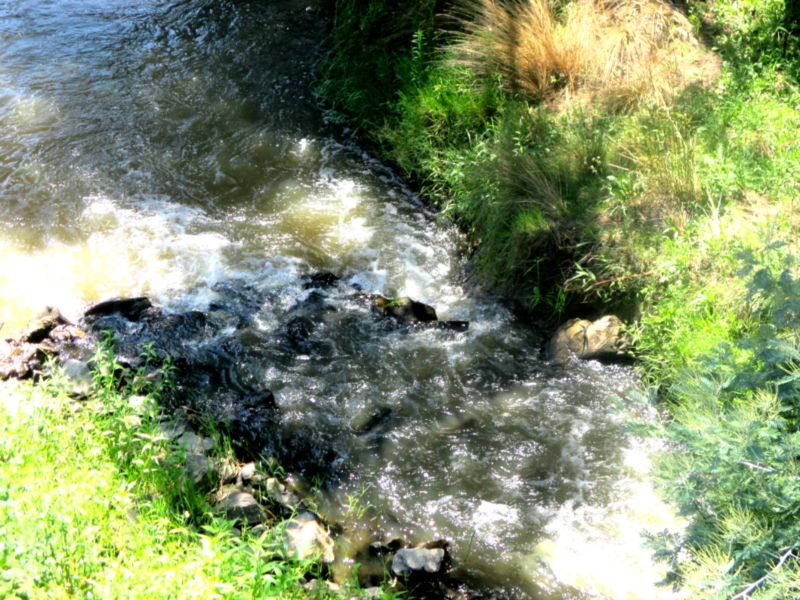 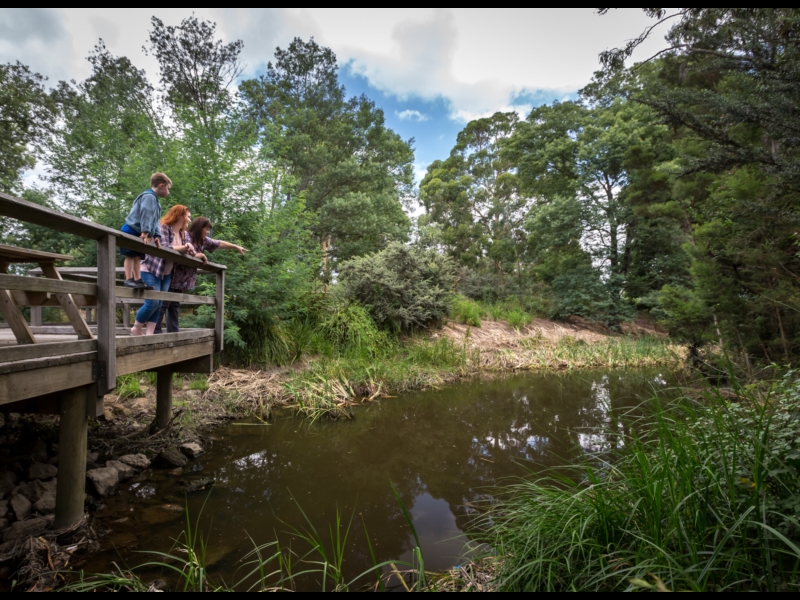 This walk showcases Traralgon's hidden treasures, including an arterial waterway that blends a rich diversity of the natural world with the centre of Gippsland’s largest city.

This walking track will take you on an 8.5km loop alongside the Traralgon Creek through a fascinating mix of history, landscape and modernisation. The easiest access point for walking the entire trail from its northern end is at the Agnes Brereton Reserve Sports Complex on the west side of the creek corridor on Breed Street, or alternatively at the tennis courts and skate park in Franklin Street. Both sites have ample car parking. If you would prefer to start at the southern section, there is a small car park next to the Rifle Club on Shakespeare Street that leads to the track and a viewing platform over the wetlands.

Traralgon Creek lies within the catchment of the Latrobe Valley at the heart of Gippsland, nestled between the Strzelecki Ranges and the Baw Baw Plateau. The Creek runs through the city’s centre, its green belt separating the eastern and western suburban areas. The urban area is also enclosed between large open-cut mines to the north-west and south-east.

Historians have suggested that the name Traralgon comes from the aboriginal words “tarra” meaning river and “algon’ meaning little fish, although more recent studies suggest these are not accurate in the Gunaikurnai language. It is guessed that the name was given by Dr Edmund Hobson, who In 1844 took ownership of the Run. The expansive flatlands were quickly established by the dairy, cattle and saw-milling industries. Traralgon is now a commercial hub, the coal industry as well as the local surrounding agricultural, pastoral, paper-making and timber industries.

Along the west side of the Creek, the historic Star Hotel should not be missed. You will also find excellent parklands intermixed with remnant stands of vegetation and several areas of revegetation. It’s well worth packing a picnic and taking some time to enjoy the adventure. Further on, Newman Park has a huge adventure playground and picnic area. An adjacent miniature train station complete with tracks that operate steam and diesel trains is open to the public on the 4th Sunday each month.

The 7-acre Victory Park is a peaceful oasis on the Princes Highway, with the beautiful Bandstand Rotunda and ornate bridges. Victoria’s only Azarole Hawthorn Tree (thought to be a hybrid of Crataegus azarolus) is well established. A tribute to the soldiers of WW2 is The Lone Pine Tree, while the Las Compitalis marble sculpture crafted by internationally renowned artist and resident of the close-by Cowwarr Art Space Clive Murray-White is another popular attraction. The Bert Thompson Reserve, also with picnic facilities, is on the eastern side of the Creek and commemorates a highly regarded community leader who bought the Traralgon Journal in 1936 and then edited for many years.

1. Under the Oak Tree

There is a small section just north of the Agnes Brereton Reserve on Breed St that is home to some superb old Oak trees which provide a great place to rest and maybe even take along a book to read.

Traralgon is well endowed with sporting facilities such as the large tennis complex on the east side of the Track, opposite the Agnes Brereton Reserve.

Now a popular eatery located at 17 Peterkin St, this is an extraordinary piece of colonial history going way back to the late 1800s.

This is a step above your average playground, and is just one of many of the attractions of Newman Park and the Gippsland Model Train Club just next door.

Whilst this looks like it harks from colonial times, this rotunda in Victory Park opened in 1986 is a replica of the Walhalla Bandstand built in 100 years earlier as a tribute to the Gold Rush years

6. Plenty of space for a picnic

There a number of parklands to discover on the Traralgon Creek Track, with a particularly lovely picnic area in both Victory and Newman Parks.

Whether you want to take a seat to enjoy the surrounds, accompany a bike rider or just walk the track, you’ll find the journey a relaxing one.

With its own small sections of rapids, this Creek is a delightful arterial waterway in the middle of Traralgon’s CBD.

You don’t have to get your feet wet to get a really good look at the Traralgon Creek and its wetlands, which have been carefully regenerated for everyone’s benefit.