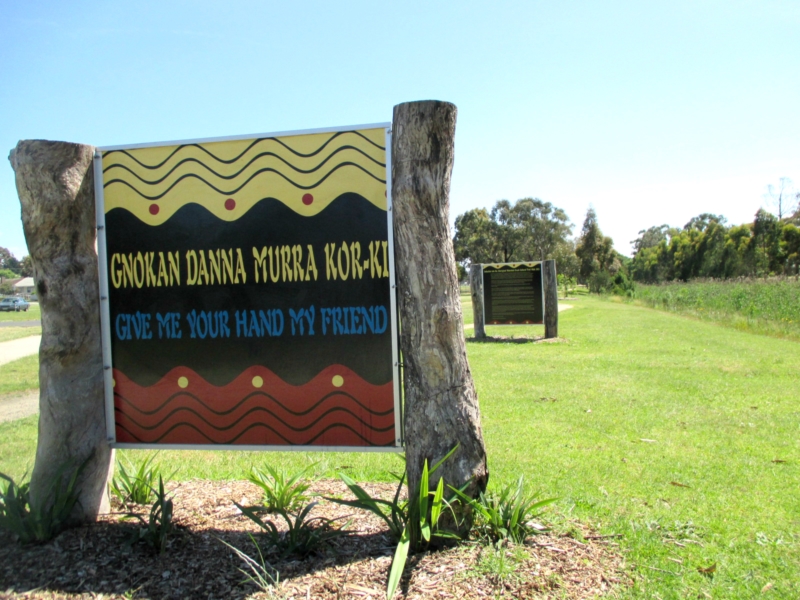 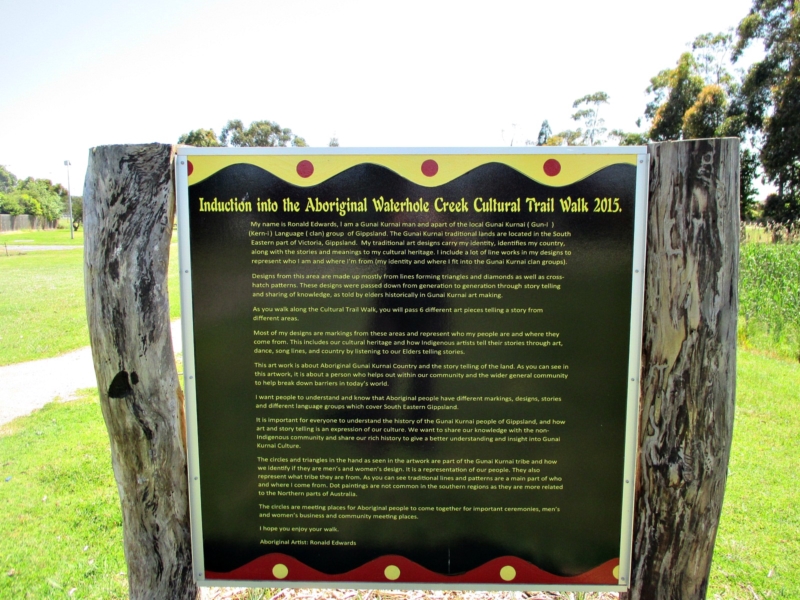 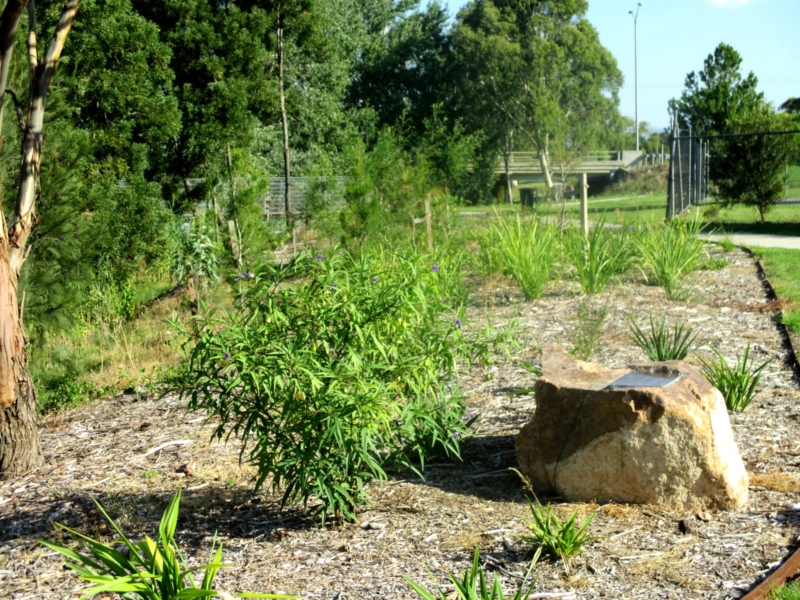 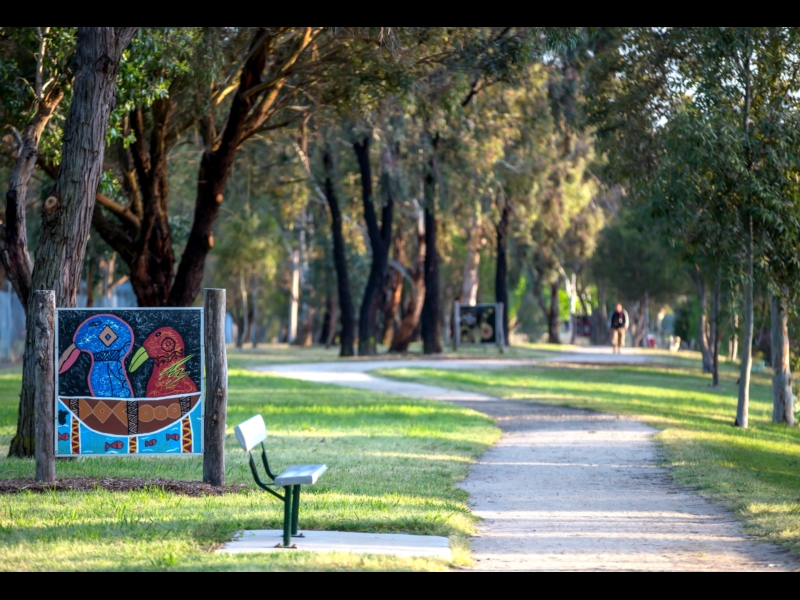 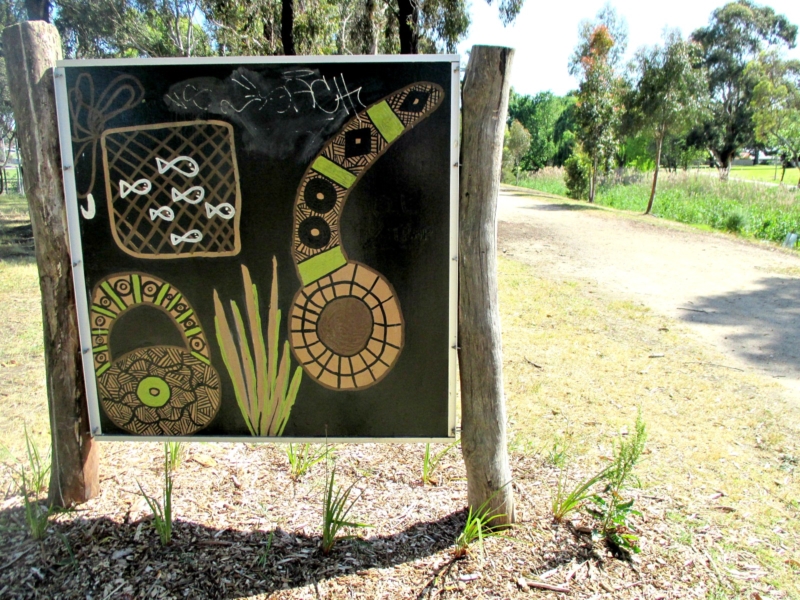 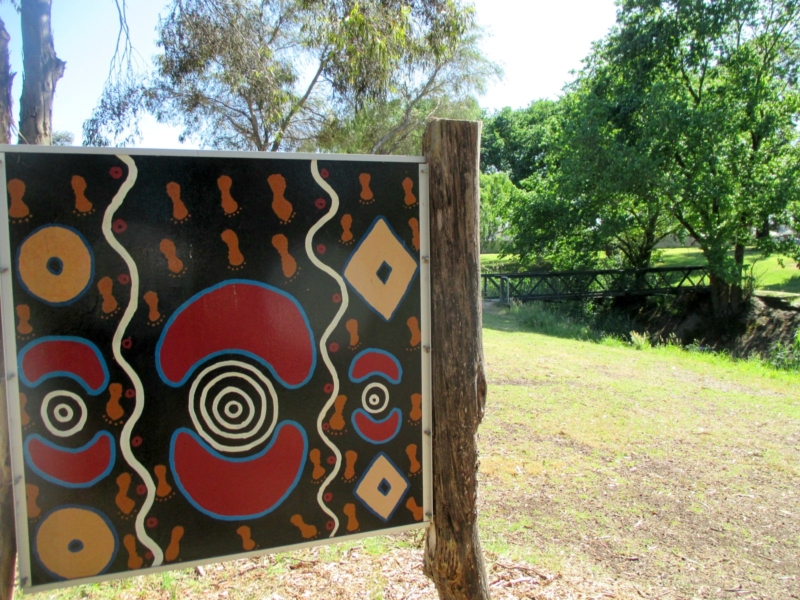 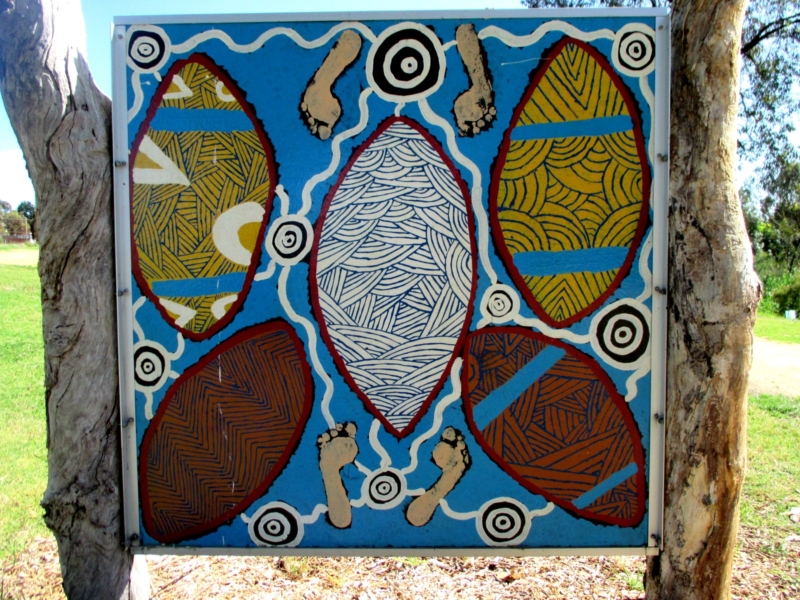 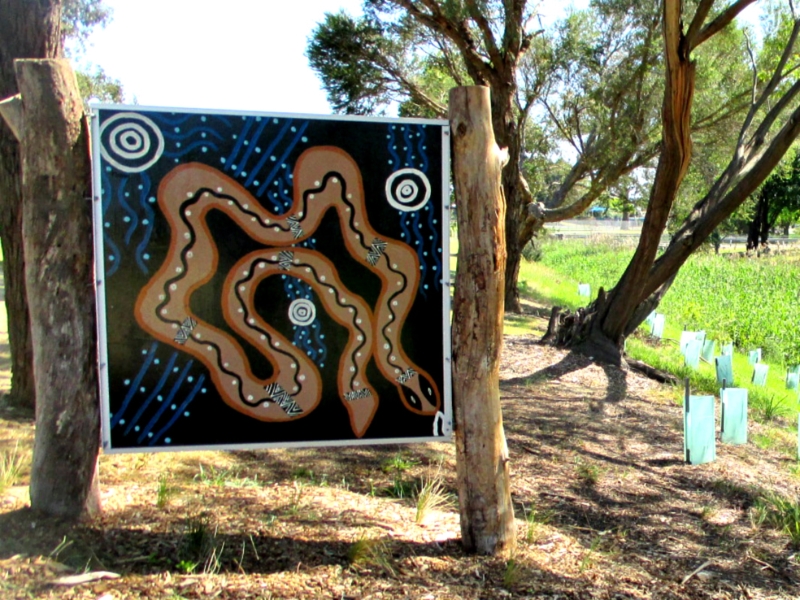 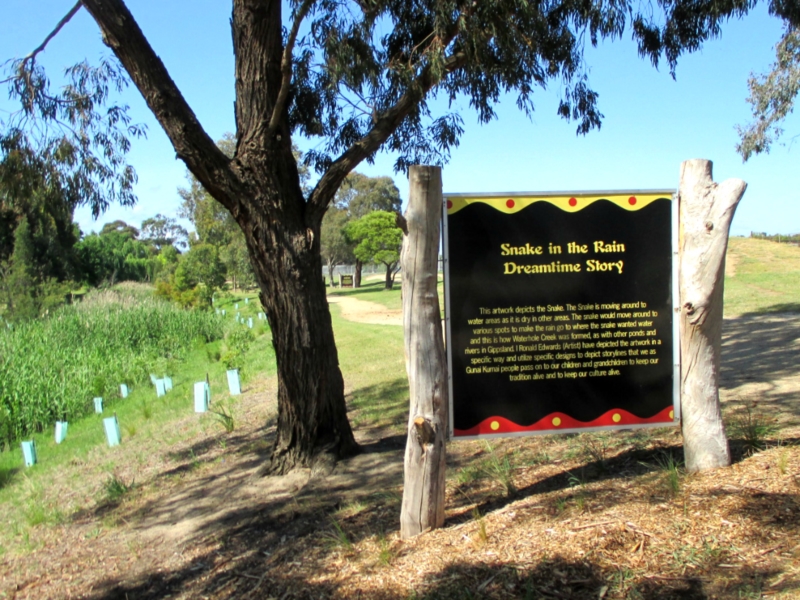 For those wishing to discover more about Gippsland’s rich indigenous heritage, this cultural trail is an excellent place to visit. This walk is user-friendly for all ages and abilities.

The simplest way to access this delightful walking trail is via the Gippsland Heritage Walk, located in the Gippsland Immigration Park beside Kernot Lake on Princes Way in Morwell. At the northern end of the Heritage Walk, a sign directs you to the start of the cultural trail that begins at the underpass (with murals on the walls and bridge bollards painted in the colours of the Aboriginal flag). Upon exiting the underpass, a bush-tucker garden is becoming established and the welcome mural and introductory signage created by artist and Gunaikurnai man Ronald Edwards gives context to the various murals, each providing a description on the back of the artwork. Alternatively, you can park at the traffic school on Brisbane St (off Churchill Road) although you won't walk through the underpass.

Having lived in Gippsland for thousands of years, the Gunaikurnai nation is one of the biggest contemporary Aboriginal populations in Australia. Traditional designs captured by Edwards give identity to Country as well as the stories and meanings of the Gunaikurnai’s cultural heritage. The Gunaikurnai nation is made up of five major clans with different markings, stories and different language groups. Its territory includes Gippsland’s coastal and inland areas to the outer slopes of the Victorian Alps.

Unlike the artwork of northern Australia, dot paintings are not common to the Gippsland region. Typical designs are made up mostly of lines forming triangles and diamonds, with cross-hatch patterns another feature of the artwork. These designs have been passed down from generation to generation through story-telling and the sharing of knowledge.

Along the Creek is an abundance of Common Reed (Phragmites australis) and various other native aquatic plant species. There are patches of mature indigenous vegetation including the Black Wattle (Acacia mearnsii) used to create boomerangs and nulla nullas, Spiny-headed Mat Rush (Lomandra longifolia) whose leaves are used for basket-weaving and the seeds for bush damper and Kangaroo Apple (Solanum aviculare) used as a contraceptive, amongst other things. The air is filled with the songs of birds such as finches, currawongs, magpies and parrots.

This project is a partnership between the Gunaikurnai Land and Water Aboriginal Corporation, Latrobe City Council, the West Gippsland Catchment Management Authority, the Ramahyuck Aboriginal District Corporation and the Dept of Health & Human Services.

2. Introduction to the cultural trail

This mural is well worth reading as it provides the context for the cultural trail.

Over 27 species of native plants are included in this garden, all with important roles to play in the wellbeing of the Gunaikurnai people.

This mural tells the Dreamtime story of Borun the pelican man and Tuk, his musk duck wife.

Local plants within the Waterhole Creek catchment can be used to weave useful (& exquisite) baskets that the Gunaikurnai nation is famous for.

The gathering of the five clans and meetings with other nations is clearly depicted in this beautiful mural.

7. The five clans and their shields

Each of the five clans of the Gunaikurina nation has its own particular shield identifying the clan to which tribal members belong.

Framed by well-established trees, this mural is a wonderful depiction of an important story that details this dreamtime story.

9. A snake in the rain story

As with all the other murals, you will learn about the story that informs Edward’s painting of the snake.