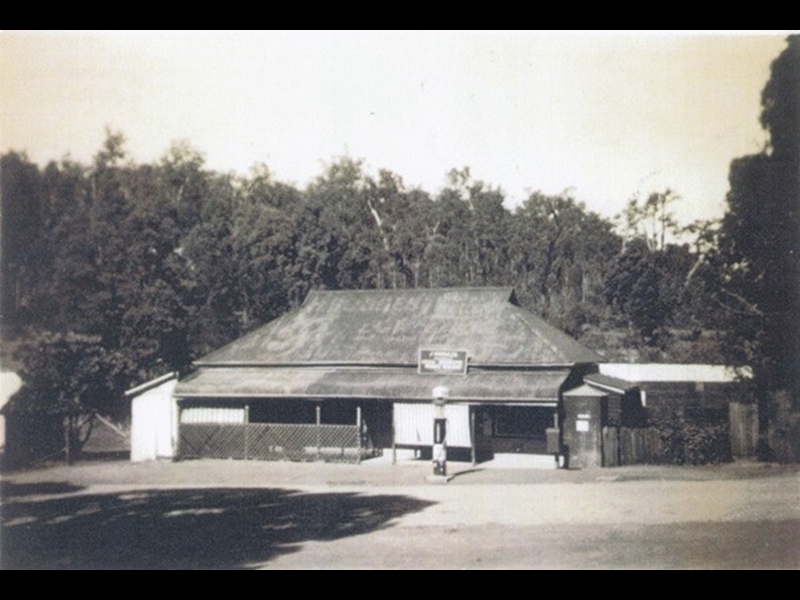 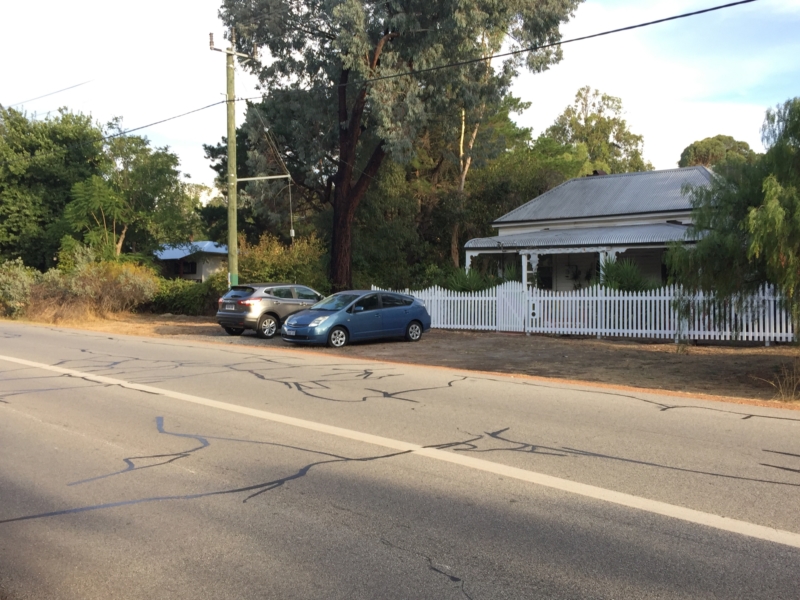 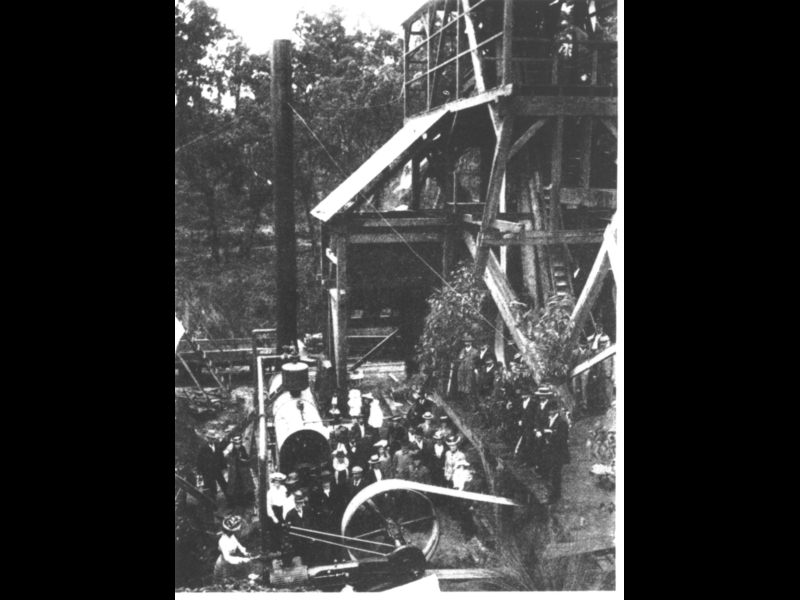 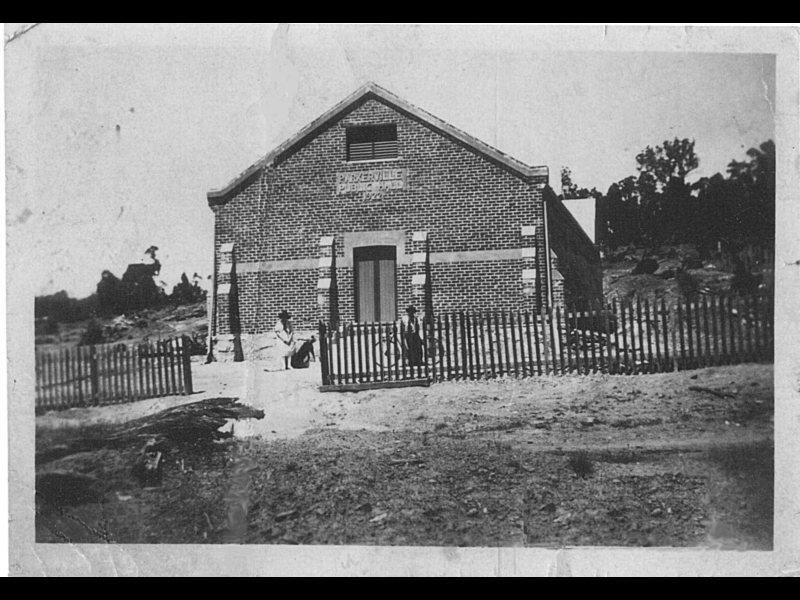 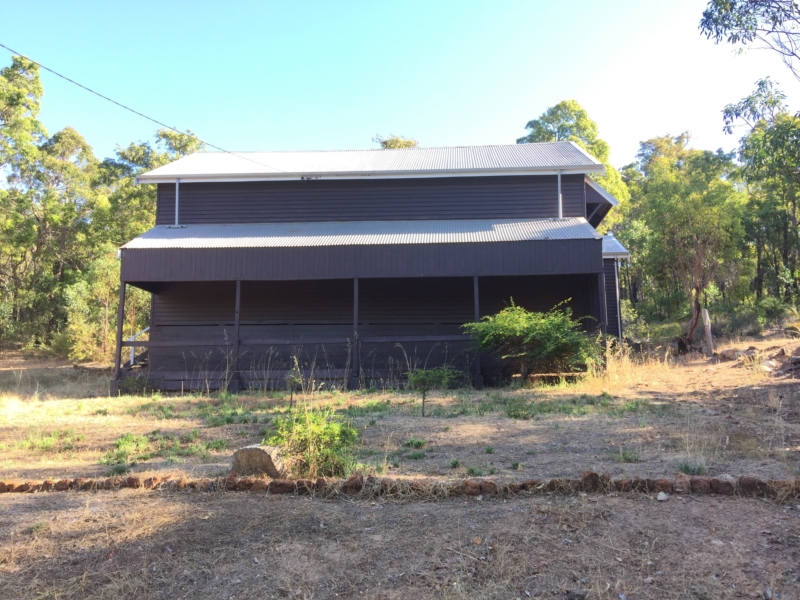 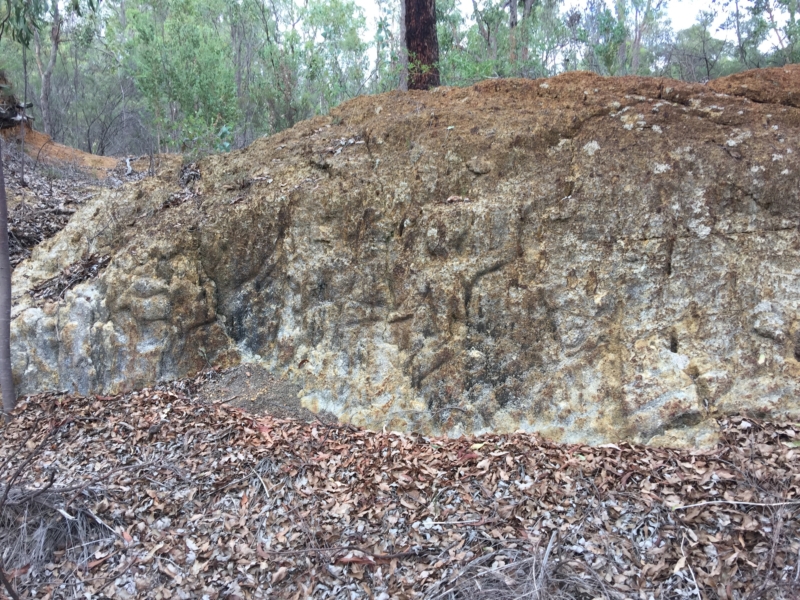 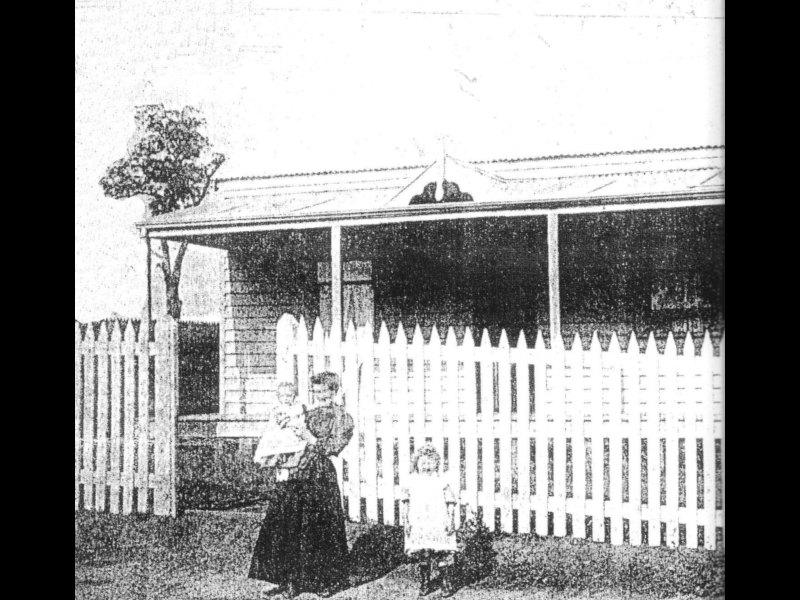 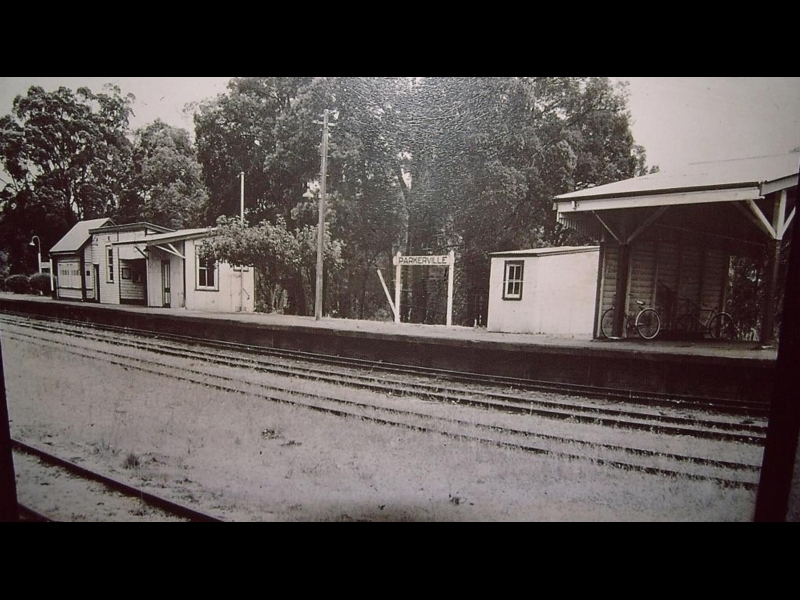 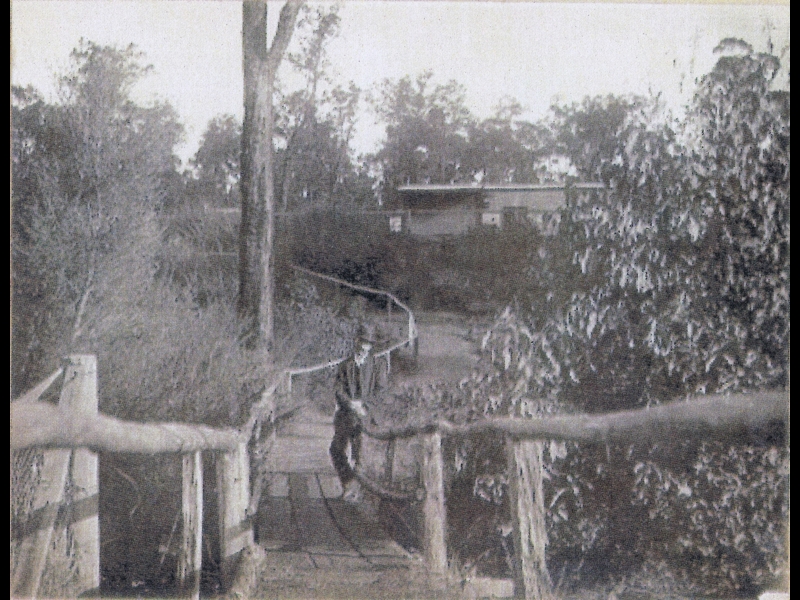 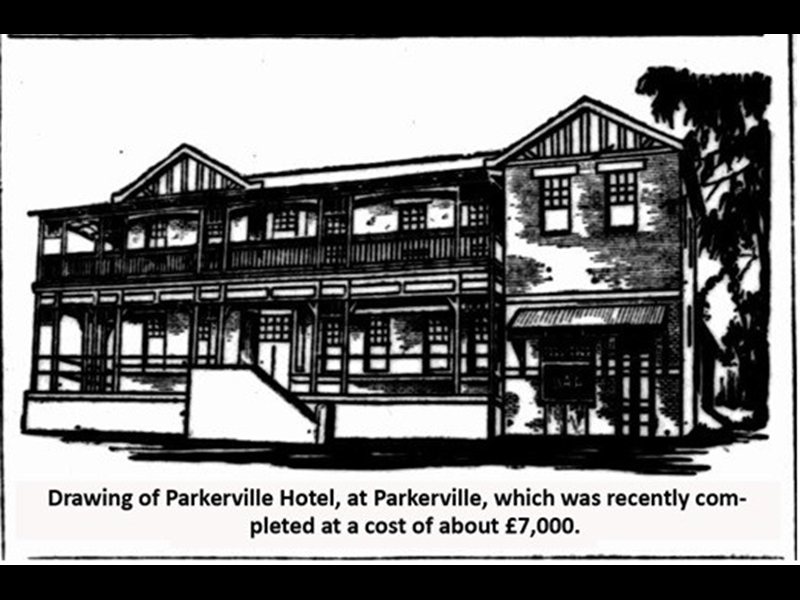 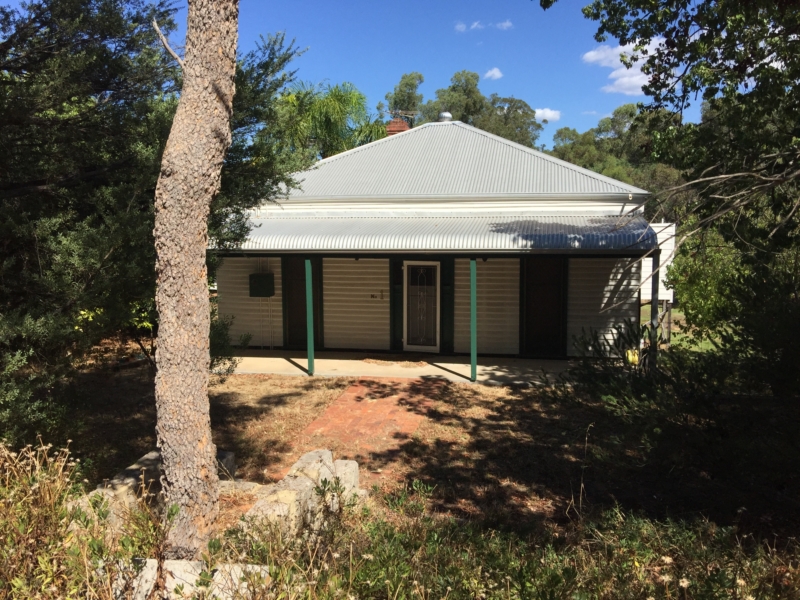 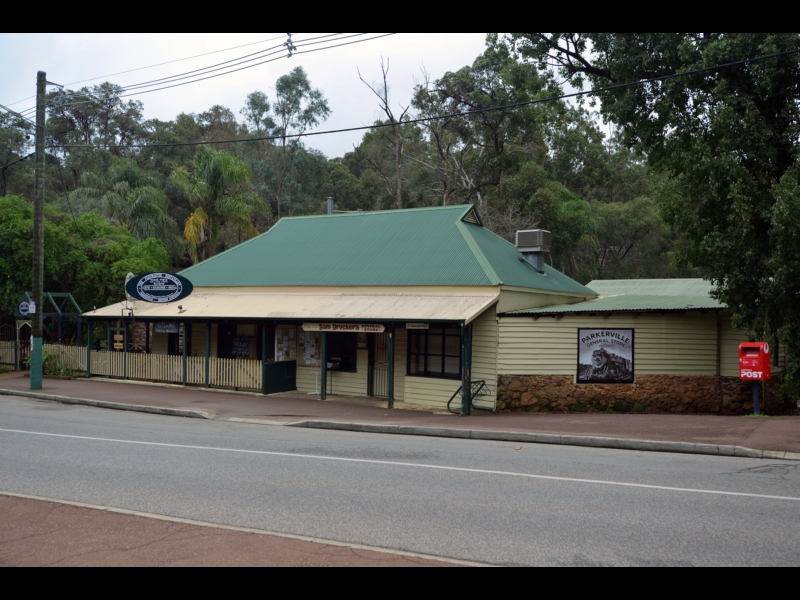 Take a heritage walk around historic Parkerville. Gazetted in 1895, Parkerville came about because of the Eastern Railway. It had a pub, quarries, stores, a hall and school.

Take a heritage walk around historic Parkerville. Gazetted in 1895, Parkerville came about because of the Eastern Railway. It had a pub, quarries, stores, a hall and school.

This walk takes in the 1901 General Store, the Hall (1922), the Quarries (1895), then the second School (1899), so-called 'Aboriginal Rock Art' on the old Railway Reserve, the site of the former Railway Station and Station-Master's house, the Parkerville Tavern (1902), original working men’s cottages and back to the General Store (parking area).

Parkerville was first gazetted in 1895, as the new Eastern Railway extension (the incorrectly named 'Mahogany Creek deviation') was being built. The original railway line through Darlington and Smiths Mill (Glen Forrest) to Mundaring had steeper grades which limited the load capacities.

Parkerville Land: the government released large lots from 1895 but these did not sell well. These large blocks were re-surveyed into smaller lots and released from 1900 onward. These were taken up and soon the township had a pub, two stores, a school and, of course, the railway station which offered the only other form of transport available unless residents had a horse and cart.
From 1914 onward, Post Office facilities became available, operated from the General Store that still stands today. A manual telephone service was installed in the early 1920s at the Post Office/Store.

The pub closed after the 'Local Option Poll' in 1921 but reopened in 1927 after being used as a boarding house in the interim. The locals' petition to reinstate the licence may have had something to do with a gold discovery in the area, which was soon discredited, but at least the pub was back.

Water came to Parkerville in 1938 and electricity in 1950 but not all residents received these services - it depended on how far out they lived.

Sport is always a big part of country town life and the Parkerville recreation ground was finally completed in 1946, delayed by the the intervention of WW2 and after much agitation by local residents. The cricket and footy teams finally had a home.

How do you get to Parkerville? Parkerville is located approx 30 kms east of Perth's CBD, in the Perth hills in the shire of Mundaring. The best route to take is to get onto Great Eastern Highway and head eastward from Perth or Midland then turn north onto either Seaborne St or Brooking Rd.

The suburb still has a country feel about it and is well worth visiting. In winter the Jane Brook falls off Falls Road are also worth a visit.

Established in 1901, the building had originally been on the railway reserve. The land was purchased in 1901 and the building has stood there ever since. The living quarters are now a restaurant.

The houses in this area were all built soon after 1902 when the 1/4 acre lots were first released by the Govt. Most still survive today and have been well looked after.

3. Walk along Riley Road to the east

Warning: There is no footpath between these points so exercise caution! At the corner of Kintore and Riley roads, enter the old Quarry land. In summer, wear good walking shoes and beware of reptiles

The quarry operated from 1895 up to the 1920s but they became increasingly uneconomic. A spur line to the nearby railway was used and horse-drawn carts were pulled on tracks, most are still visible .

'Built in 1922 using local labour & funds the hall passed from the Parkerville Progress Assoc to the Shire in 1960. It is still in use today. The car-park used to be tennis courts.

Established in 1911, after much agitation from the residents, the school operated until 1962, when the modern school (southward) was built. It had only two classrooms.

Well, not really. Archie Paton, who lived nearby on Byfield Rd from 1952 to after 1966, created the figures on the rock. A shame as there are no known Noongar artefacts in the area.

Here once stood, for 65 years, the station-master's house, now removed. Little remains now apart from broken brylcream bottles and cups and plates and assorted bricks. The image was taken in 1900.

9. Site of the Parkerville Railway Station

The railway station once stood here. All that remains today is a mound of earth. Closed in 1966 (replaced by the standard gauge line through the Avon Valley) this once important line is now a reserve.

Follow the railway station access track (there are two bridges over Jane Brook) to the next stopping place, the Pub. The other access was along Brookside Lane from Byfield Rd.

Established in 1902, the 'Railway Hotel' was its first name then the 'Parkerville Hotel' until 1978 after which it became the 'Tavern'. There are many interesting tales that could be told about it.

The houses on the south side of Owen and west of Byfield rds are the oldest cottages in the area. This area was taken up in 1902/3 and the corner house was in the Savell family until 1933.

If you parked in the area opposite the store and restaurant, then you are back where you started.