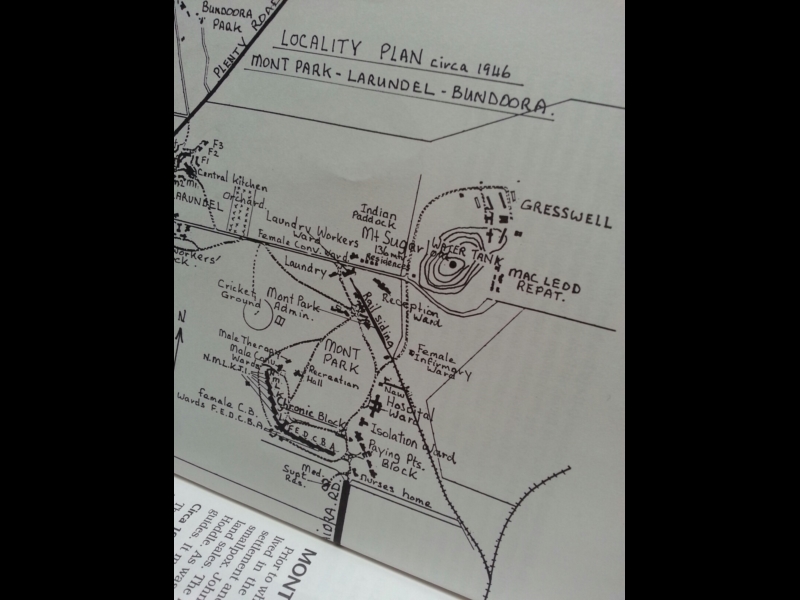 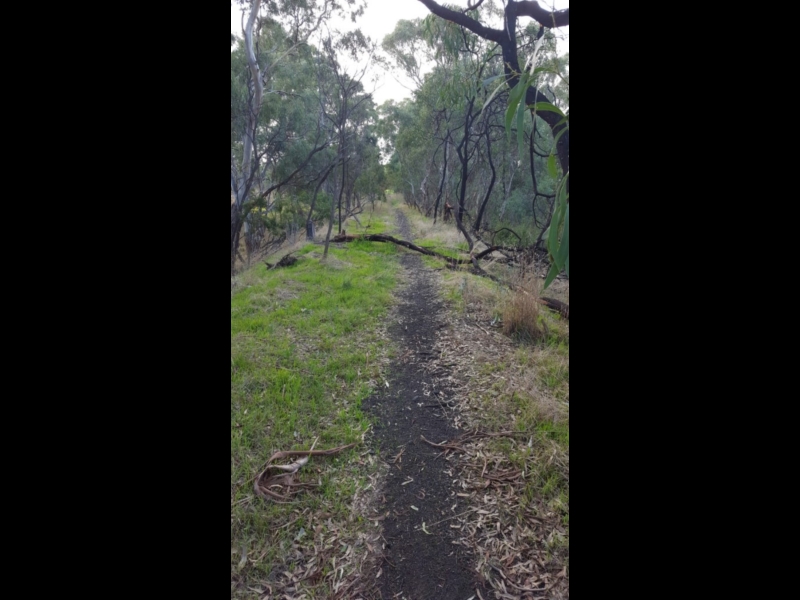 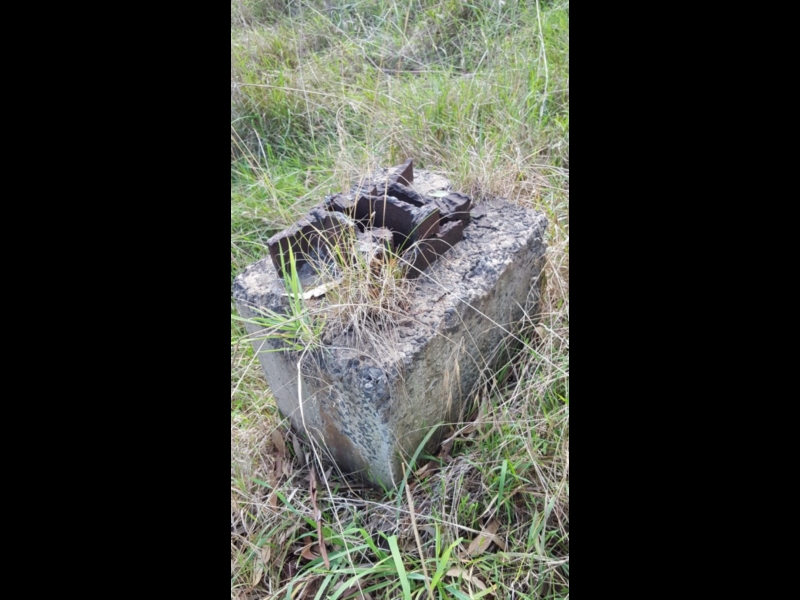 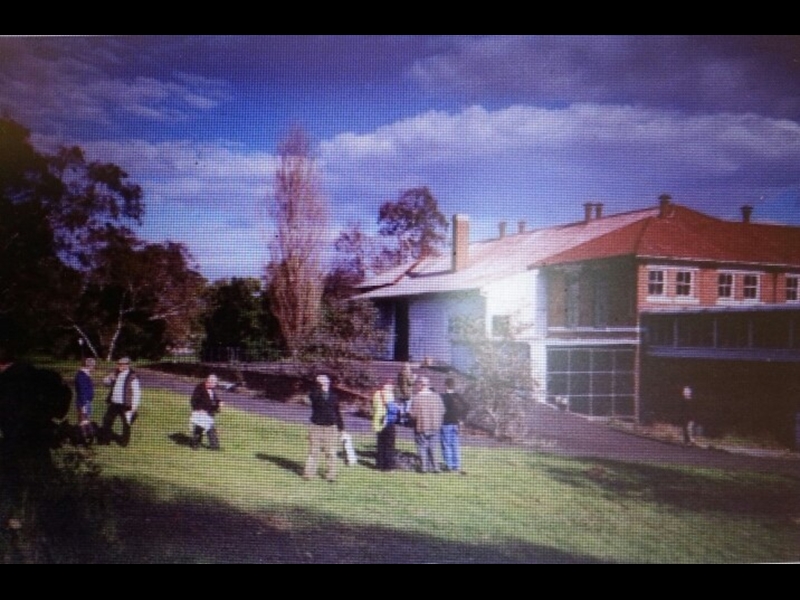 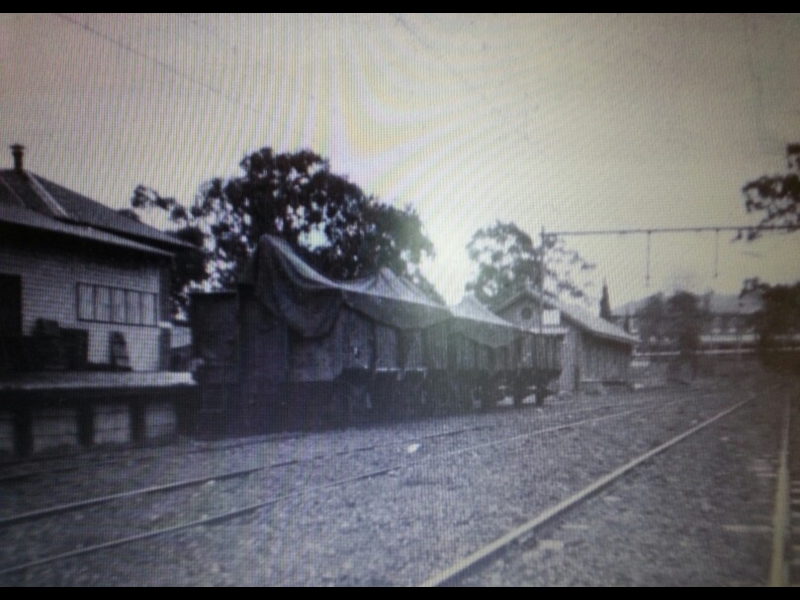 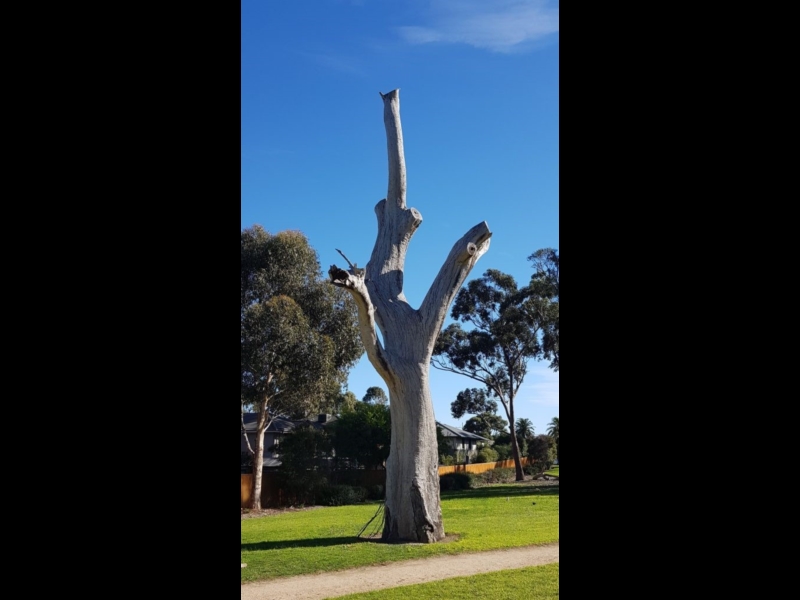 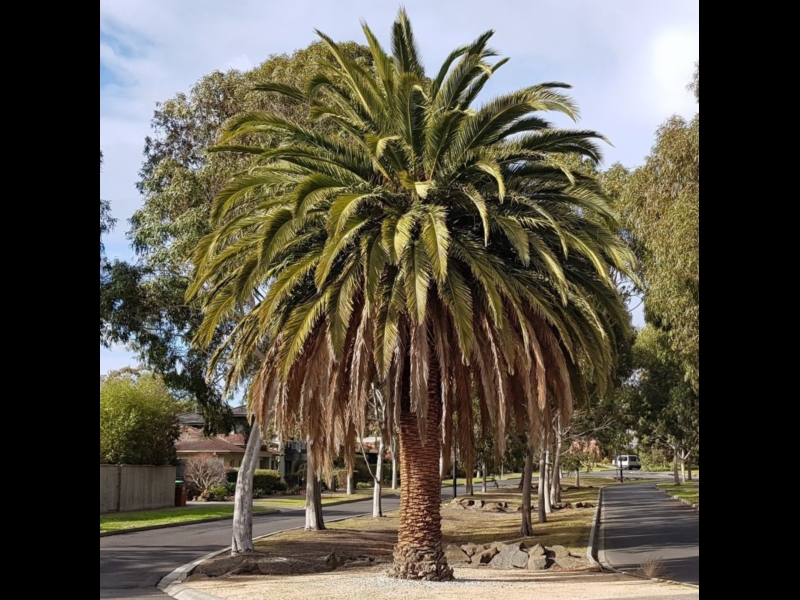 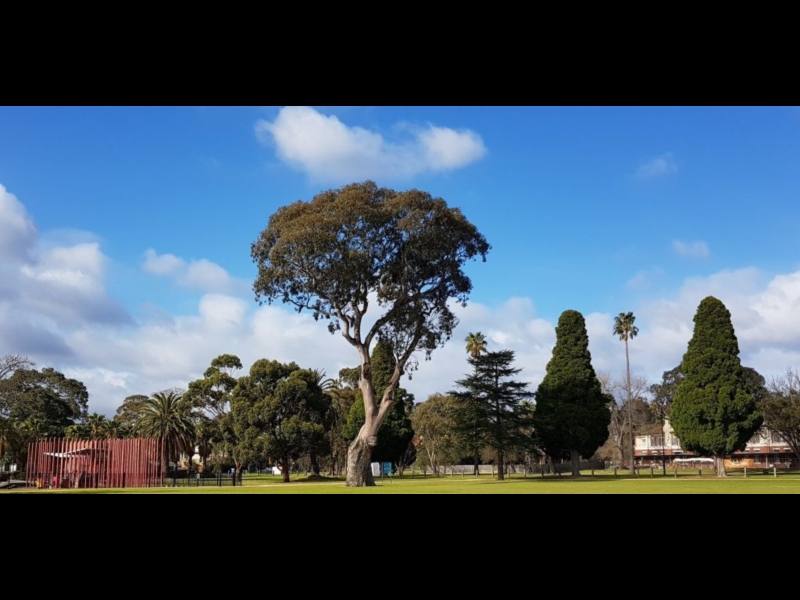 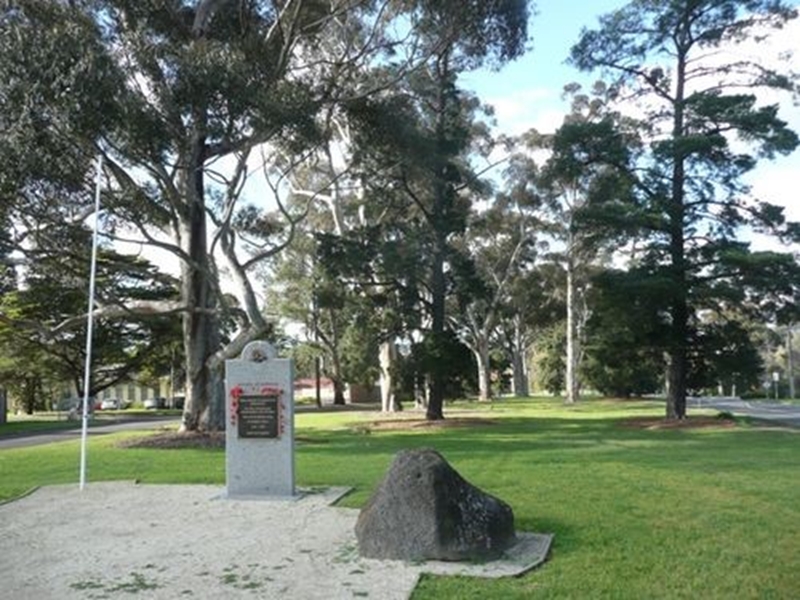 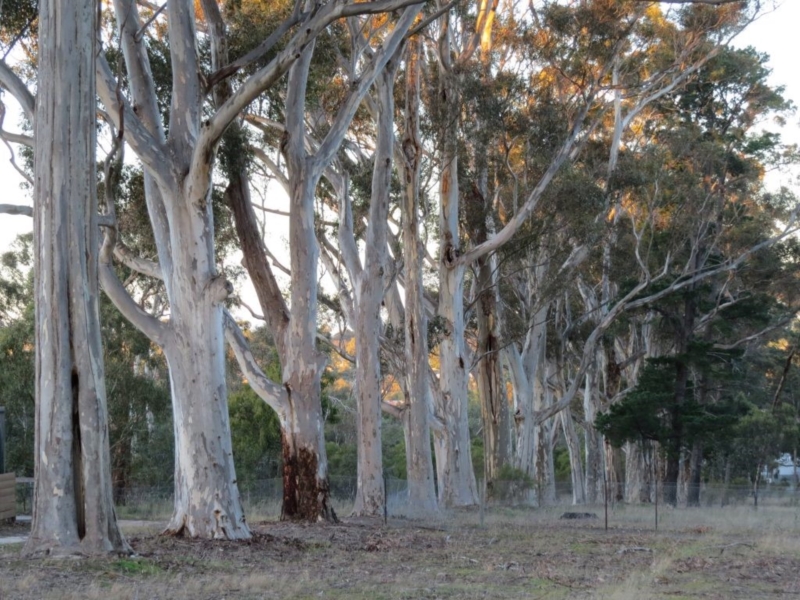 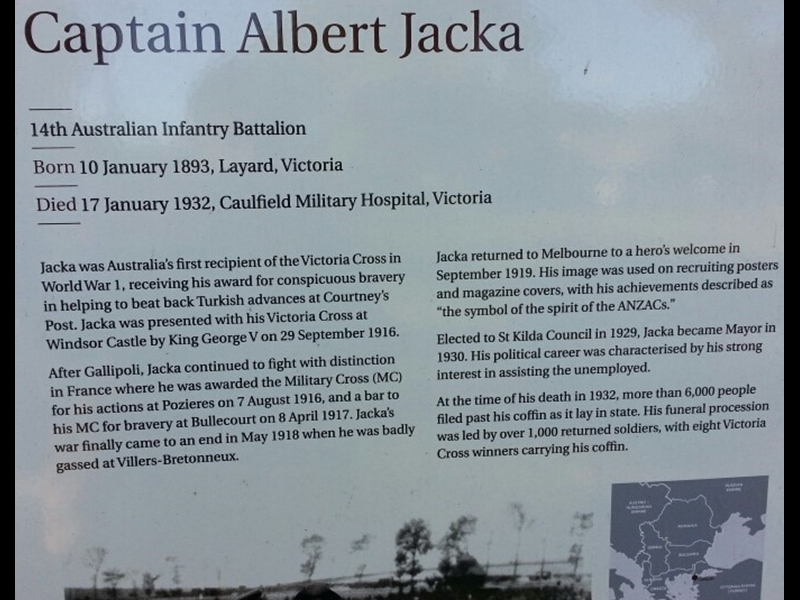 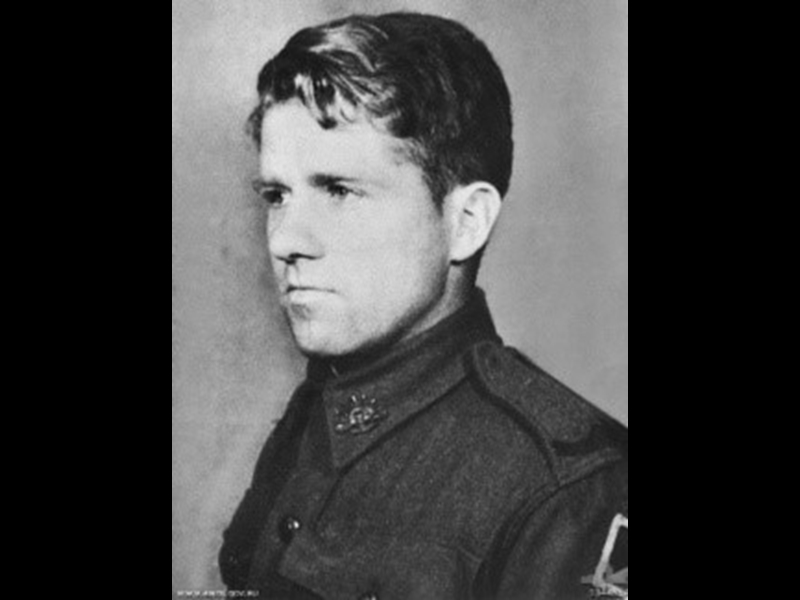 This walk follows an old train branch line which split off at Macleod station, and from 1911 to 1964 served the Mont Park Mental hospitals which were north west of the station.

This walk follows an old train branch line which split off at Macleod station, and from 1911 to 1964 served the Mont Park Mental hospitals which were north west of the station.

The Mont Park Mental Hospital complex was run by the Victorian Mental Health Department on one large site, all through the 20th century.

Thousands of patients with mental health issues including soldiers with post traumatic stress after WWI and WWII, people suffering drug addictions, tuberculosis patients and elderly men and women with dementia, would all be cared for on this site during its 80 years.

Macleod Station was added between the Rosanna and Greensborough stations in 1911, and at the same time a branch line from Macleod to the Mont Park platform was constructed.

The Mont Park rail line passed through woody grassland up a very steep incline. After the branch line was closed it was dismantled with the recovered track and materials used by organisations such as Puffing Billy and the Tramway Museum.

Commence your walk, by entering through the Cherry St Grassland Reserve or Harry Pottage Reserve area. The track was on a mound, and two plaques describe the area through which you will walk. Only a few remnants of the railway track are evident.

There are now houses in the Springthorpe Estate from the top of the hill to the area where the Mont Park line ended. The Estate is named after Dr John Springthorpe who was an early administrator of the Mont Park complex. He had served in Europe and the Middle East in WWI and had great affinity with the soldiers and nurses who had bravely endured these conflicts.

Crossing Springthorpe Boulevard you proceed up grassy parkland to the top of 'The Cascades' water feature area of the Estate. This is where the goods were offloaded into stores and for transfer to the hospitals and their service areas - kitchens, laundries, farm sheds, engineers and tailors workshops , the pharmacy and the pathology laboratory etc.

Walking back through the Estate you pass the phalanx structure of the 12 Chronic Wards which are now being refurbished and are called the La Trobe University Terraces. There are numerous old conifers and palm trees along the way, many planted 100 years ago when Mr Hugh Linaker was in charge of the design of the appealing landscape. There are also several very large river red gum trees which would be hundreds of years old.

Then you proceed past the corner of Springthorpe Boulevard and Cherry St, where memorials to Returned Veterans are evident and the start of the long row of sugar gum trees along the northside of Cherry St. This Avenue of Honour extends back to the Macleod station.

The Estate to the south commemorates Victoria Cross recipients. There is a small Reserve in their honour and each street is named after a medallist. Thus Cherry, Jacka , Joynt, Ruthven, Dunstan, Dwyer, McNamara, Kenna and Grieve.

An information board near the Macleod station describes some of their heroic feats.

1. Macleod Station had a branch line to Mont Park Asylum

A line ran NW from the station, through the Cherry St/ Harry Pottage Reserve. Trains carried coal and stores for the Hospital complex from about 1911 until 1964. Tracks were laid on a raised mound.

Metal railway tracks which were on a raised mound have all been removed . A walking trail is evident and two plaques on large rocks describe the heritage and features of this grassy woodland area.

There are a few remnants of the old railway track if you look carefully. Now keep walking past the end of Breckenridge Place across Springthorpe Blvd into the grassy park on flatter ground.

5. Old Mont Park train platform was near the site of the Ernest Jones Reserve

A distinctive tree is approximately where the railway line finished. At the old siding goods were left in storage for nearby Wards and the Pathology Centre. There are benches here in a picnic spot.

Along Ernest Jones Drive are Canary Island date palms in the gardens of the Springthorpe Estate houses. These were transplanted from around the Mont Park grounds where Hugh Linaker had planted them.

In front of the 12 old Chronic Wards built in 1916 (now the La Trobe University Terraces) is a park which still has several River Red Gums which are probably about 200 years old.

On the corner of Cherry St and Springthorpe Blvd is a memorial to returned service personnel, some of whom were suffering ill health on their return, and needed care at the Mont Park Hospitals.

World War One veterans planted an avenue of sugar gum trees to commemorate other soldiers. Hugh Linaker the Mont Park landscape gardener oversaw this project using gums rather than elms or oak trees.

Head back to the station through the Estate. Photo here shows Ted Kenna VC (1919 - 2009) who was the last living WWII recipient of the Victoria Cross. Born in Hamilton Victoria, he is buried there.