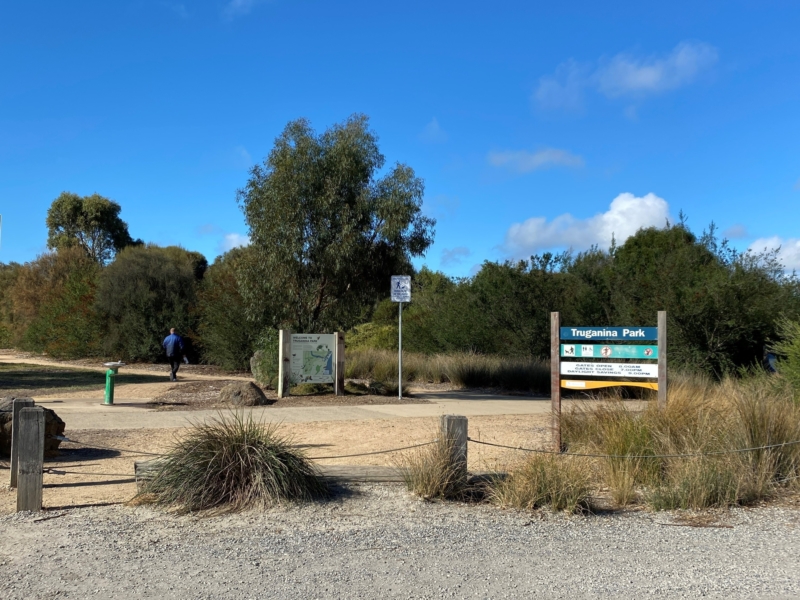 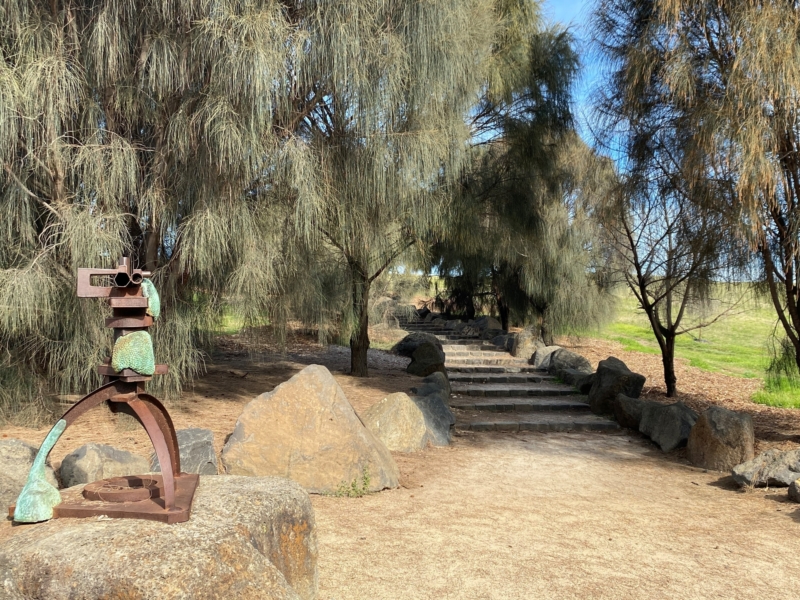 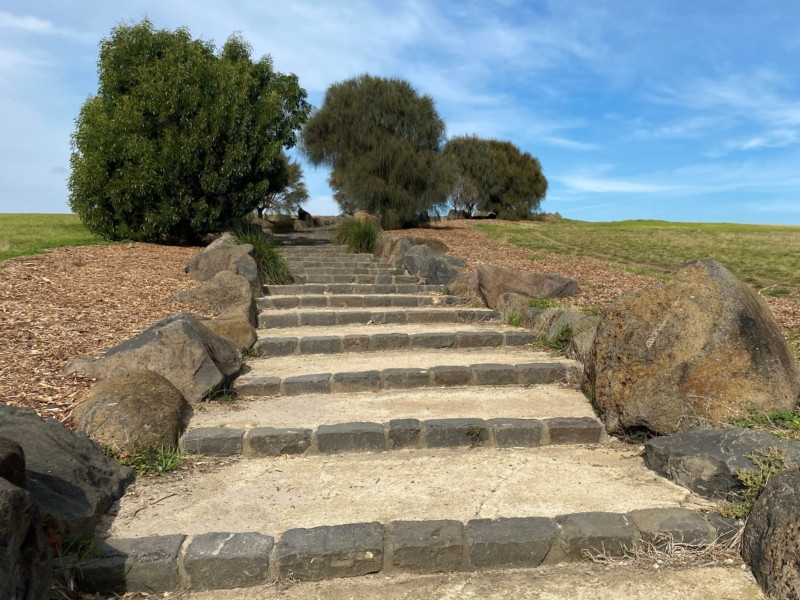 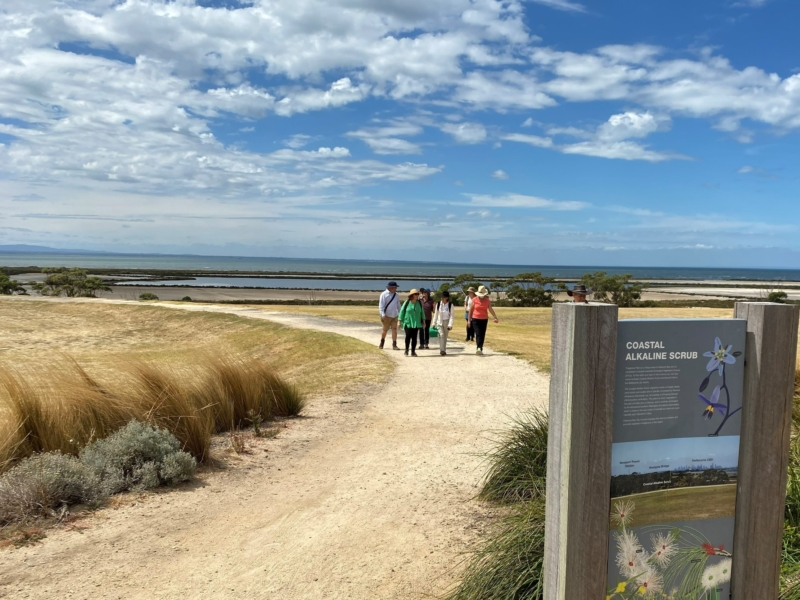 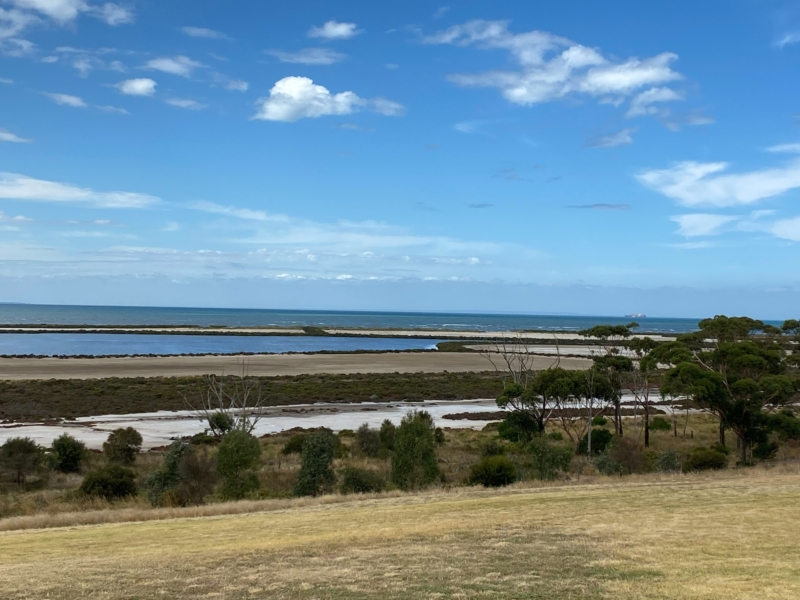 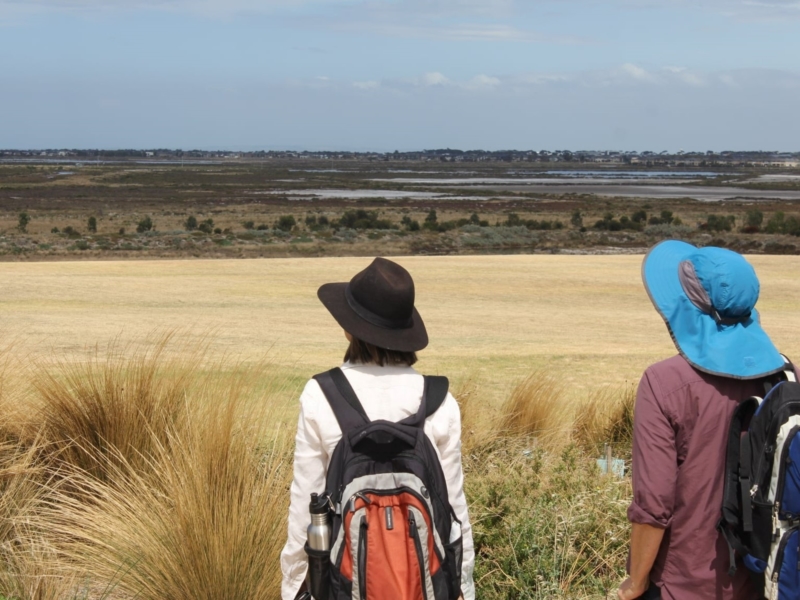 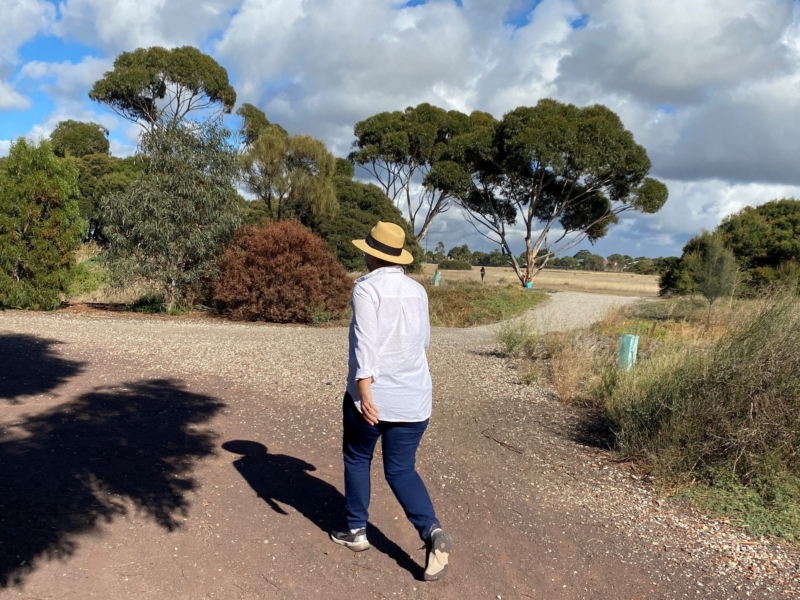 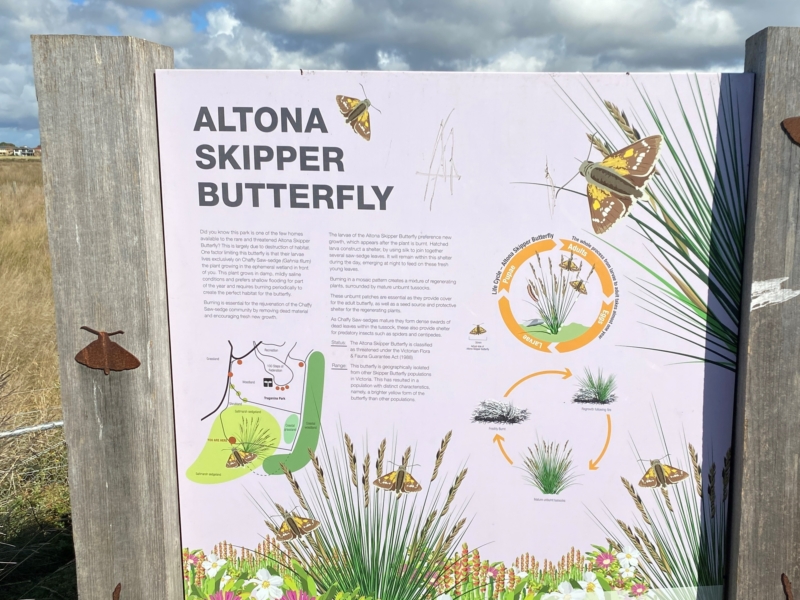 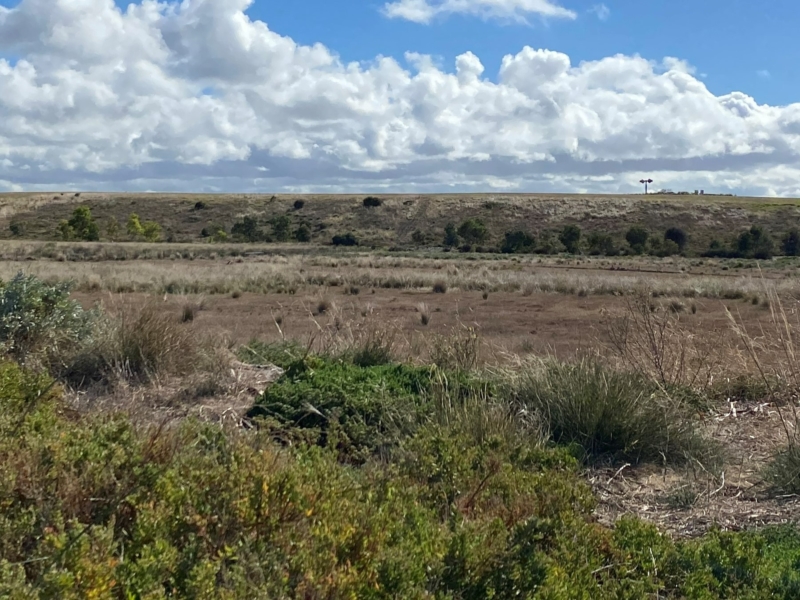 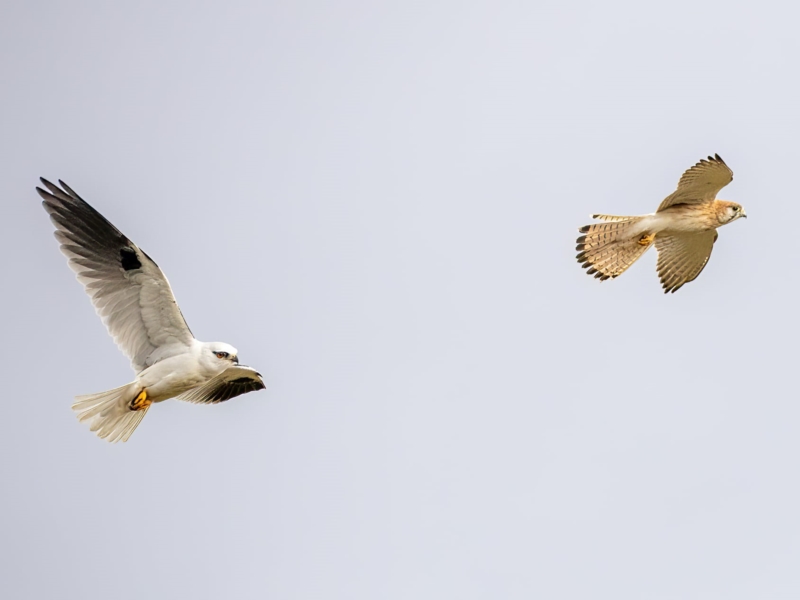 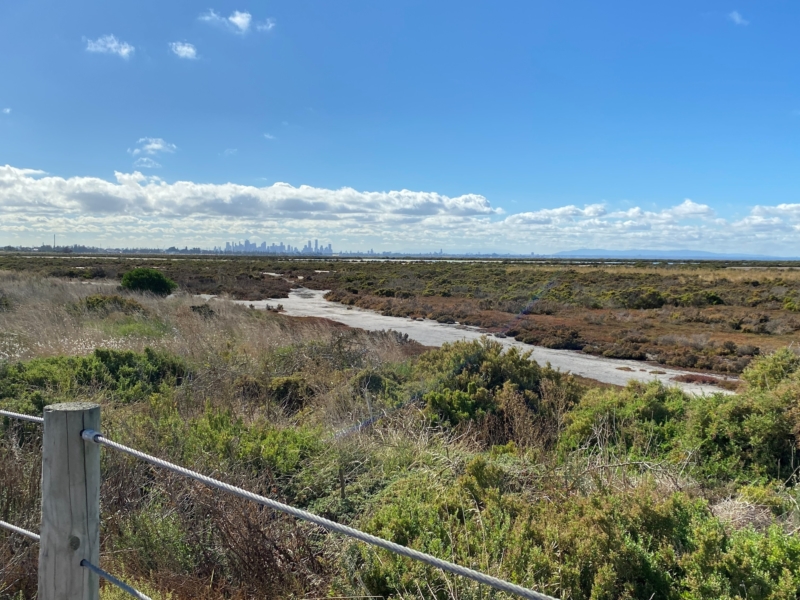 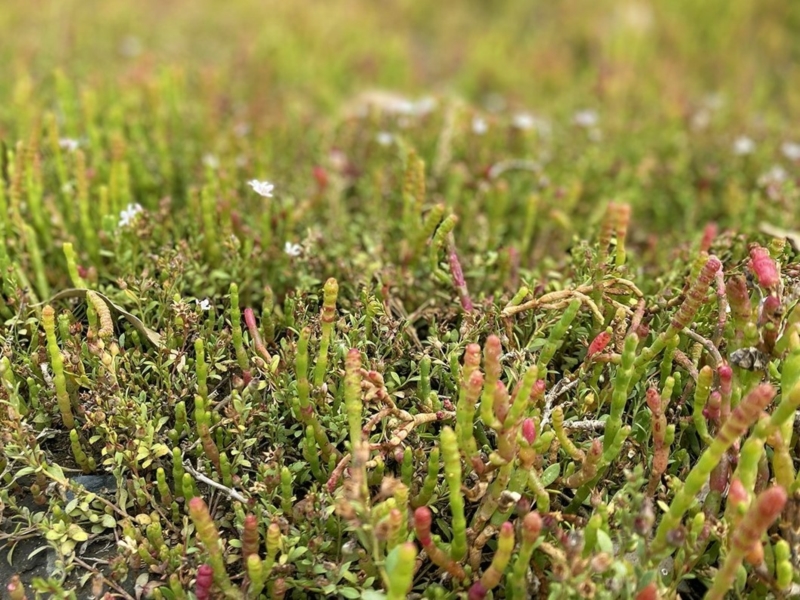 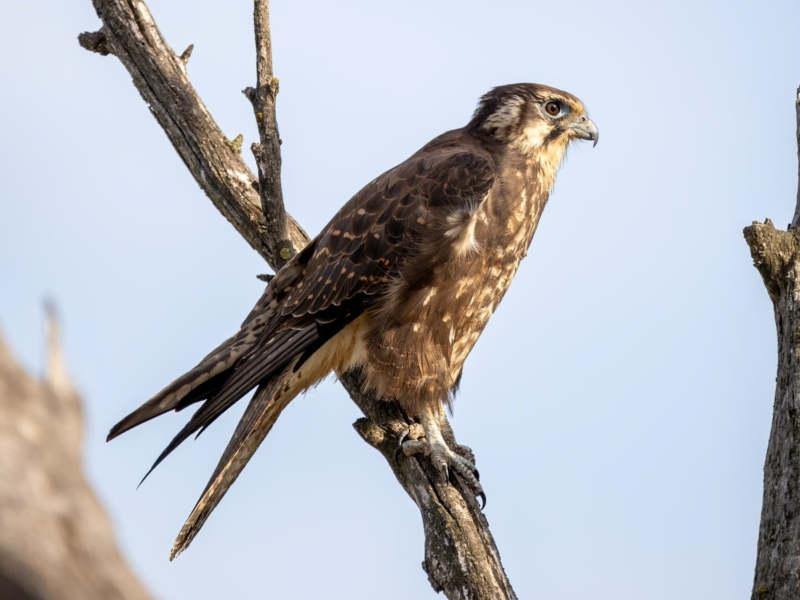 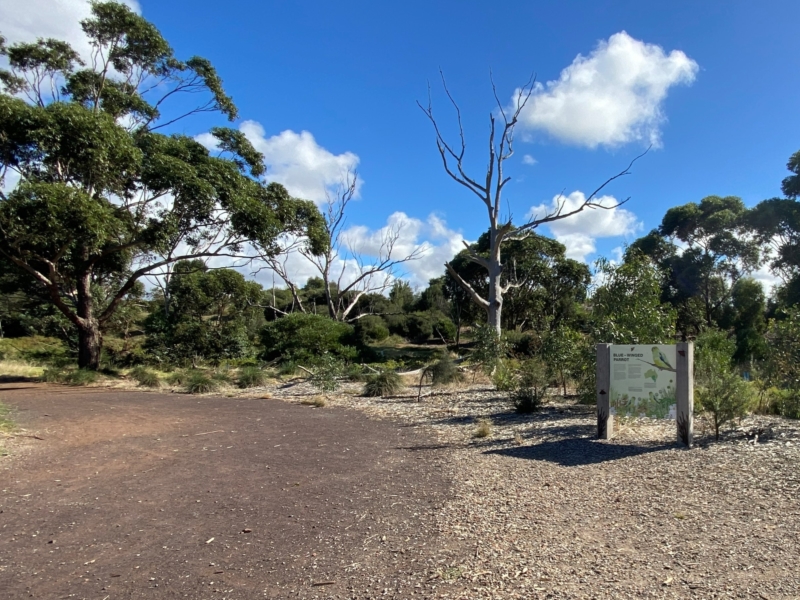 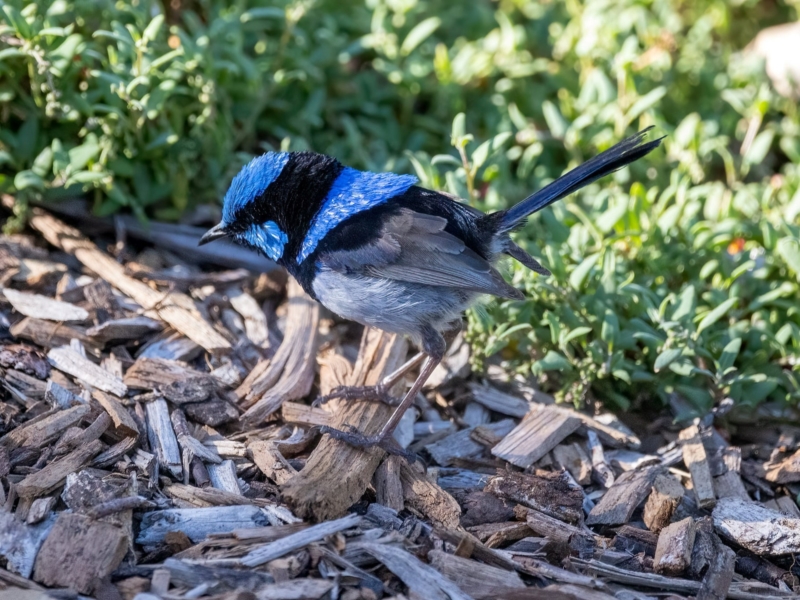 Start with a walk up the 100 Steps to Federation. From the hill the views are expansive, taking in Port Philip Bay, important wetlands and the city skyscrapers in the distance.

Where Laverton Creek joins the bay, a large sand spit has formed, creating a lagoon and habitat vital to shorebirds. The internationally significant wetlands extend from Laverton Creek to the suburb of Point Cook, and include Cheetham Wetlands, a former saltworks. With extensive lagoons and ponds, saltmarshes and coastal scrub, this often underappreciated landscape is of great ecological importance and is now protected by the international Ramsar Agreement.

After you've taken in the 360-degree views, follow the path downhill and re-join the Bay Trail. This is a sealed and shared-use path. Be careful of cyclists in a hurry.

Veer off the Bay Trail and take the unsealed scoria path known as Skipper Boulevard. Follow the interpretive signage to find out about the rare and elusive Altona Skipper Butterfly .

The Altona Skipper Butterfly lives only in Altona and breeds, feeds, lives and dies on one species of plant, Gahnia filum, the chaffy saw-sedge. The saltmarsh sedgeland on this trail is one of few remaining habitats for the butterfly.

Smaller birds such as Superb Fairy-wrens and honeyeaters are frequently spotted in the woodland areas and near the car park.

Drinking water is available at the starting point of this walk. Public toilets are located near the sports centre at Andrew Park Drive.

Thank you to the Hobsons Bay Wetlands Centre Inc and Christopher Creed for contributing information and photography for this map.

Head up the hill via the 100 Steps to Federation

The steps and incline are not too steep. The artificial hill has been made on the former landfill tip site.

4. View from the hill

Great views of the city, bay and wetlands.

5. Views of bay and spit

Looking out to a shorebird lagoon and saltmarsh landscape. The bare white ground is hyper salty!

Looking west towards Point Cook and the expansive saltmarshes and lagoons of Cheetham Wetlands. Photo by Hobsons Bay Wetland Centre.

7. On the Skipper Butterfly Trail

Follow the interpretive signage to find out about the rare and elusive butterfly.

Between the path and the hill, one of the few remaining habitats of chaffy saw-sedge.

A nankeen kestral being chased by a black-shouldered kite. Photograph by Christopher Creed.

11. City silhouette beyond the saltmarsh

In the saltmarsh, glasswort is the dominant ground cover.

Glasswort can grow in very salty environments and is a haven for wildlife.

Truganina Park is a popular place for bird watching. Photograph by Christopher Creed.

East of the hill, a woodland area provides habitat for insects, reptiles and birds including blue-winged parrots and swift parrots.

Fairy-wrens, honeyeaters are frequently seen in the woodland areas including the carpark. Photograph by Christopher Creed