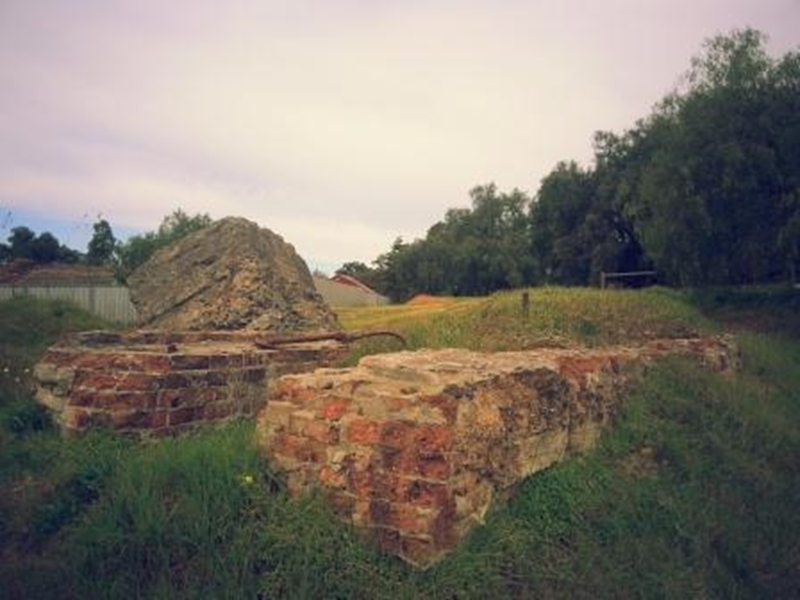 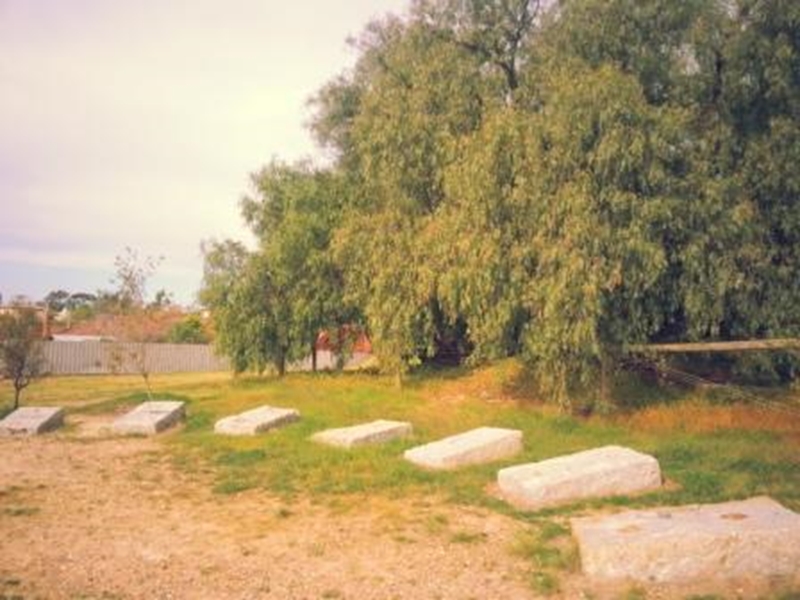 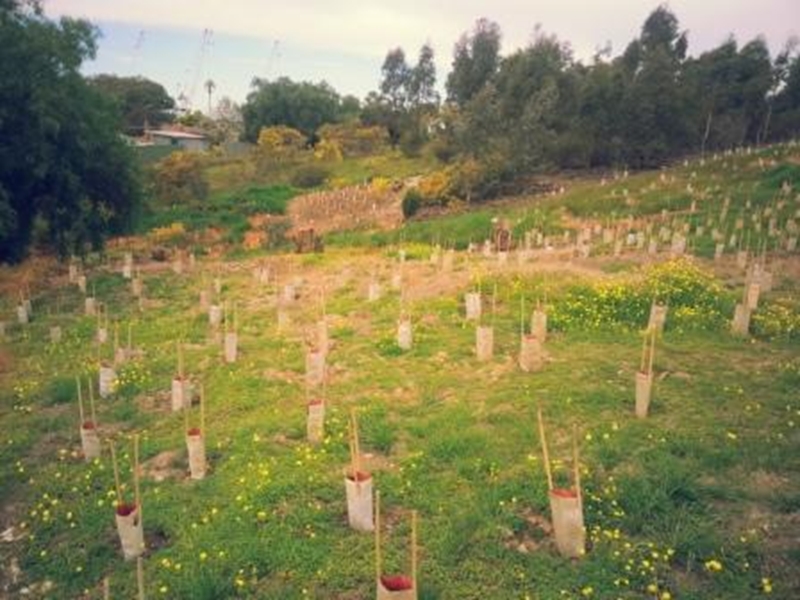 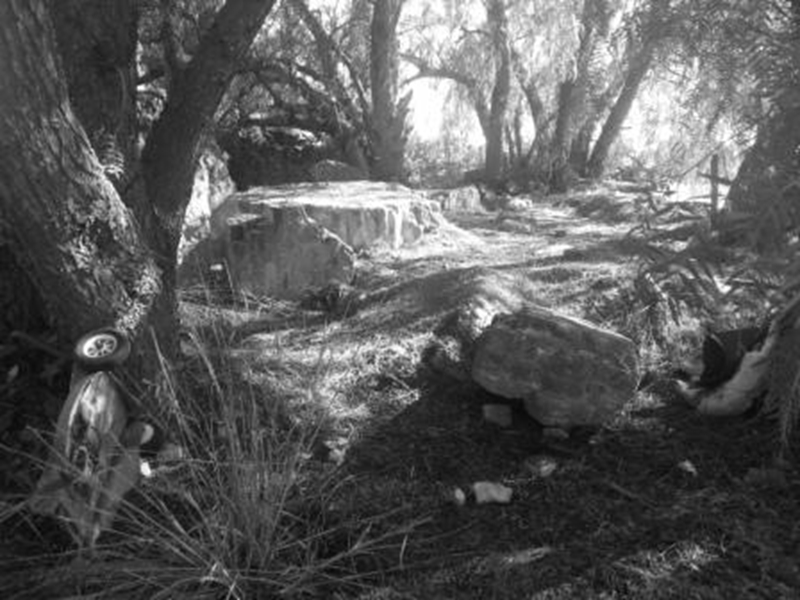 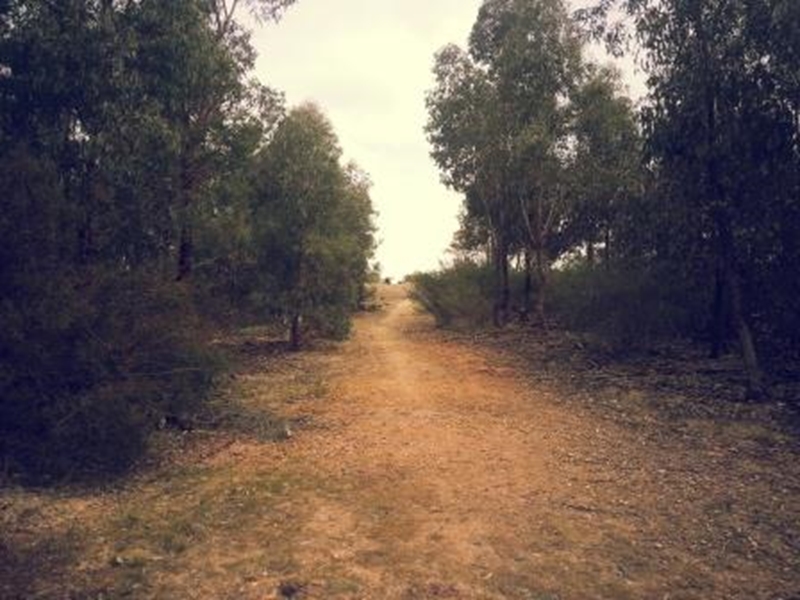 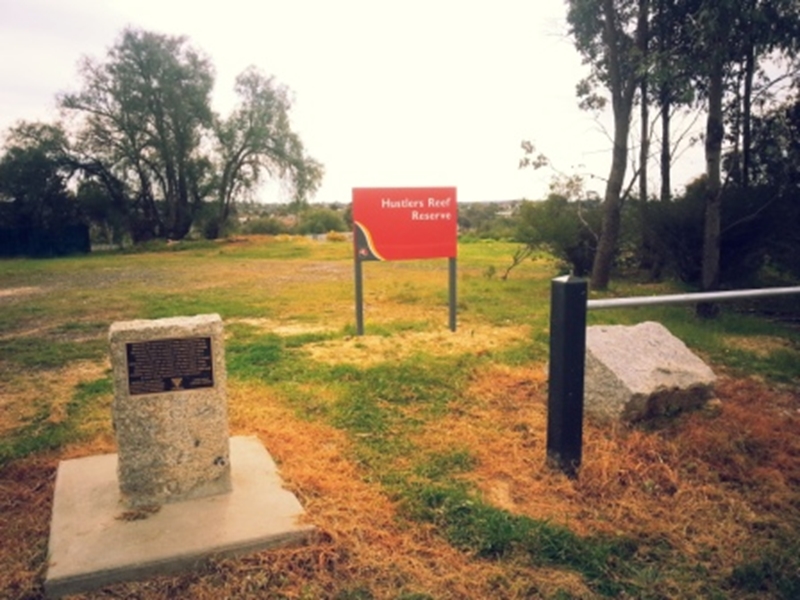 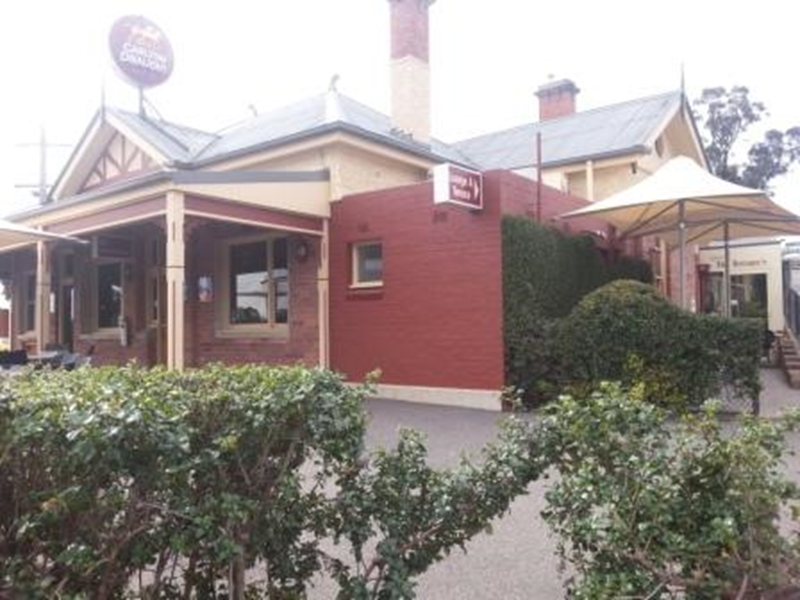 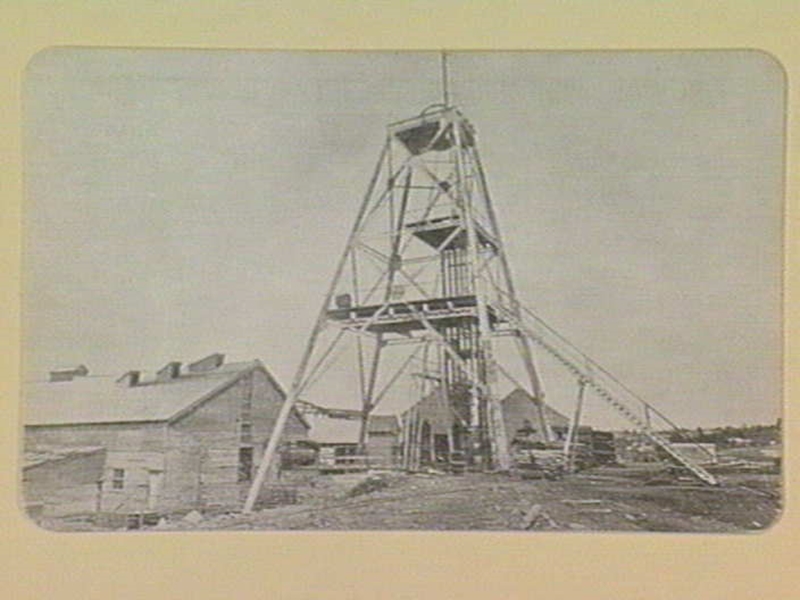 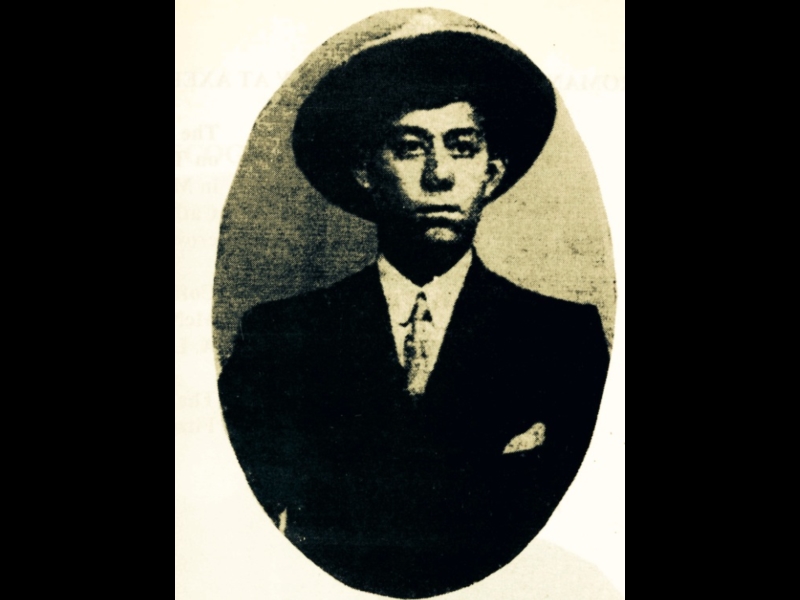 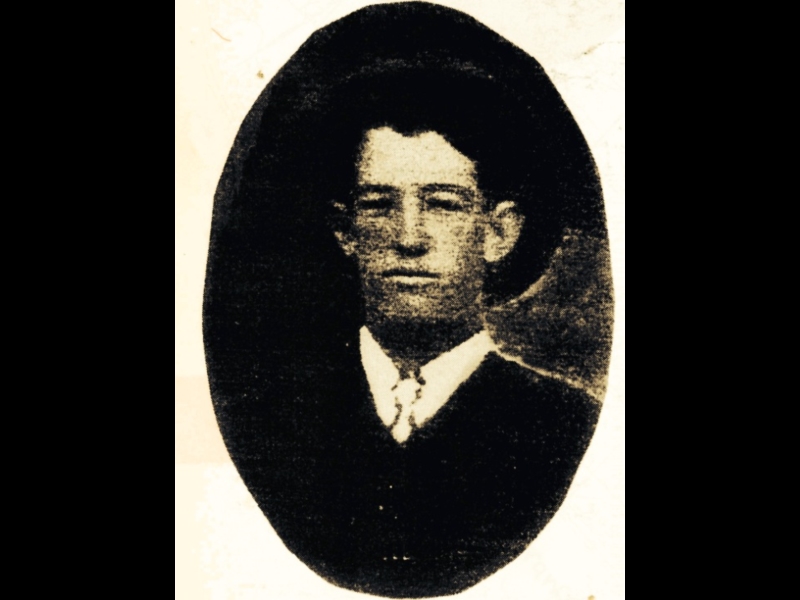 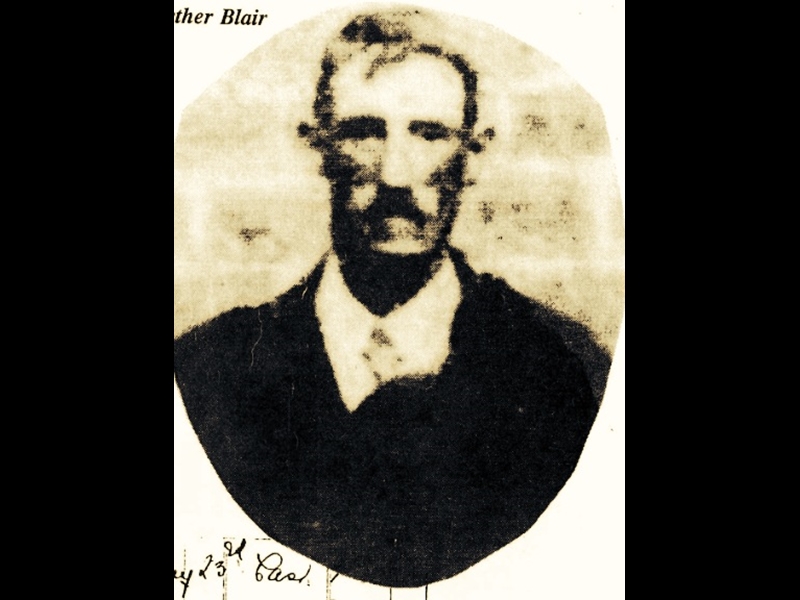 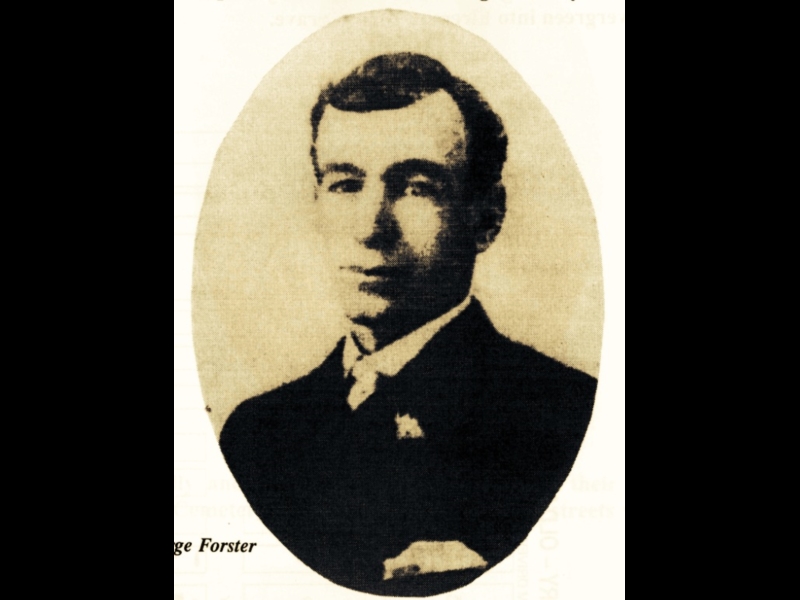 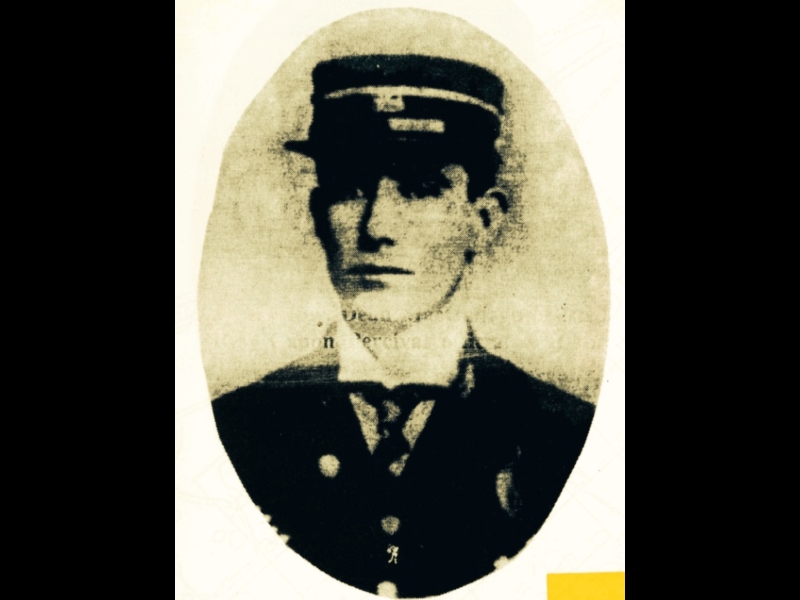 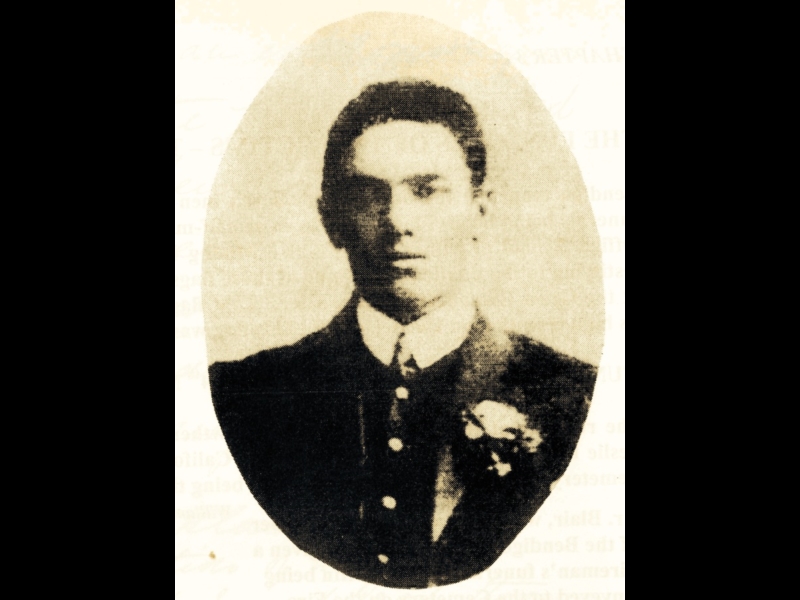 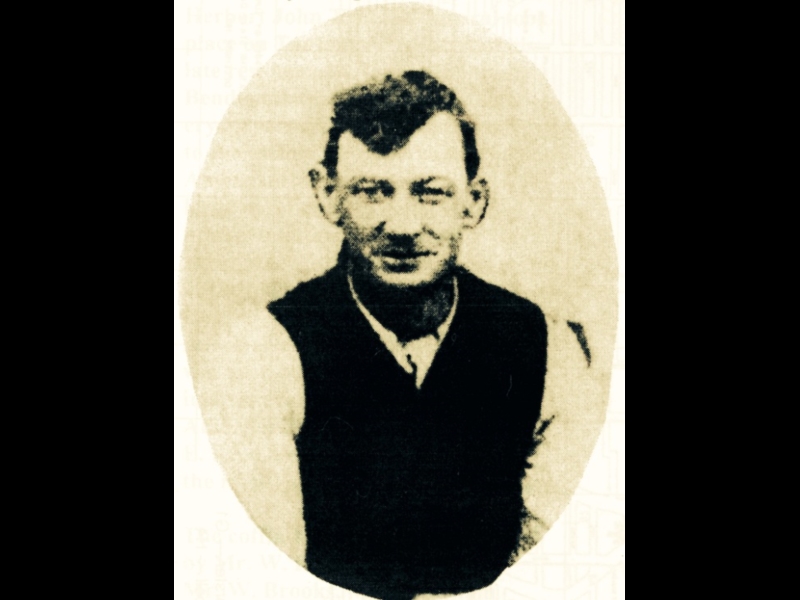 Renewed as a living memorial, you can walk your dog off-leash & learn from 6 new signs that tell the story of the site from the 1850s, including the community that campaigned to have it restored.

Renewed as a living memorial, you can walk your dog off-leash & learn from 6 new signs that tell the story of the site from the 1850s, including the community that campaigned to have it restored.

A relatively easy walk, especially after a lunch at the local pub. Take your time to enjoy the views, local wildlife and the visible remnants of Bendigo’s gold mining history.

Start your walk from the corner of Milroy Street and Hustler Road, heading North up Hustlers Road to enter the reserve from the west side. As you approach from this aspect you’ll get the full effect of the large stone memorial installed by the Friends of Hustler's Reef Reserve.

The site features 3 memorials, 2 stone and 1 living. There are seven granite slabs for the men killed in the explosion of 1914, with an explanatory plaque; another for the 100s of women who lost their husbands on the Bendigo Goldfields; the re-vegetation project currently underway acts as a living memorial to the 900 underground miners killed by accidents during Bendigo's underground gold mining era. The site is named after Thomas Hustler, an ex-convict who established a mine on the site.

It closed in 1921, but there are still 20 kilometres of underground workings below the surface.

There is no memorial to the 100s of women, men and children who died in mining-related accidents, such as drownings or falls. More than 300 lives have been lost on the Bendigo Goldfields in this manner.

In total, 2000 people have died on these goldfields in mining-related accidents, the last as recently as 2001. 1000s of others were injured and unable to earn a living. As you walk through this site, take a moment to consider their stories in more detail.

GREAT EXTENDED HUSTLERS MINE DISASTER:
Late at night on Saturday May 2nd, 1914 an explosion on the 13th level - 1053 feet underground (or 321 metres) - killed every man working on that level and injured men working in the levels below. The description in Monday’s paper was graphic.

“The sight of the seven bodies at the morgue was ghastly. They were still in their working clothes, or rather, what had not been blown away by the explosion; still begrimed by the black dust that adhered to them during their work where the flesh had not been reddened by blood." (Bendigo Advertiser, 4 May 1914.)

At the time of the disaster, there was no compensation scheme for injured or killed workers, so that the families of the killed men and those men who suffered lifelong illnesses were left with no means of support.
Now Open

The mine opened in 1865 and closed in 1921. It was a kilometre deep and extended outwards up to 3 kms beneath Bendigo. The remains are the foundations for large mine machinery.

In May 2008 the Friends of Hustlers Reef dedicated this memorial to the men who died in 1914. In May 2014 the Bendigo commemorated the centenary of the disaster with a community history open day.

It's undergone a significant clean up since this photo was taken in 2013 & is considerably less spooky. Remains of foundations for boilers, compressors and sidewinders litter the Bendigo landscape.

Bendigo is spotted with mullock hills covered in light scrub. In late winter they are often ablaze in wattle gold & are always filled with native birds. The Bendigo Bird Guide is linked below.

Situated at the Eastern end of the Reserve is another memorial - this one for the 100’s of widows who lost their husbands through mining accidents or miners phthisis (silicosis).

Not only does this pub have cold beer and a good feed but there is also a huge range of classic old photos of Bendigo's mining heyday available for close inspection.

Extend your walk out of the Reserve to follow the curve of Moore St, and see beautiful old homes and clear views of Bendigo. If you're able, head into town to climb the Poppet Head in Rosalind Park.

Someone crashed a huge iron paper plane into their front yard! The sculpture is a local novelty. No photo out of interest for the homeowner's privacy but I do recommend a look - kids will love it!

Born in Bendigo in 1888 he was the eighth child of Annie Yates and James Chinn. Frederick was 26 years old and unmarried. He was buried at Kangaroo Flat Cemetery and his headstone can still be viewed.

Also 26 and unmarried he left behind his parents John and Jessie.

The oldest of those killed in the blast. Born in Ballarat he was forty years old when the explosion widowed his wife Catherine and three children.

At 28 Matthew left behind his wife Maud with two children. Although she remarried two years later and moved to Collingwood, she eventually returned to Bendigo to be buried with Matthew.

At 30 Herbert was 8 years younger than his father John when he was also killed in an explosion at Hustler's. Herbert was 15 & had 4 siblings.His wife Ethel was left with 3 children when he died.

Leslie was 23 and the youngest of those killed. He was buried with his older brother Murdock who had been killed nine years earlier aged just 18 at the Clarence United Mine.

The explosion left 31 year old John's wife widowed with two children and after his death, she delivered their daughter Ida. Margaret went on to bury Ida with John just five years later.