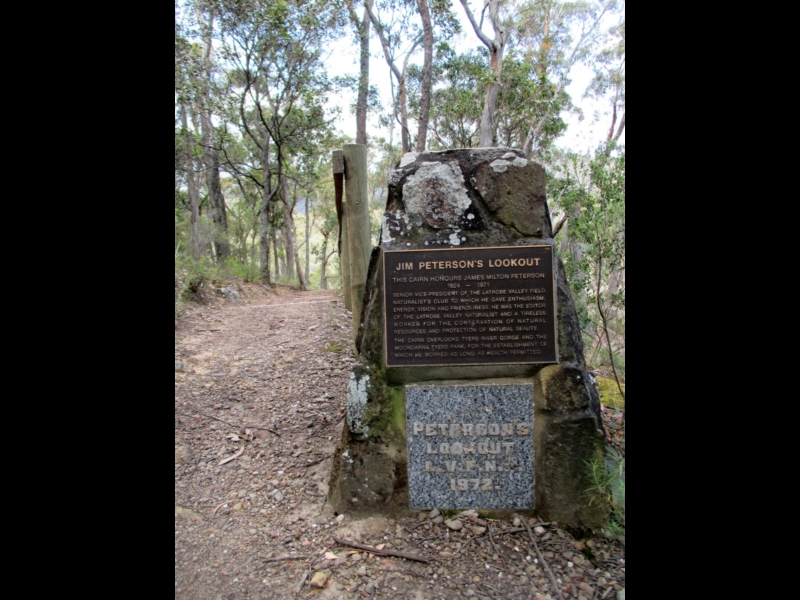 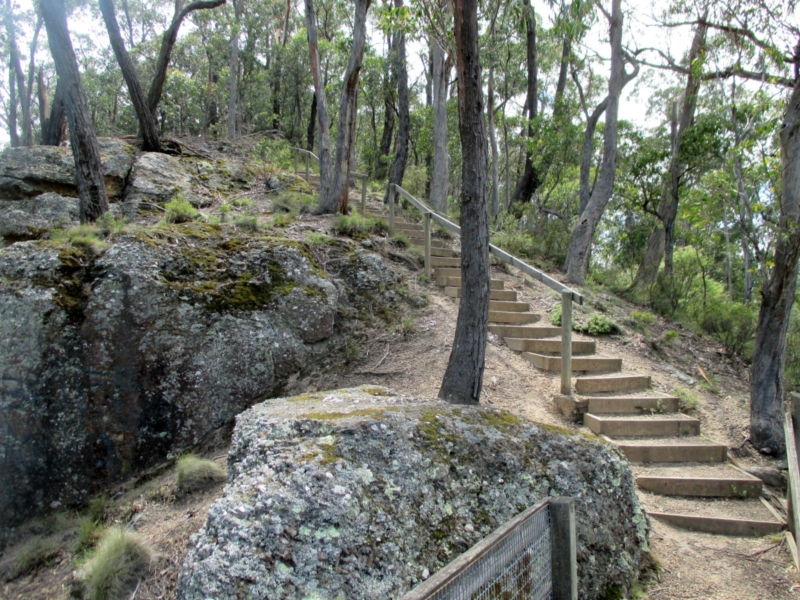 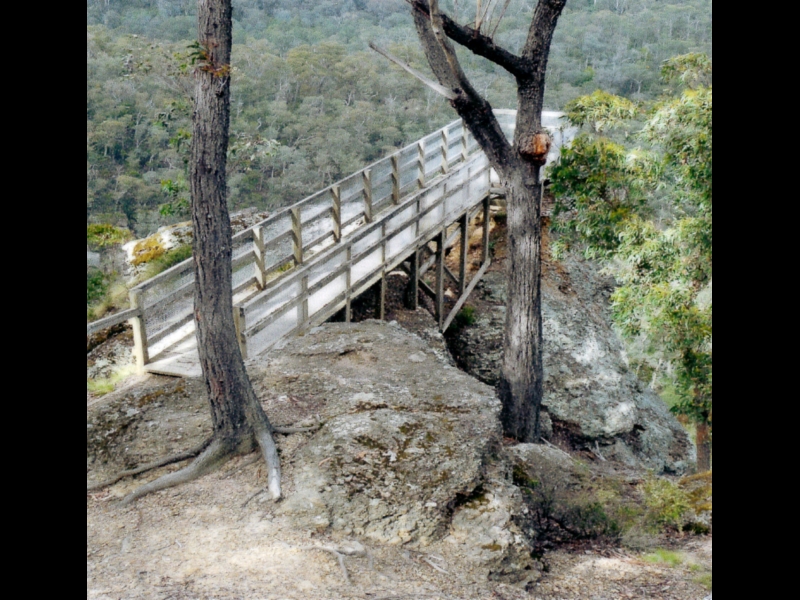 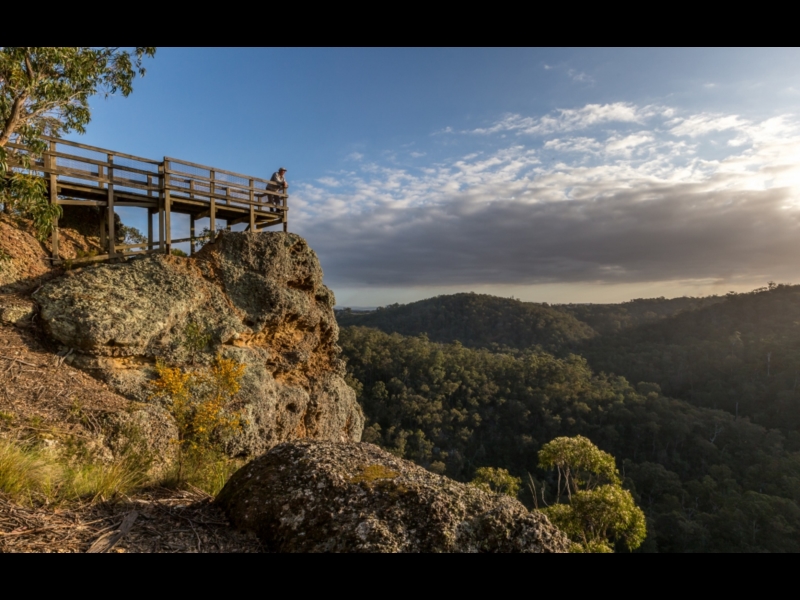 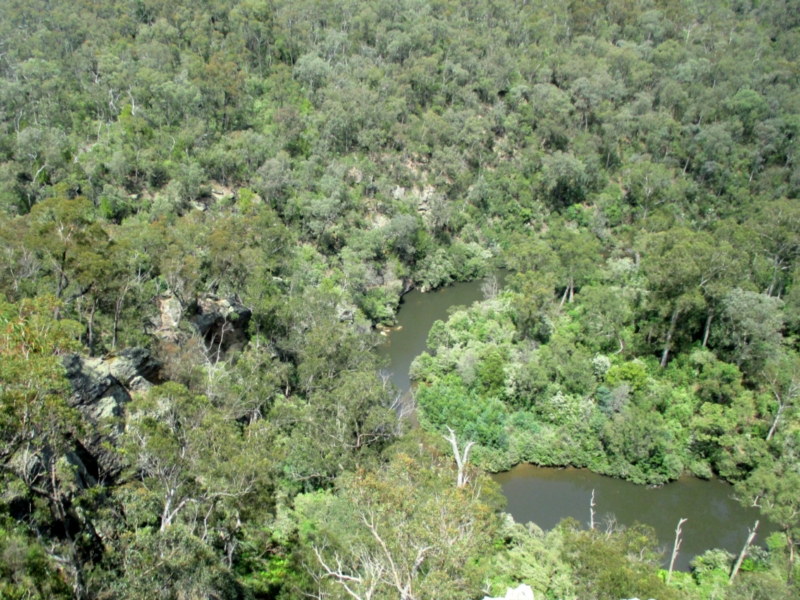 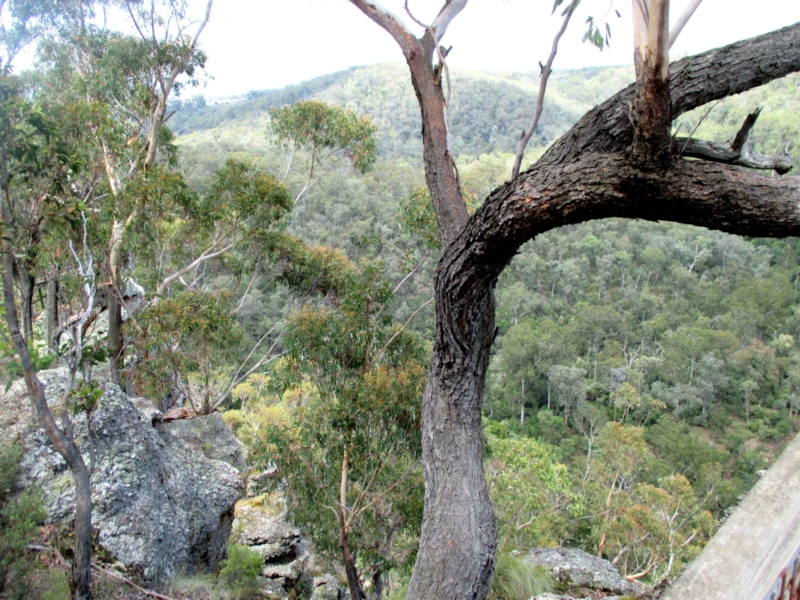 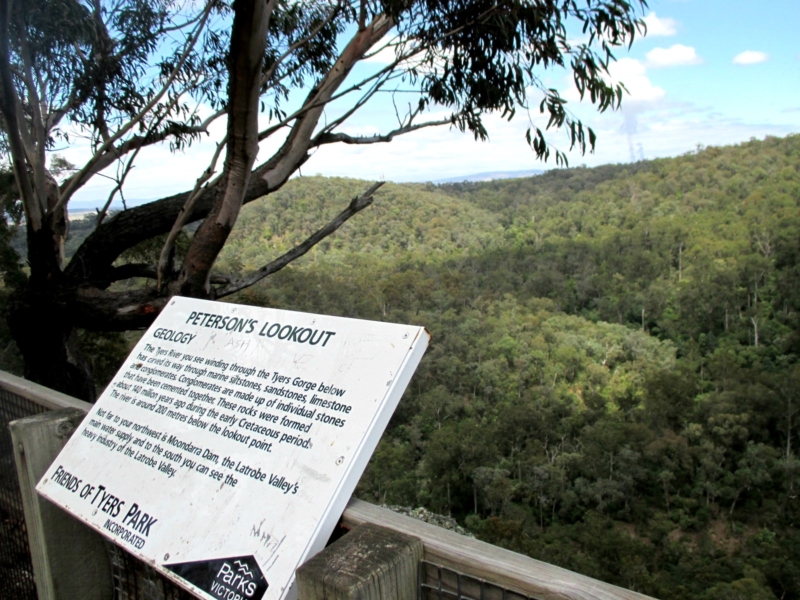 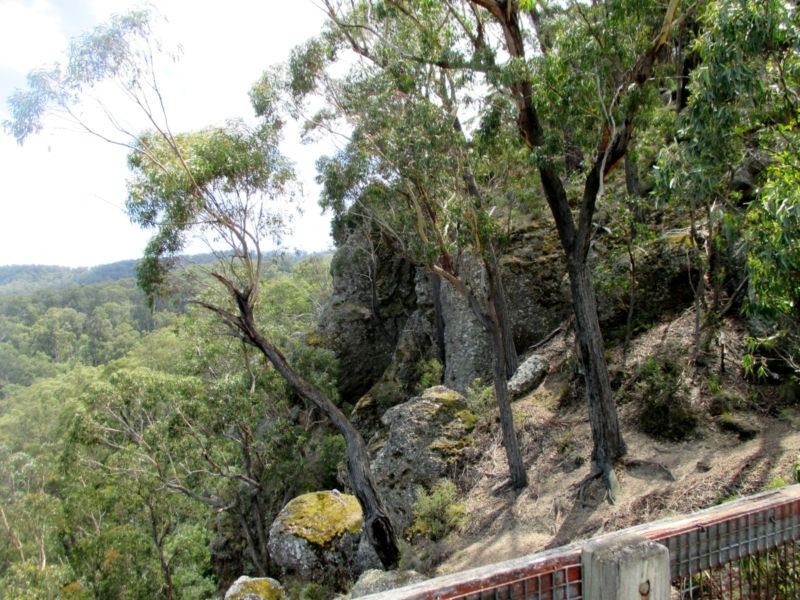 If you’re after spectacular views, don’t miss a visit to this site that will take your breath away. There is a steep section with safety rails to assist. The views are worth the effort!

If you’re after spectacular views, don’t miss a visit to this site that will take your breath away. There is a steep section with safety rails to assist. The views are worth the effort!

At just under a 500m round trip, this is a delightful (and short) walk at the eastern section of Tyers Park. Just 6km north of the Tyers township (and 163km from Melbourne GPO) on the Tyers-Walhalla Road (C481), keep an eye out for the brown-coloured sign on your left (just before the W2 track). You can also start the walk at the Tyers-Walhalla Rd at the W2 track, where there’s signage and a trail; this will add an extra 2km (or 4km return) to your walk, and has recently been certified as a Heart Foundation Walk.

The lookout showcases a panorama that takes in the foothills to the north of the Latrobe Valley, the industrial iconography of the Valley with farmland intermingled across the landscape, and a view of the Tyers Gorge where the Tyers River winds its way through steep forested slopes. Not far to your North West is the Moondarra Dam, the main water supply to the Latrobe Valley. To the south, you get some great views of the Latrobe Valley.

Sections of the track are steep, so you can’t avoid a climb but there is a safety rail to hold onto (or that will help to pull you up the hill!). And though it may be steep, it’s not a difficult walk and the view repays your effort.

From the lookout, your gaze sweeps across a crag of limestone and conglomerate (made up of individual stones that have over time become cemented together) that will interest not only geologists. These rocks were formed about 140 million years ago during the early Cretaceous period. Two hundred metres below, listen to the sound of the water coursing down the Tyers River Gorge, carved by the river over thousands of years.

Peregrine Falcons are known to have nested near the Lookout’s platforms and wildflowers are in bloom all through the year. Some of the Park was logged in the mid 20th Century as is evidenced by the remnants of an old timber mill near the commencement of the longer walk.

A historic cairn honours the man this site is named: Jim Peterson, whose tireless efforts to conserve the flora and fauna of central Gippsland was well-known. He was the editor of the Latrobe Valley Naturalist for many years, and his enthusiasm, energy and vision inspired many others to appreciate the natural beauty of the region.

If you have the time, do yourself a favour and pull into the Tyers Lookout (2.5km north on the Tyers-Walhalla Road). Check out the excellent interpretive signage that locates you on a 360 degrees topographical map installation (even telling you you’re 800km from Adelaide). It’s a brilliant overview of where you are in the landscape. This is the Lookout tourist buses pull into because it is reputed to have one of the best views of the region on offer.

A memorial to Jim Peterson welcomes the walker and provides the historic context of the walk.

2. Safety rails can be handy

The Lookout track is secured by safety rails, which provide a welcome degree of reassurance as you head towards the lookout.

This place will take your breath away. It’s truly an awesome view.

The lookout has been built high above the Tyers Gorge, and casts a wide eye across a magnificent landscape.

Two hundred metres below, the Tyers River carves its way through steep mountains.

6. On top of the mountain

You will get an excellent view to the south and the north along the Tyers River valley.

If you’re looking for rocks, this is the place to visit.

The mountain face is cemented with conglomerates.