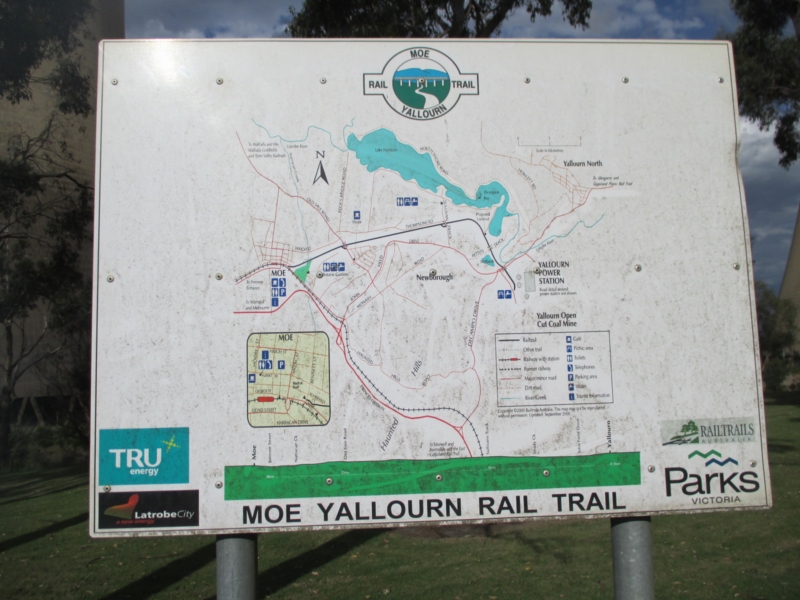 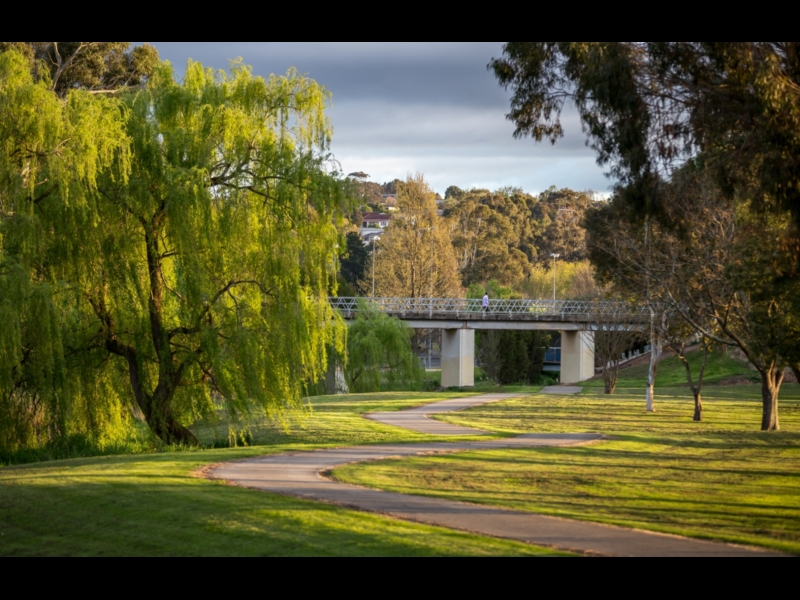 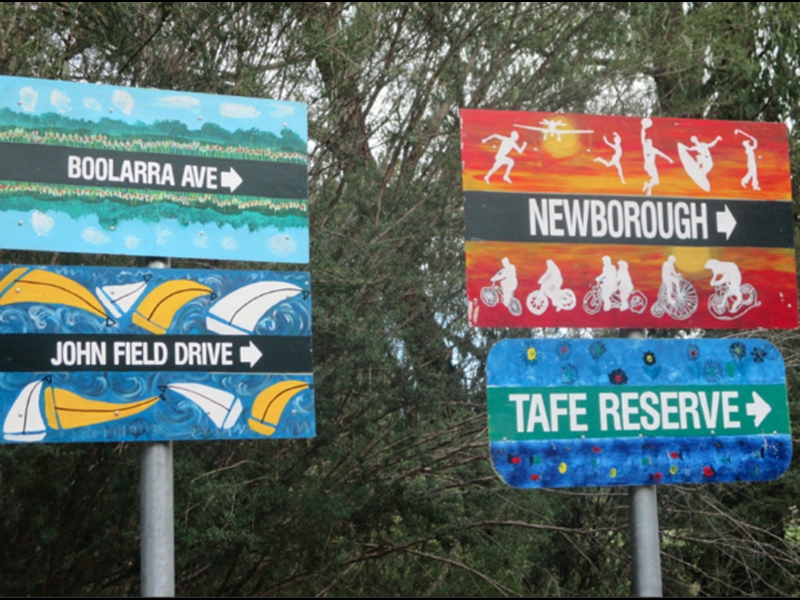 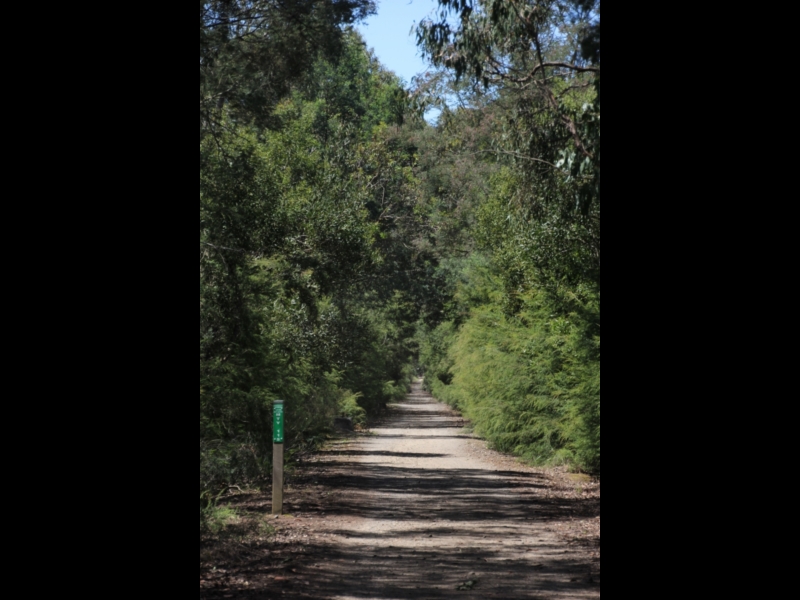 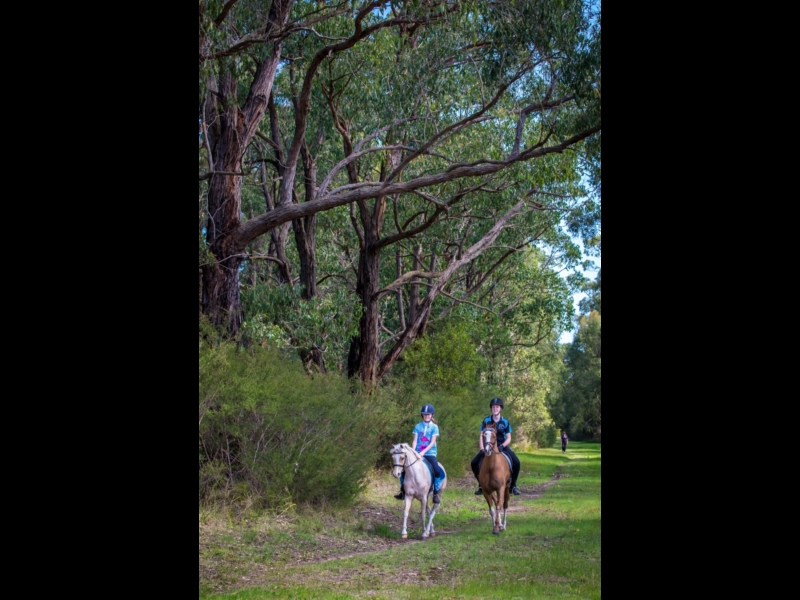 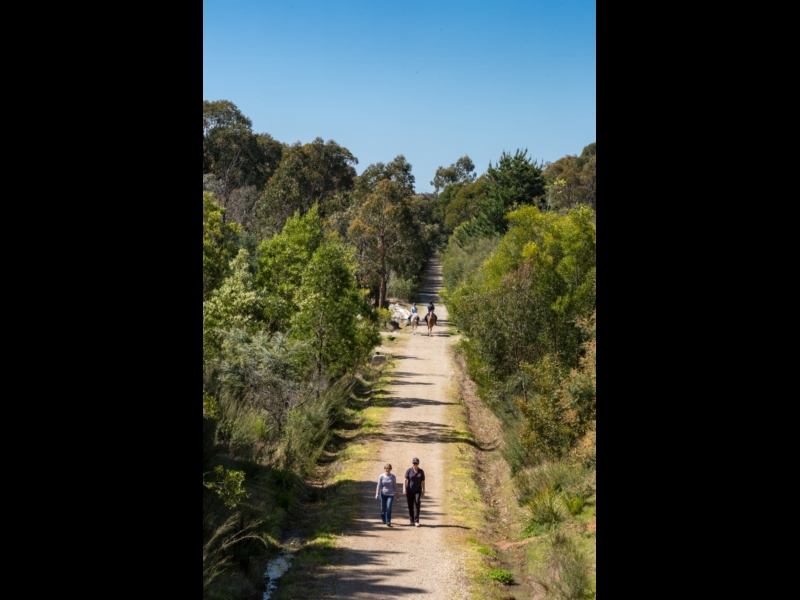 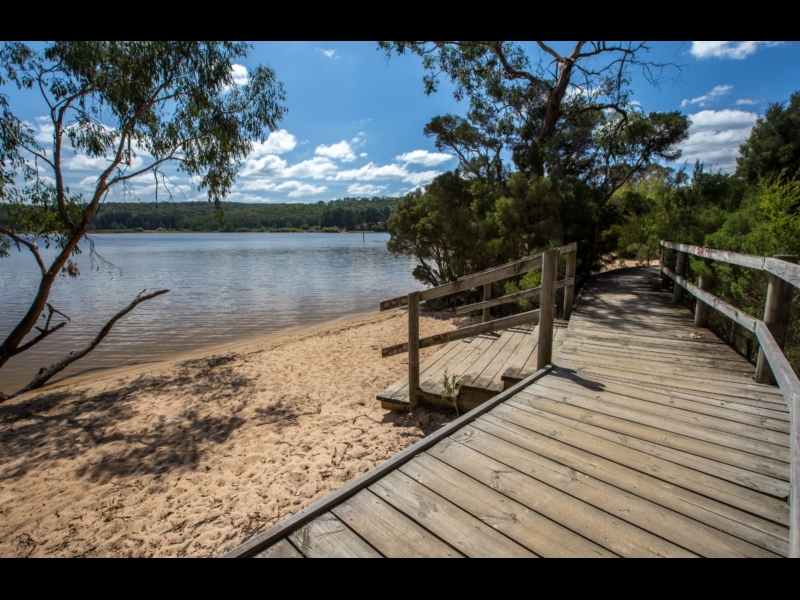 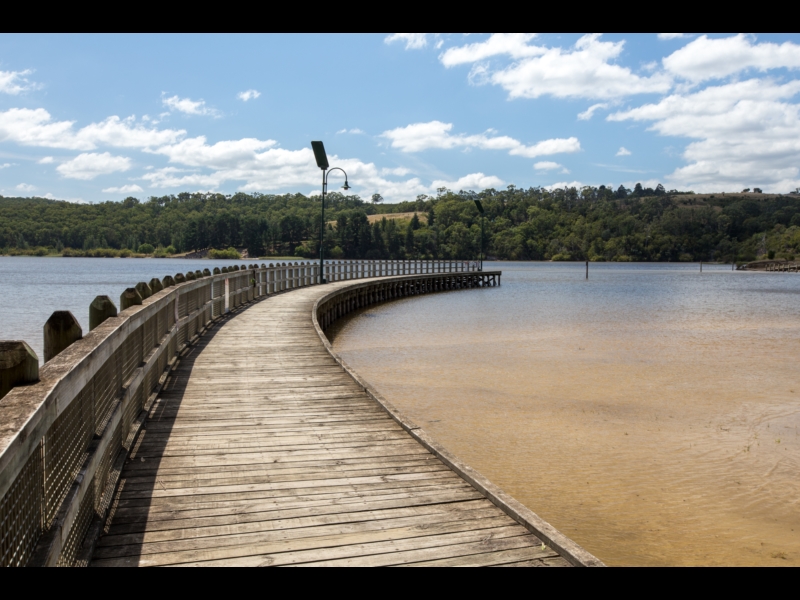 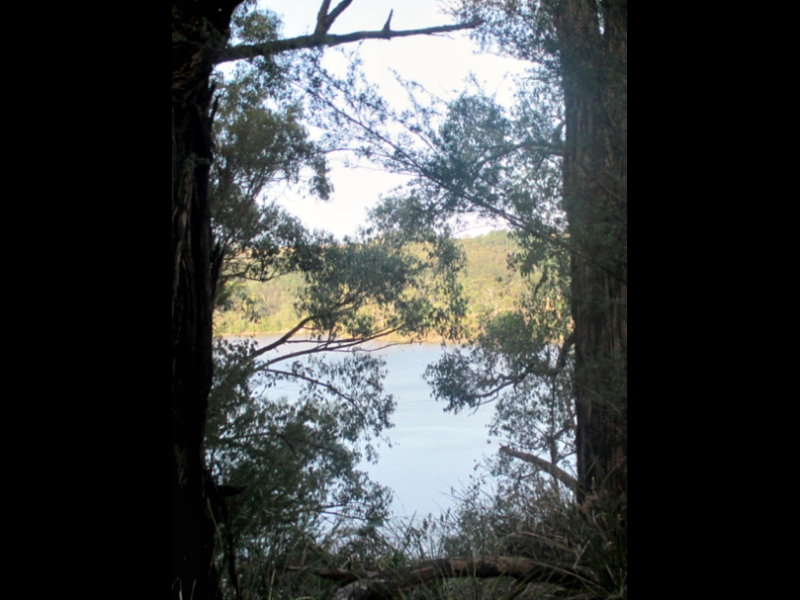 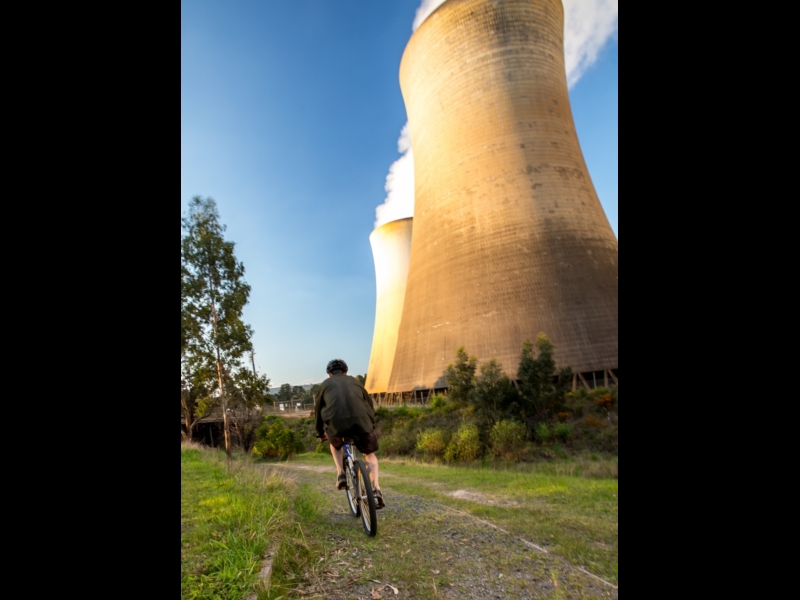 This short 8km scenic trail that traverses open countryside and remnant forest, with views of Lake Narracan, Haunted Hills, mountains and the Yallourn Power Station. Suitable for walkers and cyclists.

This short 8km scenic trail that traverses open countryside and remnant forest, with views of Lake Narracan, Haunted Hills, mountains and the Yallourn Power Station. Suitable for walkers and cyclists.

Following the route of the old rail branch line that once serviced the Yallourn West Power Station and a burgeoning briquette industry, this continuous off-road trail starts 130km east of Melbourne in Moe and is reached via the M1 Freeway or the regular train service from Melbourne.

The sign-posted entrance at Bennett Street begins the journey and takes you through the Moe Botanic Garden, across Narracan Creek along the meandering trail that runs adjacent to the townships of Newborough and Nth Newborough, traversing through an abundance of native flora and fauna. You’ll see large concrete blocks that were once used as bases for the overhead catenary poles to service the electrified line. Construction of the rail began in 1949, with the service fully operational from 1953 to transport stock from Yallourn Briquette Factory. Finally closed in 1989, it provided a loop that replaced the original line that had to climb over Haunted Hills. It used to be said that Yallourn had one of busiest lines in Victoria, not far behind the number of trains going through CBD’s Spencer St. Dedicated purely to briquettes, there were no passenger trains (except for when the Queen came and SEC staff picnics to Melbourne).

There are several side routes along the trail, with the most scenic being the Sullivans Track turn-off that leads to Lake Narracan. As you continue to Pettits Track, you’ll notice the retaining walls made out of red gum sleepers. If you want to go exploring on foot at this point on one of the more adventurous side tracks, look for the sign pointing to the Latrobe River. The overhead Moe-Glengarry Rd Bridge and steel gate signal the end of the trail although you need to keep riding for a short distance before finishing at Eastern Road, just beside the Yallourn Power Station at the base of the imposing cooling towers.

The trail is both well maintained and user-friendly. Pets are welcome. The Moe Botanical Gardens, the side route to Lake Narracan and the area adjacent to the cooling towers all provide picnic amenities and toilets. If you are making the return trip, travel via John Field Drive back to Moe. Alternatively, you can arrange for a car to meet you and include a short panoramic drive from the cooling towers to Coates Rd Lookout and the Open Cut Lookout. The town of Yallourn, built in 1921 by the State Electricity Commission (SEC), no longer exists. The discovery of a rich coal seam in 1961 led to the total relocation of the community in the early 1970s. For more about the coal industry’s history, visit the PowerWorks Centre at nearby Morwell.

1. Getting familiar with the Rail Trail

A map at both the start and end of this trail is a great way to get an overview of the journey you’re taking.

This beautiful reserve off Narracan Drive provides shade, the rotunda, picnic facilities along with a skate park, and is a well-loved site for locals and visitors alike.

3. Signage as art and art as signage

Created by school children who live in the area, the unique signs are dotted along the trail and indicate side trips you can make.

Designed to pinpoint your exact location in the case of an emergency, you can be sure that in this unlikely event, you’ll find markers installed along the entire trail.

It’s not uncommon to come across others, some on horseback whilst others are walking or bike-riding, and to stop for a chat.

6. View from the Old Sale Bridge

This is a lovely spot to stop at and look across the Latrobe Valley to the Great Dividing Range as well as down upon the rail trail and wave to others making the trip.

7. Take a trip along the boardwalk

There’s nothing quite like quietly walking along a boardwalk over a busy waterway, and depending on the time of day, you can be treated to a full orchestra of bird and frog song.

The detour at Sullivans Road to Lake Narraccan is well worthwhile, especially for a picnic or BBQ lunch, a throw of the fishing line, some sightseeing and even a swim.

Looking north through the trees near the eastern end of the trail, this beautiful stretch of water is a popular venue for water sports and the site of more than one national water-skiing championship.

A breathtaking view of the working example of a coal station, where these huge towers both cool and recycle the water in the process of generating electricity.