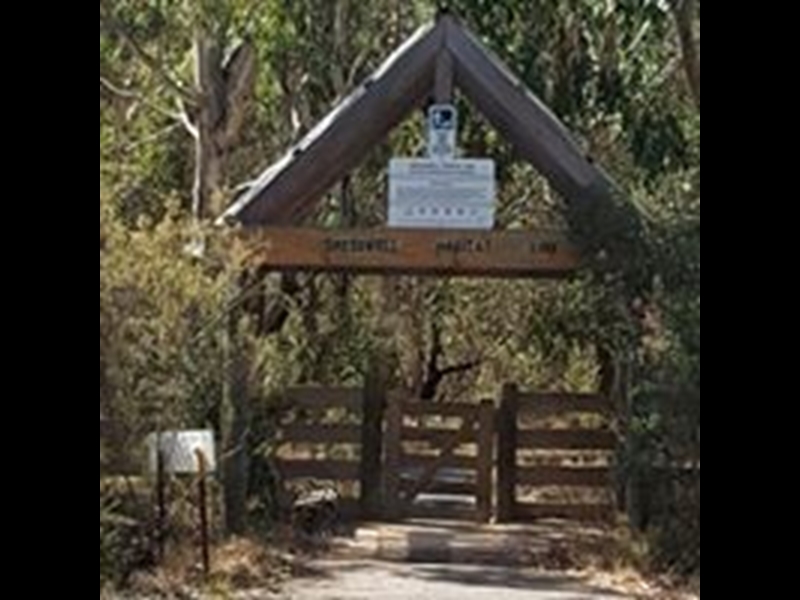 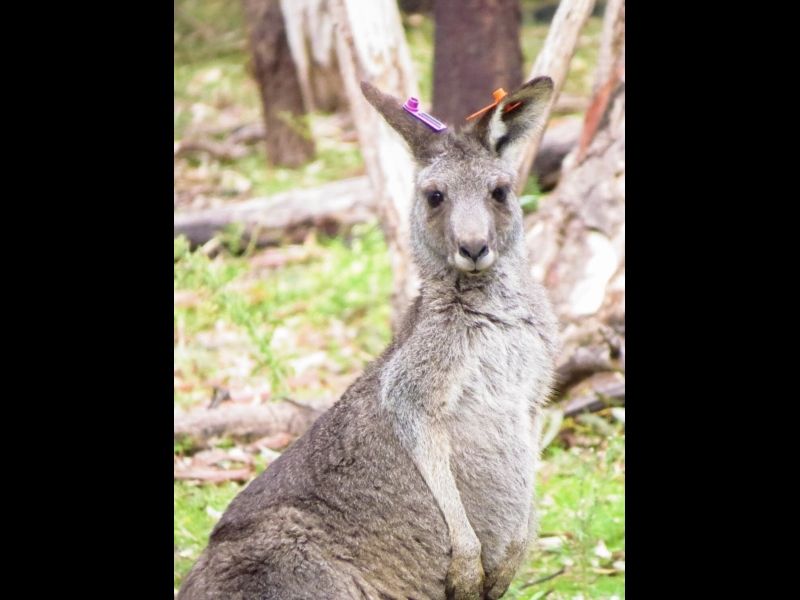 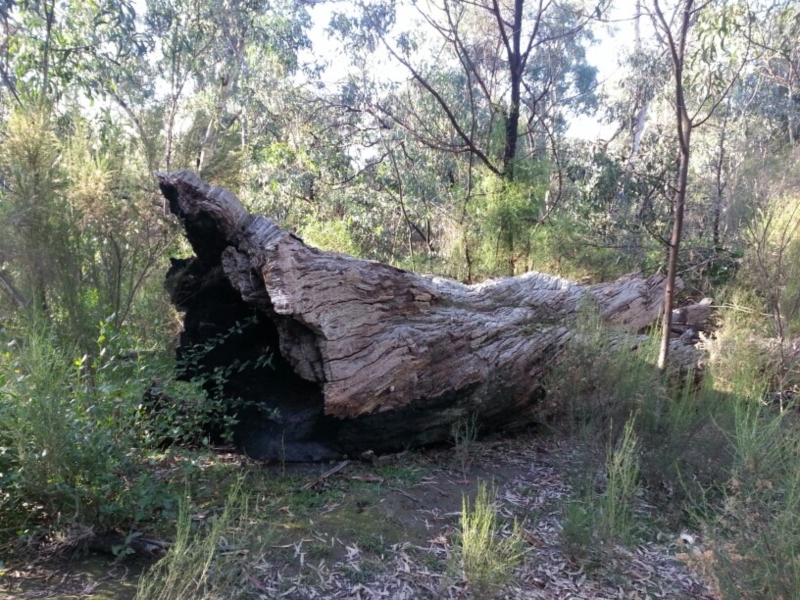 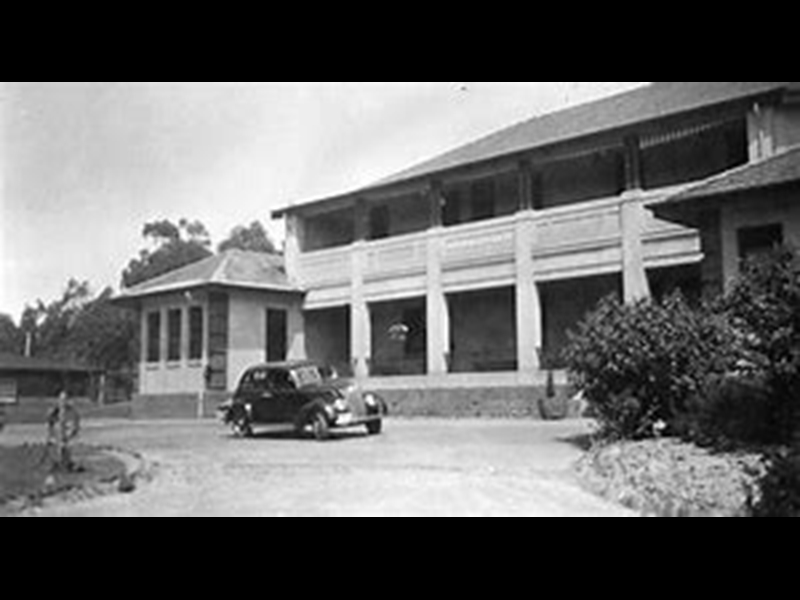 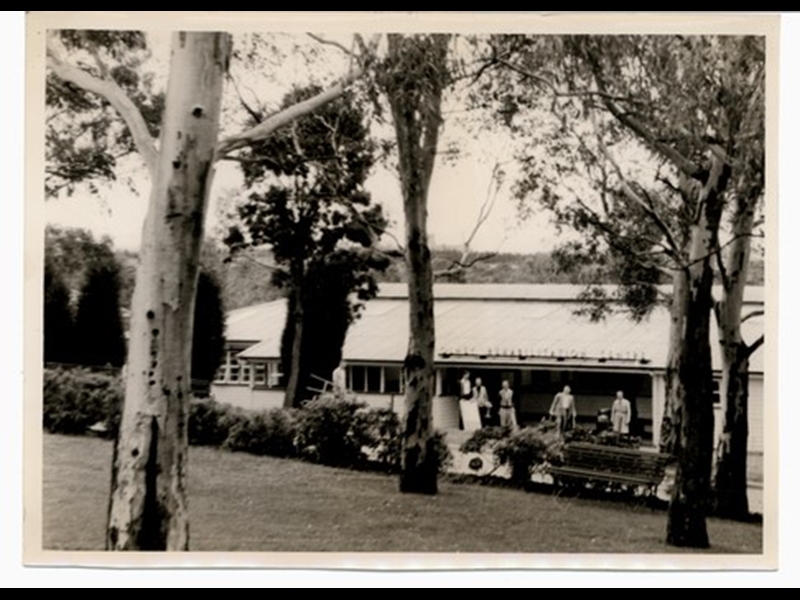 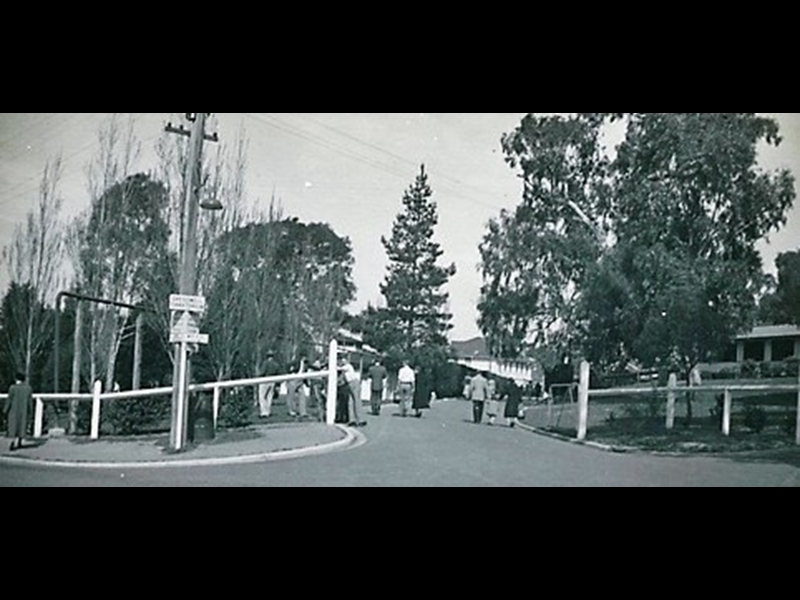 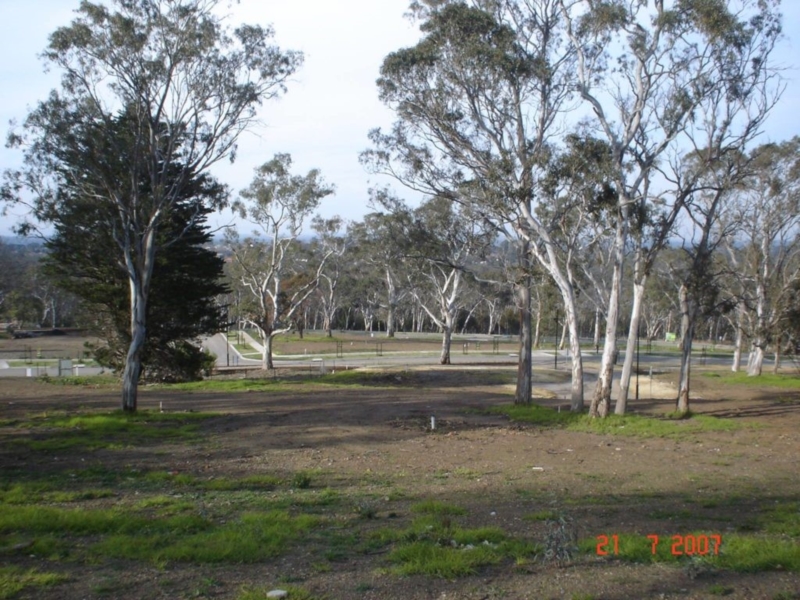 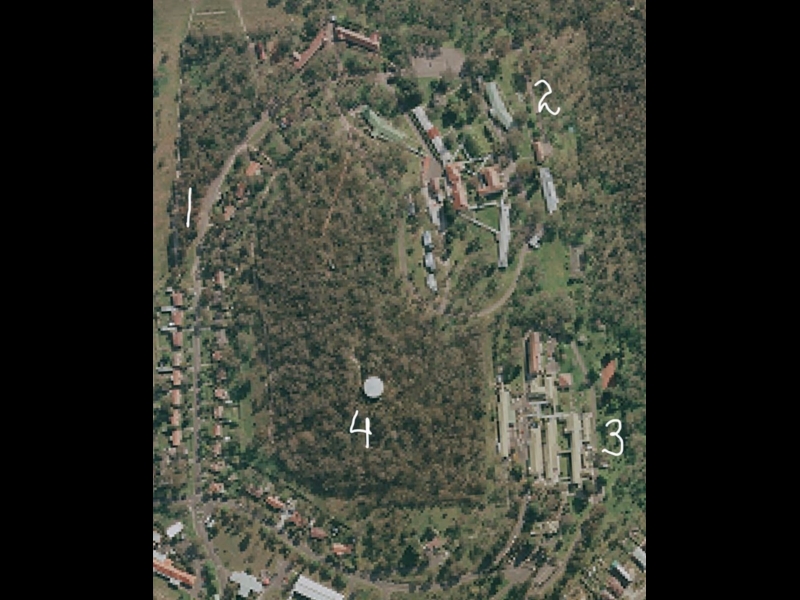 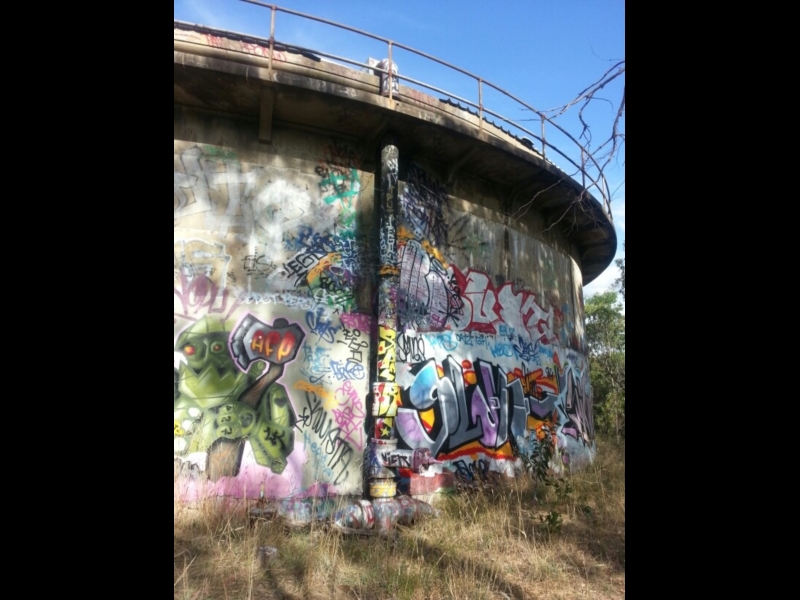 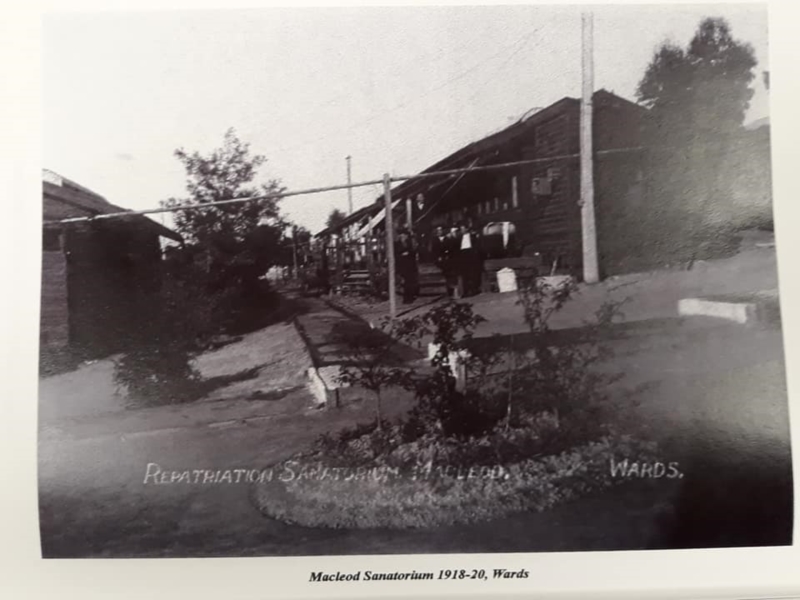 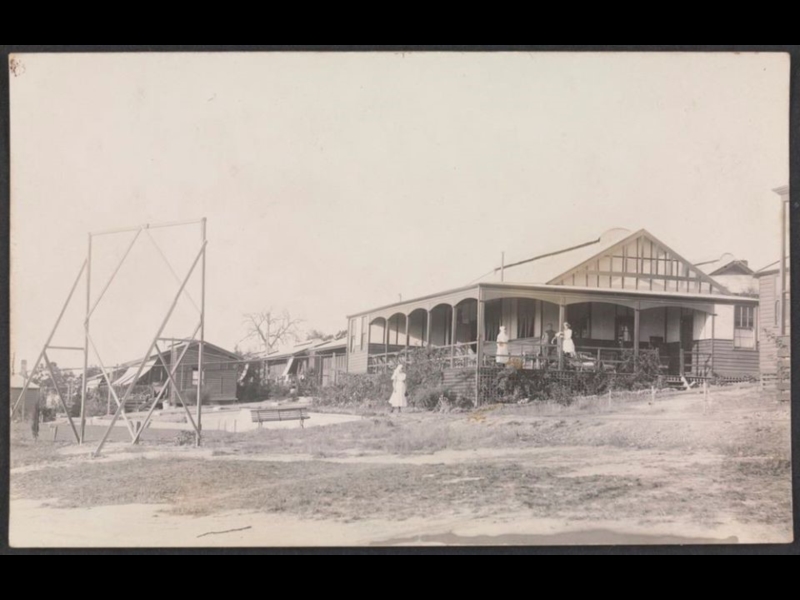 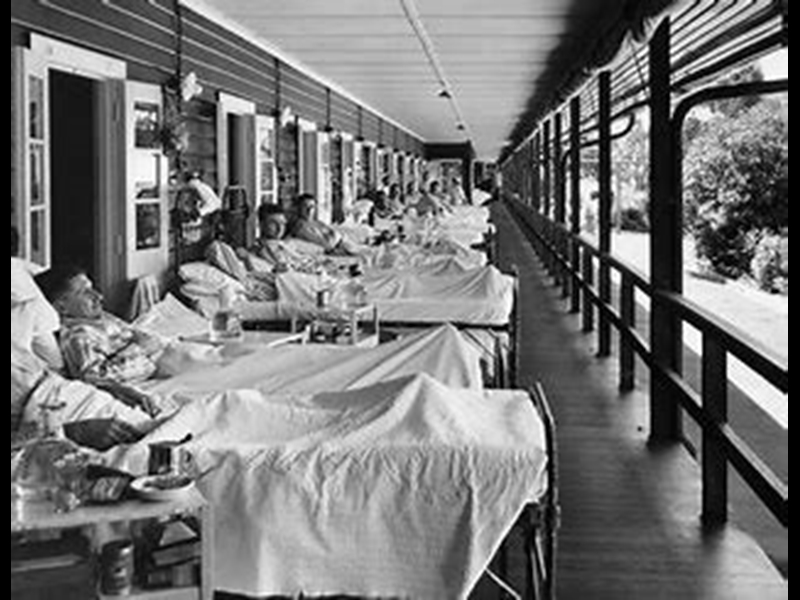 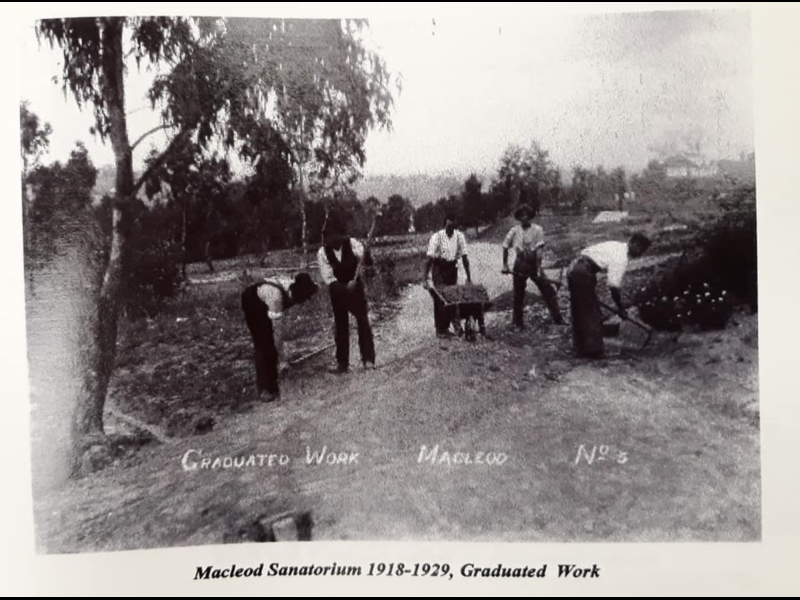 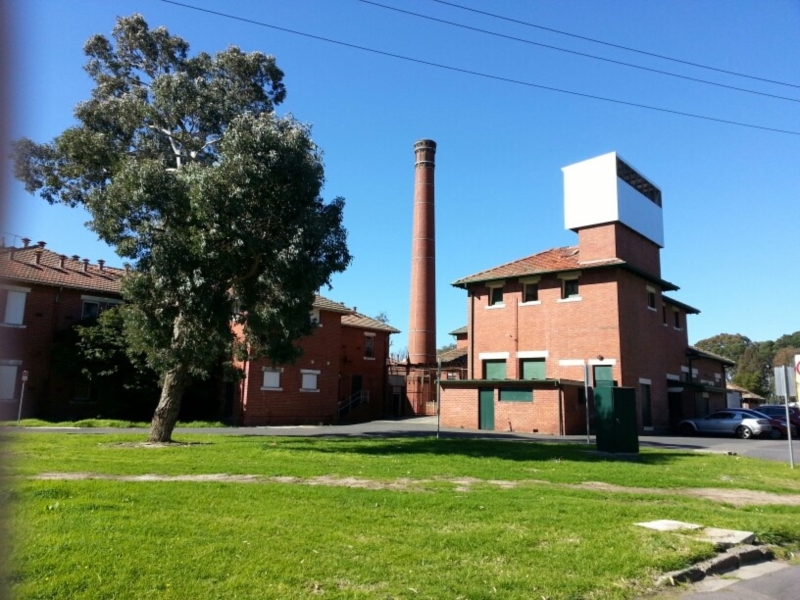 This walk starts in the Gresswell Reserve north of Gresswell Hill near the northern end of the Springthorpe Estate, and traces the sites of the old Gresswell and Macleod Sanatoria.

This walk starts in the Gresswell Reserve north of Gresswell Hill near the northern end of the Springthorpe Estate, and traces the sites of the old Gresswell and Macleod Sanatoria.

In the early 20th Century two Hospitals were built here to take care of patients with tuberculosis (TB). Gresswell Hospital opened in 1933 and was for civilian patients. It became the Gresswell Drug and Alcohol Rehabilitation Centre from the 1960s once the spread of TB was contained.

Macleod Sanatorium was opened in 1916 to care for military veterans returning from WWI, suffering from TB, which was a legacy of their terrible time in the trenches.

This spot was chosen on Gresswell Hill (formerly known as Mt Sugarloaf) because of its relative isolation from Melbourne, but its close proximity to Mont Park Hospital, which was catering for WWI veterans returning with mental ill health.

Gresswell Hospital was quite large and occupied land on the north and north east slopes on Gresswell Hill, stretching for about 500 square meters. It had 12 Wards on the slopes, therapy workshops including the Olney Centre, accommodation for staff and nurses at Davidson House to the north, the Medical Superintendent's residence near the entrance gates on the bend of Gresswell Rd.

A bowling green and volleyball court occupied the south-east corner on flattened ground.

Macleod Hospital occupied about 250 square meters on the eastern slopes. Four wards had pleasant views out to the hills of eastern Melbourne. Occupational therapy and physiotherapy rooms, kitchens, recreation rooms, staff quarters and the Medical Officer's residence were built on the hillside, and a croquet lawn and tennis court were provided for recreation. The Red Cross raised funds for sports equipment, books and art works and regularly provided entertainment for the ex-servicemen.

Macleod remained a Repatriation Hospital, known finally as the Veterans' Affairs Aged Care Facility, long after TB was eliminated by drug treatment and a successful vaccine.

The bushy area remaining around Gresswell Hill is now enjoyed by local families and Springthorpe residents, and is home to many kangaroos who roam through this unique habitat. A very large Water Tank still stands on the top of Gresswell Hill. It was designed by Sir John Monash in 1912, and served all the hospitals in the area.

Read more about the Macleod Sanatorium.

Walk starts as a pleasant wander though the north western side of the scrub and native trees of the Gresswell Forest Nature Conservation Reserve.

2. Go through the Kangaroo proof gate, watching out for wild tagged kangaroos

Kangaroos like to graze here, at the back of the Bendoran Cres houses. Stick close to the boundary fence and head east. Davidson House and the Nurses Home of Gresswell Hospital were located here.

3. Houses of the Springthorpe Estate overlook this bushy track

4. Gate 10 of the Reserve leads up into O'Meara Place

From the end of Antechinus Track walk into O'Meara Place. Antechinus are tiny, rare nocturnal marsupials (about 10 cm long), which feed on insects and flowers. Gresswell Administration was here.

5. The Olney Rehabilitation Centre was located here in the 1930s

The Olney Centre was down the slope from twelve Wards for civilian patients with TB. This is now O'Meara Place. (Joseph O'Meara was the Farm Bailiff at the Mont Park Hospital from 1913).

6. The Gresswell Hospital Entrance was near the bend in Gresswell Road

Up Gresswell Road from O'Meara Pl was the location of several large hospital wards. Open to the fresh air, this was believed to be good for TB patients. Nice views existed on the hilly slopes.

This is the highest point of our walk and looking east from Crestwood Ave, the view is quite extensive and full of green bush now. In 2007 the cleared development was captured in this photograph.

8. The Gresswell Hospital grounds extended to the bottom of Crestwood Ave

9. Directly west of this point is the Water Tank on top of Gresswell Hill

This Tank, built before World War One, supplied water to all the Hospitals on the Mont Park site. It is a steep walk up to the elegantly graffitied Tank, through dense bushland which hides the views.

10. The four main Macleod Sanatorium wards extended to the east from here

The Macleod Hospital Medical Officer's residence was about here at the hospital entrance near the southern end of the site.

The Red Cross Recreation building was always an important focus for relaxing activities, and was located on the slopes near here. A tennis court and croquet lawn were on level ground below.

David Cade worked at Mont Park and his son John Cade discovered lithium to treat bipolar disorder in the 1940s. John's brother, Frank, was hospitalized here after WW2, when he returned with TB.

13. Back to the site of the Gresswell Rehabilitation Olney Centre

Patients were encouraged to exercise and do light duties to aid in their recovery from TB. Work included growing vegetables and tending chickens, woodwork, building and concreting.

14. Walk back now through Gate 10 and on towards Beldoran Cres

The Hospital sites were both closed in 1993. Springthorpe residents and visitors enjoy this peaceful location. None of the original buildings remain, not like on the Mont Park Hospital site, see pic.